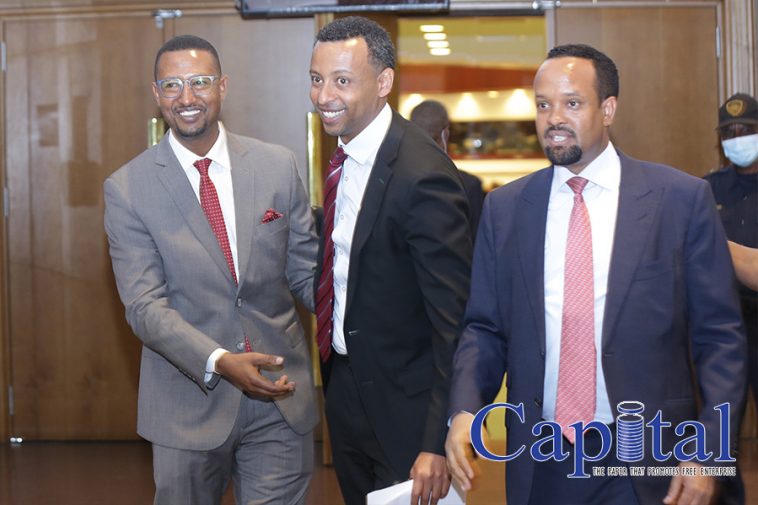 Insurers urge that an independent regulatory body for the insurance industry is urgent for the needed sectoral development. The government disclosed that it is considering changing the regulation status.
Experts in the insurance industry expressed that the sector is regulated by the National Bank of Ethiopia (NBE), central bank, and not governed by the proper body which affects the growth of the industry.
At the panel discussion held under the 5th Annual East Africa Finance Summit organized by the iCapital Institute, Yared Mola, CEO of Nyala Insurance and President of the Association Ethiopian Insurers’, reminded that the association had conducted a study that shows the sector needs a proper regulatory body that has adequate knowledge about the space, rather than being controlled by the body that has more of a focus in the banking industry, “insurance is different from banking. It has got its own purpose, so we need someone to understand our entity.”
Fikru Tsegaye, Executive Officer for Strategy and Business Development at Ethiopian Re, on his presentation amplified the experience of the international reputation of the sector and its governance.
He said that similar to the International Association of Insurance Supervisors, which set some parameters to consider certain regulatory authority independence on the fate of the insurance company’s focus today, similar independence ought to be picked up on.
“They have around four parameters; supervisory, institutional, budgetary, and regulatory independence and these supervisory authorities should be independent of government and political influence,” he said by adding that one of these pillars is not applied in Ethiopia.
He argued that regulators should understand the unique nature of insurance from various perspectives, “they should know that insurers are different from bankers in terms of their functions, business models, risk exposures and regulatory mindset as well as the required expertise.” 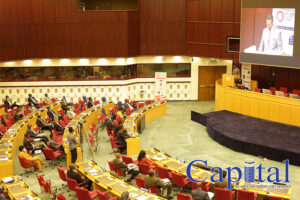 “Independent regulators provide equal opportunity for the private and the public sectors. Otherwise, in our case we can see that the regulator is not giving equal ground for the private and public players,” he said, adding, “insurance regulatory authorities should be independently structured to avoid single point of failure and confusion and public fear.”
He showed the experience of other countries and mentioned the experience of the insurance sector in Kenya which has a separate regulator, realizing huge success as a result.
“When we see our situation against the four pillars of the standard of International Insurance Supervisors, we are definitely missing key elements,” Fikru said.
Yared explained that an independent regulator means the ability to lead without undue influence of government, industry or other parties.
“The Insurers’ Association conducted a rigorous study on the regulatory framework and it has shown that the independence of regulatory problem in Ethiopia is overdue. It should consider regulatory independence, supervisor independence, budgetary independence, and operational and institutional framework,” he added.
Zafu Eyesuswork, the insurance sector guru who is one of the sector experts frequently raised the issue that the regulatory body for the insurance sector should be different than the current position. He reminded that he maintained the same opinion when the sector reopened for the private sector in the early 1990s.
“In 1992 or 93 I was officially asked by the NBE. I was not in this country; I was the Chief Executive Officer of the African Re Corporation with headquarters in Lagos Nigeria. And one of the things that I was asked then was, what is your opinion about where to place insurance supervision which I sent saying whatever you do please make sure that you do not put supervision of the insurance sector in the bank; set up an authority, a commission or some supervisory authority, which could be lead by a board with a national bank as the chairperson of the board but comprising of insurance professionals,” Zafu recalled his view from about three decades ago.
Fikru recommended that the regulatory body shall be formed through relevant government office with the inclusion of experts and relevant sector players, “ the regulatory body most preferably should be answerable to the Ministry of Finance and doesn’t need multiple layers in between because adding layers doesn’t necessarily mean value addition to the sector.”
“The national bank should also set us free and let go of the insurance industry because they have not contributed much to the sector when seen under various growth parameters,” Fikru opined.
“So, this is the right time for the insurance industry to set up an independent regulator. And I don’t think we need to waste time with the current structure that should be replaced by supervisory institutionalism which is very independent,” he added.
“This is about requesting how to understand our industry; insurance is different from banks because it has its own business model,” Yared said.
The duo expressed their hope that change in the industry will come to fruition soon.
Belay Tulu, Director of Insurance Supervision Directorate at NBE who was part of the panel discussion at the event that the iCapital Institute organized, in his personal capacity hinted that the government is considering the change regarding the governing body for the insurance industry, which is very poor compared with peer countries in the continent.
Regarding the separate regulation of the sector Belay commented that yes, there is no question about that, “not only the insurance industry but many individuals including me as an insurance professional who is very much concerned on the development of the sector have been trying to put forward, the idea of having an insurance regulator, which is very much capable and effective to lead the industry and bring the very much desired growth and benefit to the general economy.”
“So as for us having this regulator structure outside the central bank, is an issue that has been on the public forum, but this time around the national bank, including, as you have heard earlier at the opening session, from Ahmed Shide, Minister of Finance, the issue has been brought to the attention of the decision-makers,” he added.
“I cannot tell you and have no idea about whether there is a timeline for the decision. But what I know actually is that it has been presented to the decision-makers and we hope there will be in a short time,” Belay remarked when asked about the timeframe on when to expect the new change.
In his opening remark, Ahmed confirmed that the government is working on the insurance sector regulatory reform.
In the early times, the insurance business was overlooked by the Ministry of Commerce and Industry, but ever since the Derg regime came to power, NBE took over the role as the regulatory body. 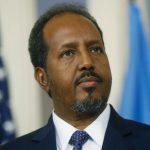 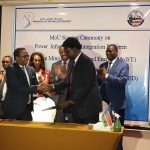