My Keen observation which way forward for Tigrai

“Maximum openness of the actions in power, public wisdom, instinct, and a sense of self-preservation can in due time warn leaders against carless steps that would be paid for a letter by the whole country” Essay on Leadership

True leaders understand that undemocratic means must not be used to achieve democratic ends. Yitzhak Shamir, former PM affirmed, “peace without security would be a disaster for Israel”. That holds also true to Tigrai’s situation. Right from the start TPLF did not see the importance of security, which was a grave mistake. Peaceful negotiations with genocidaires should not be only TPLF’s agenda, it should be a broad based, inclusive and a democratic process. Political party is generally supposed to provide leadership by giving new ideas and projections that are timely, based on public opinion and act as a change agent for implementations of new ideas. Today our polity faces a bankruptcy of the mind as it has become a theater of the absurdity and aloofness.

The Tigrai struggle is between the past with a historical oneness and the future as there is no option other than to continue marching for the dawn of justice and freedom. The leaders of the Tigrai state have a major obligation to assure to their citizens that peace, stability, and security is safeguarded throughout the negotiation process. National unity and reconciliation among Tigreans in a spirit of understanding must be the priorities of those leading the State of Tigrai.  The political culture that served the TPLF exceedingly well in the past, has nevertheless failed to avert the present crisis. It is time for Tegaru in diaspora, with the rest of our people at home, to set a clear agenda and roadmap for our future Tigrai. We realize the most Tegaru in diaspora are in pain and agony, more fearful than ever, about the fate of our country Tigrai.

In the name of all those who sacrificed their lives for the cause of Tigrai to bring peace and democracy, we should pledge to execute the heavy responsibility in absolute fairness and honesty. We need radical changes on how we should work together in unison without egoistic and group belongings. At the risk of being politically incorrect and making enemies and at the risk of violating the general silence at this stage, I want to express my sincere thoughts. Wise people learn from the mistakes of others, clever ones from their own, and fools continue to repeat the same mistakes over and over again and live in abject ignorance.  Given my interest in working with few advocacy groups, which I have at heart, which I feel strongly about and has tormented me for a long-time being incapable of influencing the course of events to change the sad condition of life of my Tegrawot for almost two years. It is a high time to reflect strategies on what has worked and stalled the progress of our advocacy.

I am trying to move us towards a better understanding of our checkered past. The approach will help us to remove all the woes so that we can cleanse our souls from deeply buried mistakes and sense of guilty. I write the truth in the hope of helping every Tegrawot achieve justice and democracy. Let me outline the core principle that I uphold, so that there will be no more misunderstanding where I stand on our state Tigrai. I don’t need to overdramatize our illustrious history, just stating the facts is dramatic enough.

The leadership (TPLF) was engaged in incessant talks in the last eight months without producing anything substantive and tangible, let alone constructive initiatives for Tigrai. The opposition parties should no more be hold hostages, be in a quandary or cornered by the blackmails of the old guards and their attack dogs. Instead of trying to have a united front against a murderous regime of Abiy, libels are given to them as enemy of the people in people’s conferences summoned by the ruling party. As if Tigrai belongs to a specific race or party, others who fight for our future Tigrai are sidelined and given names. Old habits never die as Tigrai is the sole inspirator for our struggle to emancipate ourselves from our killers a joint force of Abiy Isaias Farmajoo, UAE, Iran, Turkey, China, Russia, etc. 8 million people challenging the whole bunch of forces to annihilate us. We paid very huge price to dislodge the most heinous occupiers of our sacred land. On the other hand, Abiy supporters have successfully managed to find a propaganda machine, an effective media outlet with utter innuendos and lies. Silence of Ethiopian our Tegaru scholars though sensitive in the beginning of the armed struggle against the aggressors have been very illusive (have you ever heard them talking about the TPLF leadership failure? it is taboo! They are silent. By default, or by design, the TPLF has installed a giant patron-client network for the purpose of political consolidation, and this kind of political patronage has eventually a significant number of Tegaru intellectuals and professionals sidelined, who could have immensely contributed to the development of democracy.

I like to address the significance and importance of political ideology and theoretical framework that are presently scarce amongst our diaspora community. By political ideology I don’t mean the old ideologies of liberal and/or radical schools; I mean rather a variety of types that could serve as alternative narratives that Tegaru need to uphold in order to correctly analyze emergent contours and challenges. More specifically, I meant Tegaru must establish articulated roadmaps for an action plan in addressing outstanding issues.

Tegaru, therefore, must no longer be guided by the old ideologies of the liberal, Revolutionary democracy and the radical, which are alien and irrelevant to the larger Tegrawot society, and begin rather to formulate a new theoretical framework ‘social constructivist’ and begin to study our own history language and culture, and ultimately establish policies of our own. The social constructivist theory recognizes the potential of individuals and groups as game changers in society, not only by receiving ideas from outside influences but also by methodically and creatively evolving their own distinct ideology that in turn sustains an independent national mode of thinking.

Noam Chomsky once said: “The smart way to keep people passive and obedient is to strictly limit the spectrum of acceptable opinion but allow very lively debate within the spectrum.  What is to be expected, after feeding people all kinds of falsehood about their history and thereby breeding unnecessary conflicts between groups, if such people simply followed the logic of such absurdities to their conclusions?

The time has come to recognize the TPLF leadership for what it is – an institution which in varying degrees has had, and continues to have, a largely positive/negative effect on mishandling the military victory with a political and diplomatic failure. The sate bearing party considered to be a pariah after 27 years in power is a total failure. We have to look into what our main impediments are and find out solutions in a very democratic state and way of approach. Being a democratic essentially, our people need to be heard, needs are dire, stratifications within society and between societies are alarming, and food/ medicine should reach our needy. Enough is enough! Let it be known that this generation of Tigreans will not remain complacent to all the injustices that have brought the catastrophe afflicting the enduring in a history never matched in the world to bring down a whole a populace. Tigrai isn’t for bargain and Tigrai is more than any politician working for the preservation of non-existing country. Tigrai has paid enough!

A united and Democratic Tigray shall prevail! 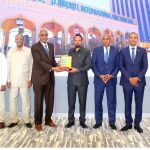 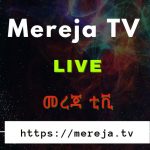