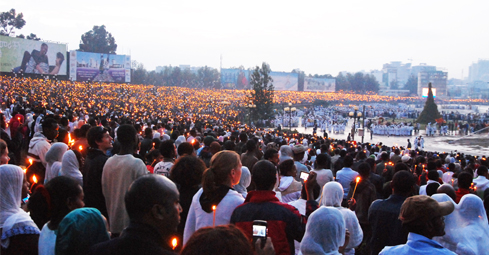 The Ethiopian New Year comes up with various religious and cultural celebrations which are marked indoors among families and outdoors with the entire public in mammoth paraphernalia Meskel, the holiday celebrated in commemoration of the Finding of the True Cross.

This year Meskel is celebrated in Ethiopia amidst two sets of wars that were waged on the people and government of Ethiopia by terrorist TPLF and at a point in time when the country is facing huge rounds of political pressure from the western countries who wish to reinstall to power a terrorist group which is now entrenched in Mekelle. Ethiopia is still grappling with the after effects of COVID-19 and the drought that occurred in different parts of the country.

Meskel, meaning the Cross in Amharic is an annual religious Ethiopian holiday among Orthodox Christian believers and the first outdoor feast in the Church calendar. Meskel takes place on the 27th of September, or 28th during a leap year, Gregorian calendar.

In addition to its religious values, Meskel coincides with the end of the main rainy season (June to September) and the onset of Ethiopian spring in which fields and meadows in the country are carpeted with mesmerizing endemic daisies, locally known as adey abeba, with their captivating yellow colors which majestically envelop the Ethiopian fields. The daisies prevail for only two months and disappear over the next ten months to reappear at the same rainy season the next year.

Meskel is also a time when many urbanites return to villages. Neighborhoods and villages celebrate Demera . In the morning, the faithful paint their foreheads with the ash from the burned bone fire as a gesture of good will.

The feast of Meskel started on the 26th of September with the celebration of the Demera, a ceremonial burning of a large bonfire. It is a special event that is conducted on the eve of Meskel to recall the smoke that supposedly led Empress Helena to the site of the True Cross.

The True Cross, upon which Christ had been crucified, was thrown in a ditch or well, and then covered with litters, until Empress Helena, mother of Constantine, the first Christian Emperor of Rome, discovered the place where three crosses that were believed to be used at the crucifixion of Jesus and two of the crosses where the two thieves were executed with Him.

Empress Helena had a revelation in a dream to make a bonfire and that the smoke would show her where the true cross was buried. So she ordered the people of Jerusalem to bring wood and make a huge pile. After adding frankincense to it the bonfire was lit and the smoke raised high up to the sky and returned to the ground, exactly to the spot where the True Cross had been buried.

The national feast of Demera is held at Meskel Square, a huge square in Addis Ababa, on September 26, in commemoration the Finding of the True Cross.

At the Meskel Square, in the afternoon, dozens of Sunday school students and members of the clergy move through the square singing spiritual songs that last for hours. As darkness begins to set in, the demera is set ablaze.

The following day, the official day of the feast of the finding of the True Cross, Ethiopians attend liturgy and a feast and celebrate with family and friends. Many use the ashes from the demera mark a shape of cross on their foreheads.

The Demera festival of the Meskel holiday, whose celebration dates back to 1600 years, has been registered as world intangible heritage by UNESCO in December 2013, as the first intangible Ethiopian heritage.

During Meskel festival, a special species of birds known as ‘YeMeskel Wof –Meskel’s Bird’ also appears to be visible. Generally, the word ‘YeMeskel Wof’ is used to call the four bird species, namely the northern red bishops, indigo-birds, whydah and widow birds, and yet it has more than ten species under it. These birds are also enjoyed by bird watchers during Meskel.

These birds are endemic to Ethiopia, and do not migrate from one place to another as other birds do. As September, Ethiopia’s first month, is their reproduction season, the colors of their feathers gets changed in order to attract opposite sexes. Due to this change, it looks that they are new birds that appear only at this time of the year.

Meskel also marks a tourist season in Ethiopia. Thousands of tourists from many countries converge on Ethiopia to enjoy the ceremonies during the Meskel celebrations.

Meskel is celebrated as a grand religious occasion among the Ethiopian Orthodox believers because it is believed that a part of the True Cross has been brought to Ethiopia. It is said to be kept at Amba Gishen, which itself has a shape of a cross.

Priests carry various types of cross with their ceremonial staff in conducting mass and other forms of prayers including a ceremonial blessings and sanctification of holy waters meant for healing the sick and casting out evil spirits from persons suspected of being possessed by demons.

Mario De Salvo says that “There is no country in the world that matches Ethiopia in the number of forms and types of its crosses. Ever since Ethiopia’s conversion to Christianity, the cross has appeared almost universally, not only as a liturgical instrument in churches and monasteries, but also in common devotion and in daily life.”

From the cross stamped on the Aksumite coins, depicted in architecture and illustrated in the ancient illuminated codices to the astylar, manual or pectoral crosses made and forged respectively for liturgical functions, (Mario Da Silva, Crosses of Ethiopia, 2006)

This year’s Meskel celebration also coincides with World Tourism Day marked with the theme “rethinking tourism. “ Thousands of tourists from all over the world are expected to arrive in Addis Ababa and regional towns to mark the event. Meskel is a season of reunion of families who were separated during the rainy reason due to torrential rains and over flooded rivers. At this point in time, all Ethiopians who celebrate Meskel must remember the plight of our citizens who are currently displaced due to the war inflicted on the country by terrorist TPLF and its supporters here and abroad.

Despite the ordeals the nation had faced over the last two years, Ethiopia is marking Meskel and World Tourism Day with full optimism for promising economic self-reliance expected through import substitution of commodities like wheat through a bumper harvest in agriculture. Ethiopia has become a pace setter in National Green Legacy Initiative by planting more than 20 billion trees across the country and has managed to fill GERD for the third round simultaneously generating 750MW hydroelectric power from two sets of turbines.

Although the road appears to be torturous, a bright future is on the horizon for the nation. 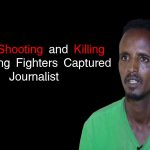 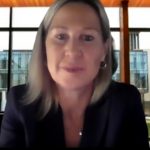