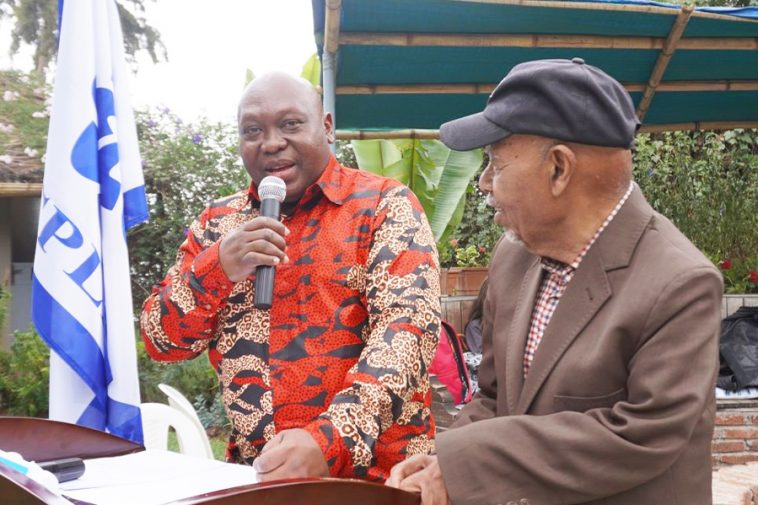 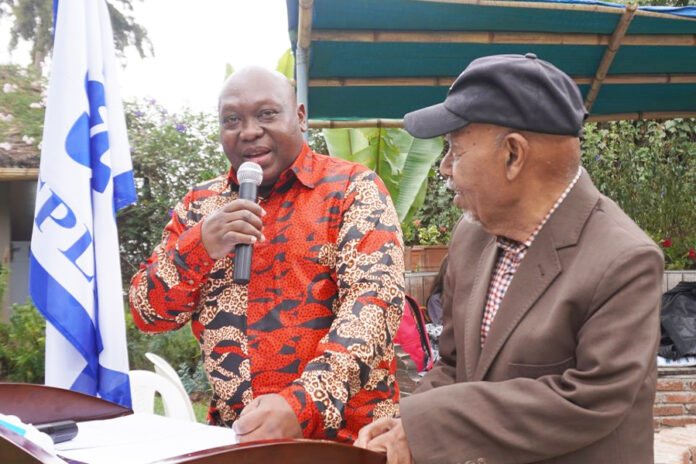 The delightful garden of the Residence of the Ambassador of Brazil was the perfect setting for a special event co-organized by the CPLP Group in Ethiopia, last Saturday, in Addis Ababa. It was a cultural meeting of Portuguese speakers, bringing together the communities of different Lusophone countries residing in Ethiopia, and both expatriates and Ethiopians who have studied Portuguese language formally or have learned the idiom for professional reasons or by exposure in Lusophone environments.
The event was part of the celebrations of the World Portuguese Language Day thus appointed to the 5th of May by UNESCO, validating the previous date choice done by the Secretariat of the Community of Portuguese-speaking Countries (CPLP).
The highlights of the event, after the welcome remarks from Ambassador Luiz Eduardo Pedro (Brazil), Ambassador Luísa Fragoso (Portugal), Ambassador Alfredo Nuvunga (Mozambique) and Minister Counsellor Coutinho Viquissi Copumi (Angola), were the delicious food and delicacies offered by the embassies of Angola, Brazil, Mo 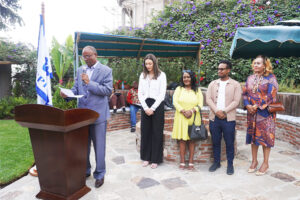 zambique and Portugal, a moment of poetry, the public acknowledgment of Girma Beshah’s contribution to the promotion of the Portuguese language for six decades long, and the launch of the “Núcleo de Lusofalantes” of Ethiopia (Portuguese-speakers Group).
Girma Beshah was the first Ethiopian to receive a scholarship from the Portuguese government in 1959. After graduating in Portuguese Studies, he was invited by the Instituto de Alta Cultura to translate from Portuguese into Amharic the 16th century report about Ethiopia and the first Portuguese diplomatic mission, written by Father Francisco Álvares . As diplomatic relations between Ethiopia and Portugal were disrupted in 1963, all copies of the book, which was published only in 1966, remained stored in Lisbon until 1999. Then, a number of copies were offered to the Institute of Ethiopian Studies at the closing event of the 5th International Conference on the History of Ethiopian Art that was held in Portugal, at the Convento dos Capuchos, not far from Lisbon. After returning to Ethiopia, Girma Beshah, being a polyglot, devoted his career, even after retirement, to languages, and to the Portuguese one in particular, as translator and interpreter for the Ethiopian government, embassies, and international organiza 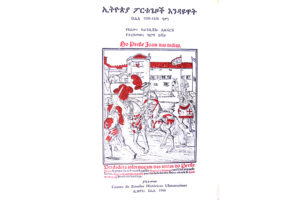 tions. Lately, he decided to translate into Amharic the critical edition of the “History of the Martyrs of Najran”, referring to a dramatic historical episode of the Aksumite period, done by the academician Francisco Maria Esteves Pereira and published in the late 19th century in Portugal.
As the doyen of the Portuguese-speakers in Ethiopia, he is the member number one of the “Núcleo de Lusofalantes”, followed by the founding active members, Anteneh Nigussie, Genet Yilma, Kirubel Mulugeta, Luana Alves, Sofia Engida and Worku Gebre Yohannes who read the “Núcleo” proclamation on the occasion. 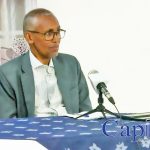 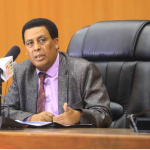