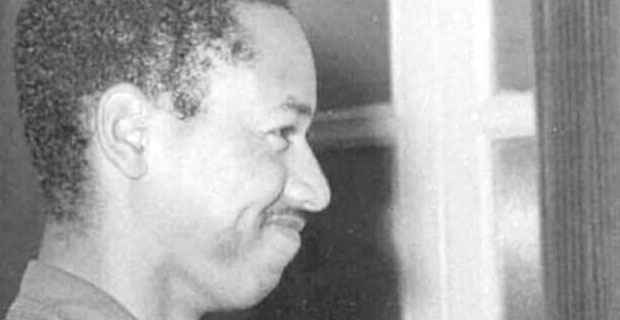 Legesse Asfaw was not the type of man to worry friends and family with his personal problems. At least, as long as he hoped he could get past them.

Legesse Asfaw was not the type of man to worry friends and family with his personal problems. At least, as long as he hoped he could get past them.

After experiencing pain last year, he began going to Korea Hospital, in the Gerji area of Addis Abeba, where he found out that he had liver cancer, an often incurable disease that typically set in during old age. Legesse, one of the closest allies of Mengistu Hailemariam, leader of Ethiopia between 1977 and 1991, was in his mid-70s at the time.

For three months, he told no one until it was impossible to hold back from his family members. He was subsequently admitted to the hospital for medical care. But the cancer had spread, and one of the most senior officials of the Dergueregime passed away on January 26, 2019. His funeral was held the next day at the Holy Trinity Cathedral Church.

“He spent his last years a free man, like any citizen, with his beloved family members and friends,” says Abiyot Legesse, the eldest of his five children from his wife of over half a century. “He was a people’s person, articulate and loved to work.”

His daughter’s first name, Abiyot, translates to “revolution,” a popular term throughout the 1970s as the Provisional Military Government of Socialist Ethiopia, the Dergue, of which Legesse was one of the founding members who overthrew the Imperial regime and consolidated power.

Legesse was one of the earliest allies of Mengistu in the Dergue, whom he met in Harar while he was still a non-commissioned officer serving the Imperial regime.

One of the 120 founders of the military junta, he survived various purges, including the notorious 1977 one that saw Teferi Benti, chairperson of the Dergue, executed, and rose to positions of prominence.

He was a member of the Standing Committee and head of the organisational affairs of the Dergueand its successor, the Workers’ Party of Ethiopia, before becoming the military administrator of the region of Tigray.

“He participated in the revolution enthusiastically,” says Seleshi Mengesha, a close friend and colleague. “He was one of the strongest cadres.”

That he had a dedication for the cause and was hard working is also a view shared by Fikre Selassie Wogderess, prime minister of Ethiopia in the late 1980s, who met Legesse while he was a minor military officer in Harar.

A cause that was close to his heart during the revolution was land reform, which was encapsulated in the slogan “Land to the Tiller.” The Dergueunveiled its land reform in 1975, nationalising all rural land in Ethiopia without compensation, a policy that was unpopular in northern Ethiopia where rist land tenure systems held sway.

“The implementation of the land reform was tasking and one of his hardest jobs,” Fikre Selassie says. “He risked his life from attacks by outlaws to do what he believed was right for the people.”

One of the most controversial chapters of his life came after his appointment as military administrator of the Tigray region in 1988. In July of that year, an air raid at a farmers market in the town of Hawzen killed 2,500 civilians, according to Human Rights Watch.

Leaders of the Tigrean People’s Liberation Front (TPLF), the major rebel group in the region at the time, accused Legesse of having direct involvement in the decision to conduct an aerial bombardment.

“Not everything is as subsequent propaganda made it look,” Fikre Selassie says about how the actions of the military junta over the past two decades have been depicted.

Legesse’s career in politics came to and end after the fall of the Dergue. Three days after rebel forces entered the capital on May 28, 1991, and over a week after Mengistu fled the country, he was jailed by the transitional government that was led by the Ethiopian People’s Revolutionary Democratic Front (EPRDF).

Half a decade later, he was tried along with dozens of Dergueofficials, including Fikre Selassie, for crimes against humanity. After a trial that lasted 12 years, he was sentenced to death, which along with that of his former colleagues, was commuted to life imprisonment three years later. Later in the same year, he was freed from prison after having been incarcerated for two decades.

“With the intention of closing this historical chapter and enabling our fellow citizens to speed up the ongoing development, democracy and good governance … it is decided to commute the death sentence,” the late President Girma Woldegiorgis said at the time.

The later years of his life were spent engaged in social and family life. Unlike many senior officials during the Dergueregime, including Fikre Selassie and Fisseha Desta, vice president of Ethiopia for three years until 1991, he did not have a book published.

But he too wanted to tell his side of the story about a part of history that has come to be seen in a negative light, a view leaders of the time, including Legesse, disputed. He was in the middle of writing a book when he passed away.

“It was in his will that we complete the book,” Abiyot said. 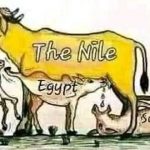 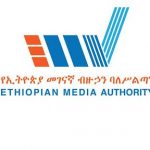