Japanese Exhibition a Must Visit

On Friday, December 12, 2014, some 109 Japanese martial arts weapons and clothes were displayed in the Exhibition Hall of the National Museum, in a timeline from the eighth century to modern Japan. It is almost a week since the exhibition opened, and it will last until January 4, 2015.

As a national staff working as coordinator of Press and Culture at the Embassy of Japan here in Addis Abeba, I have been organising this Exhibition which gave me a kind of glimpse understanding and unequivocal delight with no words to express how I was inspired by the work on display.

If culture may be defined as the most refined part of human existence, then, the Japanese Budo could be its true expression. To test my interpretation after the visit, Budo seems to me the transfusion of combined movement of body and instruments of offense and defense into modern-time sport tempering body and spirit.

Just like the transfusion of the war time-Pheidippides into the modern time Olympians, which reminds us Abebe Bikila (Cap.) whom Tokyo honoured this October, in commemoration of the 50th anniversary of the 1964 Tokyo Olympics, so does Budo, which gives birth to several of its sporting families like Karate, Judo, Sumo and Kendo. All these sports deserve a place in the Olympics and Paralympics except that Judo is already an Olympics and Paralympics event.

This exhibition, however, has awoken me from my long held dogmatic slumbers and opened my mind to the values and principles of the Judo family to harmonise the physical and mental so as to attain peace of mind.

I suggest residents of Addis Abeba to visit the National Museum to grasp the beauty and diversity of Budo. 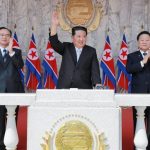