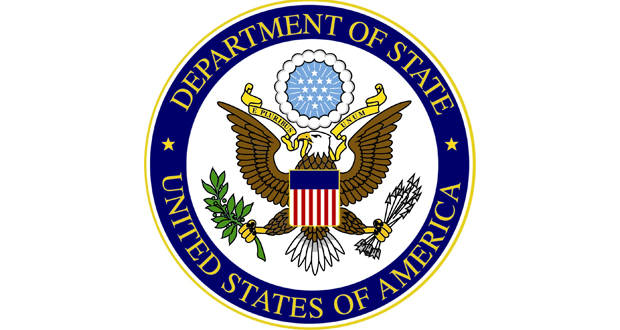 The Government of the United States and other Western democracies must recognize the fact that Ethiopia is a fiercely proud and independent country. Its sovereignty must be respected.

Diplomatic relations between the United States and Ethiopia span more than 117 years. The U.S.A. continues to serve as the most preferred destination for Ethiopian migrants regardless of ethnicity or faith. Although no one really knows the number of U.S. citizens of Ethiopian origin, they are in the hundreds of thousands. They live and work in every part of the U/S. and they are involved in every sector of the economy.

The pillars of American and Ethiopian relations are more than geopolitical. They are spiritual, cultural, economic, political, strategic, and more. Ethiopia was among the few independent countries in the world; and the only one in Africa (Liberia’s case is different) that established diplomatic relations with the United States early. Over time, these relations have promoted and strengthened mutual interest, respect, and a shared understanding of the importance of peace, stability, security, democracy and prosperity in the Horn and the rest of Africa. The war against terrorism to which Ethiopia continues to contribute attests to this vital relationship.

I am among American citizens of Ethiopian origin who was taught by American Peace Corps Volunteers that President Kennedy initiated. I won an essay contest in English sponsored by the Herald Tribune World Youth Forum; earned successive scholarships at a Quaker high school and College; and completed my higher education at Johns Hopkins University; worked briefly at the World Bank; decided to move back to Ethiopia and served for more than three years; worked as Economic Advisor for USAID in Chad and Cameroon; and served with the World Bank for 30 years. There are numerous other Ethiopian-Americans with similar backgrounds.

My point is this. The United States of America can and must recognize the social capital and the soft power we have each gained in this country. We all bring to the table an un-untapped but enormous strategic value for both Ethiopia and the United States. This potential is consequential. It must be harnessed to serve the common good in both societies.

I was taught by my American Peace Corps teachers in high school in the city of Gondar that Ethiopian forces served shoulder to shoulder with Americans in the Korean Peninsula. Decades later, Ethiopia is in the forefront in the war against terrorism in the Horn of Africa. Ethiopia has participated and still participates in peacekeeping operations with the UN in Burundi, Rwanda, Somalia, South and North Sudan.

I remember that a few years ago, an American high official had called Ethiopia a “pillar of stability.” The European Union had identified Ethiopia as “an anchor” country worthy of sustained development assistance. Ethiopia’s development input needs remain unchanged; and its potential has yet to be harnessed.

My singular focus and my thesis for this commentary is as follows. The strategic goal of the Government of the United States must be to support the evolution of a conflict free, unified, stable, inclusive, democratic, strong, and prosperous Ethiopia. These attributes mirror American soft but important values to which I subscribe fully.

Ethiopia is a strategic partner of the United States. It is the seat of the African Union. Most Ethiopians support the peacekeeping operations against the Tigray People’s Liberation Front (TPLF). They also support the designation of the TPLF, and the Oromo Liberation Front’s armed wing called Shane as terrorists. I recall that the U.S. too had designated the TPLF as a terrorist.

The Government of the United States and other Western democracies must recognize the fact that Ethiopia is a fiercely proud and independent country. Its sovereignty must be respected. No nation has the right to interfere in the internal affairs of any independent country. Although relatively poor in terms of GDP, Ethiopia cannot be treated as an exception to this fundamental principle.

More important, the U.S.A., and the rest of the international community must understand the root causes of the current humanitarian crisis in Tigray. The chorus of international outcry that is supported by more than 50,000 tweets across the globe is not necessarily the whole truth. It is one sided and mostly wrong and untrue. Tweets are not necessarily true mirrors of facts on the ground.

I repeat. The TPLF is a terrorist organization. The TPLF took political power in 1991; and established an ethnicity and language-based Constitution and divided Ethiopia into ethnic-enclaves for a reason. In 1968, it issued a Manifesto and determined that the Amhara nationality is inimical to Tigrean-Ethiopians. It defined Tigrean nationality narrowly; crossed the border into the Gondar region of Ethiopia; annexed and incorporated huge tracts of lands (Wolkait, Tegede, Telemt and Raya) into Greater Tigray; expelled and murdered indigenous people; populated the area with Tigreans and established the current map of Greater Tigray. There is no historical support or precedent for this land annexation and demographic change. The Government of the United States must entertain the notion that this annexation and demographic change is unjust and unfair.

Land grab and annexation is one of the major sources of conflict that is raging in Ethiopia today.

Last November, the TPLF initiated the war; preselected and murdered thousands of non-Tigrean Ethiopian officers and members of the Ethiopian Northern Command. Below is a summary that members of the Biden Administration and the US Congress must recognize to help address the humanitarian crisis in the Tigray region of Ethiopia.

The reason is this. The TPLF wanted to restore its political and economic hegemony over the entire Ethiopia that it lost three years ago because of political resistance after 27 years of brutal and corrupt governance. Prominent firms and think-tanks such as Forbes, Bloomberg, Global Financial Integrity, Freedom House, UNDP, a commission headed by the former President of South Africa Mbeki and numerous others had reported that Ethiopia was one of the most corrupt-ridden countries in Africa. Tens of billions of dollars in donor funds were siphoned off from Ethiopia. Among the biggest culprits are leaders, friends, and families of the TPLF.

I genuinely believe that the democratic and human rights of Tigrean-Ethiopians must be accepted and respected throughout Ethiopia. The same principle of fair and equitable treatment applies to other Ethiopians wherever they live and work. Tragically, the ethnicity and language-based Constitution and administrative structure that the TPLF imposed on the Ethiopian people make this unattainable.

It is my understanding that the Government of Ethiopia has begun a thorough investigation of crimes against humanity in Tigray and in other parts of Ethiopia. It plans to disclose its findings to the public. I believe those responsible for crimes of rape and other atrocities will be held accountable.

The international community, including the Government of the United States must, however, refrain from “throwing the baby with the bath towel.” The Ethiopian Parliament has designated the TPLF and OLF Shane terrorists. Accordingly, it behooves the international community in general, the U.S. and the EU to assist Ethiopia by holding terrorists and their enablers accountable wherever they live. They can also free assets of culprits whether they live in London or New York City.

I am disappointed to observe that TPLF cohorts in Western democracies have so far succeeded in persuading the international community that all the blame is attributable to the Federal Government of Ethiopia. This narrative diffuses prime responsibility and accountability where it resides, namely, the TPLF, the OLF/Shane as well as Ethiopia’s mortal external adversaries that sponsor poxy ethnicity and faith-based wars.

Considering the foreground, I recommend that the Government of the United takes a measured, balanced, long term and strategic approach regarding the major challenges and opportunities Ethiopia is facing at the present time:

For these potential areas of positive engagement with Ethiopia to take place in earnest, the Biden Administration must be persuaded that the TPLF and its allies continue to inject and spread false and misleading narratives on Ethiopia. These narratives are not in America’s long-term strategic interest. The United States will be well served If it bases its policies and programs on its own purported values of fair play, truth, justice, inclusion, democracy, and the like.

Finally, I urge the United States to recognize that Ethiopia has immense human and natural resources to transform itself into a modern and prosperous country. Enhancing Ethiopia’s prosperity is in America’s strategic interest. To achieve this objective, Ethiopia needs peace, stability, and inclusive governance.

The United States can help Ethiopia achieve this noble objective by encouraging all parties to settle all conflicts through peaceful means; and not by blaming Ethiopia and or by undermining Ethiopia’s territorial integrity, sovereign rights, and the unity of its diverse population. 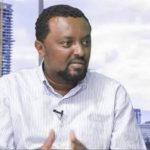