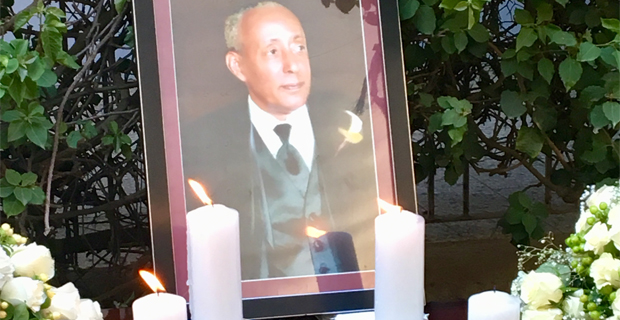 An officer working in one of the private insurance companies was suspected of theft. All his colleagues and immediate supervisors were angry at him. Surprisingly, the CEO of the firm preferred to differ. He was neither worried about the damage that the suspect caused to the Company nor how shallow the act was.

The CEO of National Insurance Co. of Ethiopia S.C (NICE), Habtemariam Shumgizaw was highly concerned to know what pushed him to commit the crime than what he did and its effect. Zewdu Astatke, deputy CEO of Business Development at NICE, remembers that sympathy and readiness of Habtemariam to help the man out.

Habtemariam, a pioneer insurance specialist, known for his highly paternalistic style of leadership, passed away from lung cancer on October 25, 2017. Nevertheless, the company he led for 22 years as CEO and three years as a board member is wrapped up with the memory of his decency.

The insurance company and its staff remember everything. Their reminiscence begins with Habtemariam’s habit to avoid the elevator of the building. When he walked into the office, he lit up the mood among the workers of the company. He was not a person who yelled at his employees on the phone; rather he preferred to personally and humanely interact with the workforce.

Habtemariam believed in empowering his staff. First, he trusted them, and then they would become slaves of his trust and would go the extra mile not to betray him.

Abe Hailesilassie, acting deputy CEO also observed Habtemariam’s vivid understanding of the insurance industry. The documents produced and edited by him were very knowledgeable to him.

“I was very excited when he edited the documents I prepared, and his touches were very enlightening” Abe recalled.

After he returned home from the US, he worked for 25 years in the former Ethiopian Telecommunications Corporation as a Financial Manager and Manager of the Finance & Supply Department. Then, he served the Pan African Postal Union (PAPU), a specialised agency of Organization of African Unity (OAU), as a Director of Finance and Administration in Arusha, Tanzania from September 1982 to April 1995.

Upon his return, he joined the insurance industry as a Deputy Manager in NICE Insurance. Hailu G/Hiwot, one of the co-founders and major shareholders of the company, recalls the irreplaceable role of Habtemariam when they established the first private insurance company with a capital of 3.5 million Br.

After a quarter-century of the graceful journey, the company has managed to acquire 100 million Br authorised capital, 35 branches, more than 260 employees. It has managed to collect a premium of  236.1 million Br in the last fiscal year.

Tesfaye Debela, the current CEO of NICE, underlines the former CEO’s service as a  unique selling point (USP) for the company. Even other insurance company workers prefer to invest in NICE taking Habte’s presence as a guarantee.

He followed the same pattern of customer handling strategy as he did with his coworkers.  He had been trying to address the demand of the customers, whatever it is, without saying the heretic word “No”. He was always curious about the marketing strategy of the company.

“He had been advising the team not to make a promise that cannot be fulfilled. When the customer needs our hands, at this moment in time, we have to be there for him, were his words,” said Zewdu.

His double role as a board member and an executive manager built a bridge between the decision makers and the people on the ground. He was highly known for being open to new ideas, understanding and presenting research and concepts of his colleagues articulately to the board.

One thing worth mentioning is Habtemariam’s attachment to Information Technology (IT). The implementation of standardised IT at NICE is one of his memorials at the company. He was also glued to his laptop until the last days of his life, according to people close to his family.

Habtemariam instilled a culture of hard work in his three sons and daughter and kept them busy with intellectually stimulating activities. His efforts were fruitful and have made all of them successful.

“I remember he was a workaholic and merciless on things related to academics,”  his elder son Tilahun Habtemariam (Captain) told Fortune.

Even though he lost his wife, Elfnesh Tilahun 14 years ago, he preferred to take care of most of his necessities by himself.

The earthly life of the warehouse of positive thinking, Habtemariam, started in  Gubre town,  Gurage zone in the Southern Nations, Nationalities & Peoples’ Regional State in 1930 and ended in St. Estifanos Church, near Mesqel Square Addis Abeba. His funeral was held in the presence of his relatives, friends and colleagues on October 27, 2017.

He is survived by his four children and eight grandchildren. 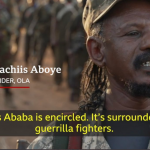 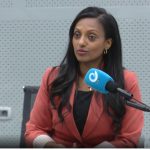