In Favour for Tariff Reduction, but Not on All Vehicles

While reading your editorial headlined, “Normalizing owning a car in Ethiopia” [Volume 17, Number 866, December 4, 2016] I could not help but wonder why finding better mechanisms to make new vehicles ownership affordable to the emerging middle class is such a difficult thing to do. Considering the development of infrastructure, social services and the economy, it would be a smart move to consider and adjust the old tariff system and align it to the development of the country’s economy, which happen to be the new reality.

Secondhand vehicles dominate the market, according to Deloitte Consulting, which has surveyed the automotive market in three African countries, including Ethiopia. Approximately 85pc of vehicles are secondhand imports, which tend to appreciate in value due to high import duties and limited supply of cars, the survey concluded.

The used cars are costing us (as a country) dearly in many ways.

Considering the numerous advantages of new cars, automobiles should not be necessarily considered a privilege or luxury, but a necessity for the new and upcoming middle class. Making the educated, talented and entrepreneurial members of the middle class, who create jobs, afford new vehicles would help to avoid the brain drain. I cannot see how there can be a vibrant economy in the absence of a sizable middle class that can dream owning assets such as vehicles and houses.

Be this as it may, I believe it is not right to advocate for tariff reduction and financing to all brand and type of vehicles. For instance, I would have no problem if the state continues to impose high tariff on bigger engine and high valued cars such as V8. Our country may not need them as much and cannot afford them in large numbers.

In order to be prepared for year 2025, which the country aspires to join the middle-income group of countries, it is time to revise the current tariff regime for new cars to meet the growing demand from a growing middle class. 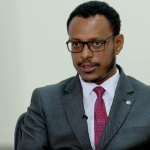 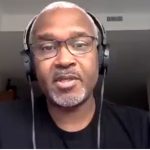