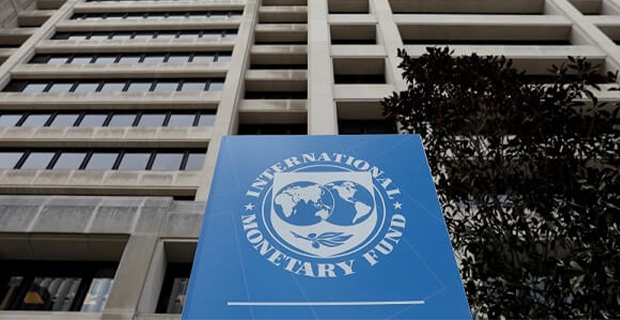 Ethiopia’s access to a 1.5 billion dollar concessional loan facility availed by the International Monetary Fund (IMF) is set to expire this month following the inability of Ethiopian authorities to complete the country’s debt rework negotiations.

It is akin to the recent move by the Export-Import Bank of China, which withheld 339 million dollars in loans to review the debt standing of Ethiopia, whose external debt stock stood at 29.5 billion dollars as of June 30, 2021. The delays have also been precipitated by Ethiopia’s request for debt restructuring in February this year under the G-20 common framework. Debt rework from China, the biggest bilateral creditor to Ethiopia, remains unresolved; hence the credit facility expires.

Ethiopian authorities appear to be hardly disturbed by the unfolding events on the international finance front.

“Even if it expires, it won’t have any real effect,” said Melese Minale, a senior macroeconomic advisor at the central bank.

The IMF Board of Directors approved the Extended Credit Facility (ECF) to Ethiopia in December 2019, one of the two programs aimed at supporting the “Homegrown Economic Reform Agenda” Prime Minister Abuy Ahmed`s (PhD) administration. The reform agenda aspired to address the foreign currency shortage, slowing down inflationary pressure and reducing the debt stress.

Ethiopia was to be provided 1.7 billion dollars from the zero-interest credit facility, along with 1.06 billion dollars from the Extended Funding Facility (EFF), a non-concessional loan granted to member countries. Maintaining sustainable debt levels through restructuring was one of the conditions Ethiopia`s negotiators pledged to achieve when signing up for the IMF’s programme, which extended funding 700pc larger than the country’s quota in special drawing rights (SDR).

The negotiators promised to complete the debt rework process, which started in February this year, in less than two years with an additional extension period of three months.

A total of 1.4 billion dollars would have to be disbursed, 60pc of which from the extended credit fund.

The financing was meant to support Ethiopia in addressing a balance of payments gaps, later aggravated because of the COVID-19 pandemic.

The nearing of the expiry date for the facility comes as the government struggles to build its foreign currency reserves. In a bid to implement a market-clearing exchange rate regime, the administration wants to bring a meaningful solution to the age-old forex crunch haunting the economy. The authorities concession to the IMF in the forex front led to the fastest erosion of the Birr against major currencies, where the value of a dollar is edging to 47 Br.

It is not the first time a credit facility extended by the IMF has prematurely expired. In 1996, the IMF approved a three-year enhanced structural adjustment facility (ESAF) for Ethiopia. However, the mid-term review under the arrangement could not be completed and expired in 1997, two years earlier than the agreed timetable. The facility was later re-commenced with the IMF disbursing 42 million dollars two years later. Back then, the officials had agreed to a significant recovery of GDP growth, keeping inflation under four percent and containing the external current account deficit at about eight percent of GDP.

“The facility will recommence once we provide financial assurance,” said Melese, confident the issue would be resolved.

During the latest round of discussions between IMF officials and the Ethiopian government in February this year, the Fund emphasised the country’s performance under the programme has been strong, but adjustments on near-term objectives were required in light of the COVID-19 pandemic. The pandemic led to the contraction of Ethiopia’s economic growth to below two percent.

Ethiopian authorities have performed, and the fund has reached multiple staff-level agreements during the course of the programme, according to Gerry Rice, director of communication at the IMF.

“We do these quarterly reviews to make sure they are on track, and we have been ready to present programme reviews to the executive board,” said the director during a press briefing held last week, in Washington DC.

In July this year, the IMF urged for the formation of a creditor committee for Ethiopia.

“The authorities’ aim is to create fiscal space for development spending and lower the risk of debt distress rating to moderate by reprofiling debt service obligations,” reads a statement released by the IMF. “The formation of the committee will help Ethiopia.”

Establishing a creditor’s committee and holding discussions would be the government`s priorities to get the debt relief, according to Melese. 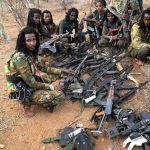 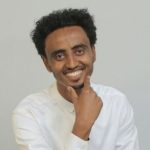