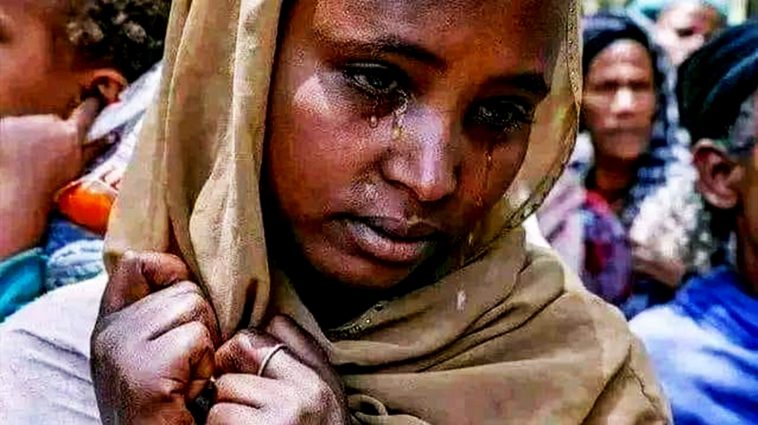 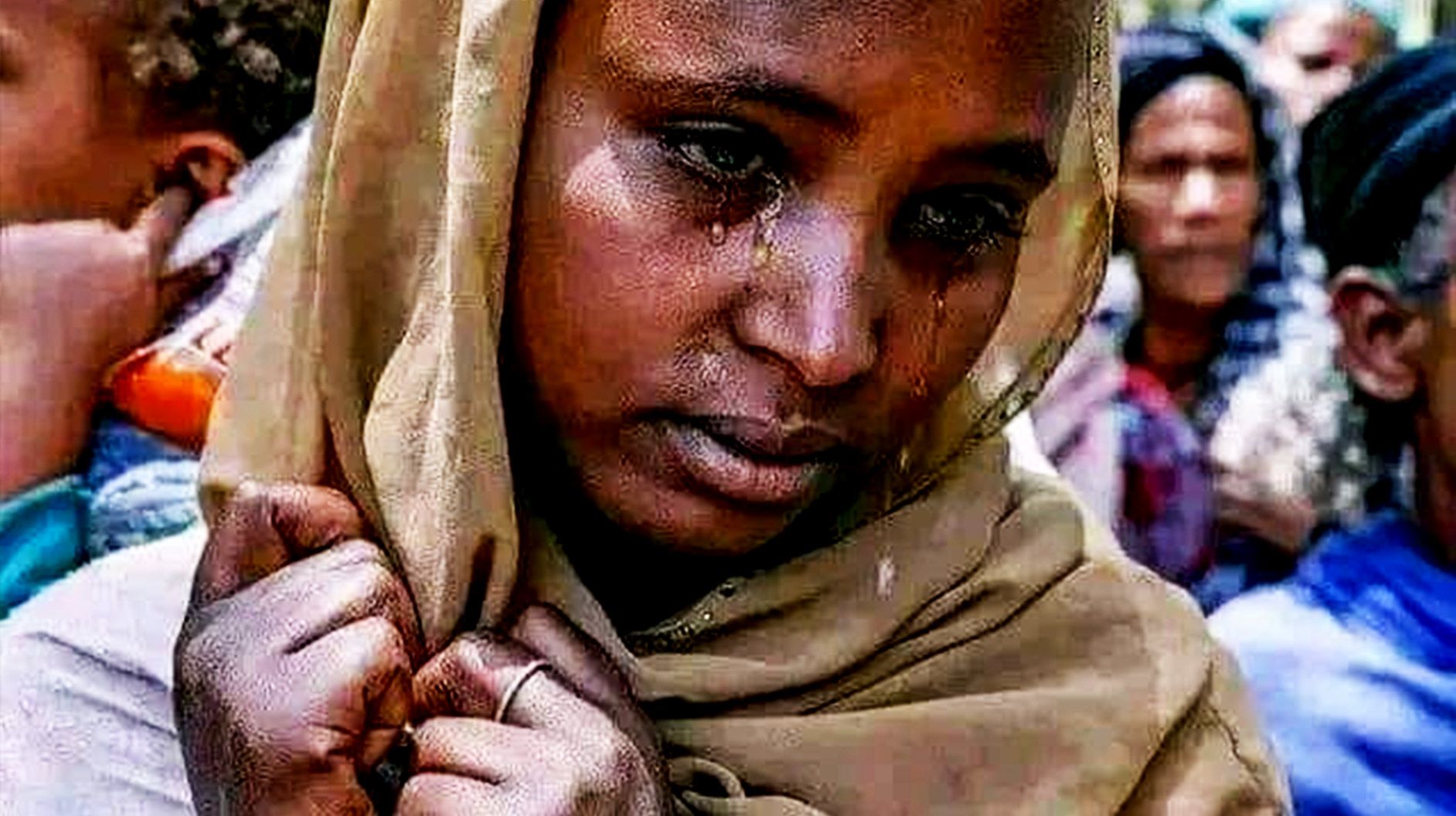 Kedija Mohammed (her name changed on basis of privacy) has been living in Gimbi Woreda, West Wollega Zone of Oromia for the past 30 years. In her marriage, she had three children, including her 1-year-old daughter Fetiya.

Kedija is a mother who has been married and related to the Oromo people for years. However, one unfortunate day the place she always considered home turned into an apocalyptic hell.

Ethiopia was shocked by the report of the horrendous mass killing of more than 300-600 (the figure varies in different accounts) Amharan civilians in Tole Kebele, Gimbi Woreda of the West Wollega zone. The whole nation was moved into sheer grief and anger over the government.

On June 18, 2022, in Tole Kebele, Gimbi Woreda of West Wollega zone, she buried all her children and her husband who were shot in a cold blood by merciless gunmen. She was taken to Nekemte Hospital after she survived the attack but was among those seriously injured. Thus, she became one of the people who were transferred to a hospital in Addis Ababa since her injuries were beyond the capacity of the local hospital.

Addis Zeybe had the privilege to pay a visit to this hospital where the victims with acute cases were admitted.

Until the publication of this article, more than a dozen victims have been admitted to the hospital in Addis Ababa. Among them were four children. They were all badly injured. They have seen their families, relatives, and neighbors being killed and slaughtered.

“They deliberately attacked us because of our ethnicity, they robbed us of everything overnight. They don’t even have a compassionate heart for children,” says Kedija stressing that survival is worse than death. “I wish I hadn’t survived,” she said.

In the villages of Gutu, Chekorsa, Silesaw, Gele, Chaka Sefer, and Hiyaw in West Wolllega, Gimbi Woreda, and Tole Kebele, a large number of Amharas were brutally massacred by armed militants whom the witnesses say are members of Shane (Oromo Liberation Army-OLA). Many innocent people lost their lives, were maimed, and their families dispersed. The militants indiscriminately killed defenseless farmers, children, and women.

A young man named Kedir (name changed for this article), who was receiving medical treatment at the hospital in Addis Ababa recalls the situation: “On the day of the massacre, armed men abducted me and others. As soon as they gathered a number of us they told us we don’t belong to their place and immediately opened fire on us.”

Some of those who were at the site of the gunshot survived, including Kedir.

Kedir says He and some of the survivors could spare their lives by laying down on the ground like a dead man during the gunshot. He remembers that those who were found at gunpoint were shot and killed.

He said, “We begged them not to kill us, but our timid words couldn’t appeal to their human nature. They began raining bullets over us,” He recounts. “We pretended like we were dead until they went away.”

During the attack in Gimbi, many lost their beloved ones and property that they labored on for years. The survivors now request they be taken to a safe and secure place. They told us that hundreds of Amhara-born Wolega farmers are obliged to be relocated to North Wollo Zone, Mersa after the attack.

The victims noted that there is still a threat at the scene. They said this was not the first time such an attack had taken place and called on the government to find a lasting solution.

The victims have been moving from Nekemt Hospital to the hospital Addis Zeybe visited since June 26.

A 28-year-old man whom Addis Zeybe spoke with says he was one of the lucky survivors of the massacre. He is unable to sleep properly due to an injury he had on his left side during the attack and suffered a severe injury to his forehead. “There is no Amhara in Gimbi that has not been injured, if not killed,” he says.

The other patient is an elderly mother. She and her small daughter are being treated at the hospital. She laments the horrendous situation that befell them at the village she was born and raised.

Her whole body is wounded due to fire. She recalls the situation in dread. “That day, my Oromo friend Amerti, who I know from work, warned me to stay in my house silently because there were a lot of rumors about an attack. Then I with my family locked in my house as I was told so. Then some men started shouting out aloud ‘No Amhara belongs here’ and went on burning down the houses in our village. My house also got on fire. The youngest of my family broke out at the back of the house and the fire engulfed my back while I was trying to help my daughter to get out.”

One of the youngest survivors we met at the hospital is a 14-year-old girl. She was severely wounded in the chest and miraculously survived. She saw her mother being killed. Her mother was 7 months pregnant. She recalls in shortness of breath that she had seen the gunmen slitting open her mother’s abdomen and squeezing the fetus. After stabbing her mother and her unborn child, they shot her. “I don’t remember what happened to me after the shot, I guess they left me thinking I was dead,” she says in a sob. “I wish I was dead.”

Various reports have been released on the attack. According to a report by the Ethiopian Human Rights Commission (EHRC), the attack on civilians in the area was linked to fighting between the government and the Oromo Liberation Army (OLA). The commission added that there was still a high level of insecurity in the area and called for immediate assistance for the residents.

EHRC’s Commissioner Daniel Bekele told Addis Zeybe that the damage was severe. The commission urged the government to take steps to prevent further attacks on civilians, ensure that civilians are not targeted, and find a lasting solution to the problem.

The victims said it was difficult to quantify the number of people killed in the attack, but the different reported estimates vary in number ranging from 300-1200. “In addition to the verified deaths, there are dead bodies which have not been found, they might have been devoured by wild beasts,” says Kedir.

“There are also children and youth who are abducted by the armed group. We don’t know what they will do to them. We have heard that some of them have been found dead in the bush as the National Defence Force entered the forest.”

According to Kedir, some of the residents had previously surmised this attack could take place from some suspicious movements. “The community first announced the presence of militants in the area. From Tole to the Guten line, they were seen having fun. No one has ever heard us when we say the armed force is entering the territory,” says Kedir in indignation.

“What guarantee do we have that we will not be attacked again?” the victims wonder. Regarding accountability, they say that none of the local authorities have been questioned at the regional, zonal, district, or local level when such an attack took place.

“The militants are not as such beyond the control of the security forces. But it’s obvious that all this happened because there is a lot of support from authorities. During the attack. I’ve seen some armed men among them wearing the uniform of Oromia Special Forces,” Kedija remarks.

A widely circulated local Amharic magazine quoted residents who said the local administration refused to provide them with an excavator to let them bury the mass corpses from the attack saying that the region’s name will be smeared for burying with an excavator.

The Ethiopian government holds Shane/ OLA, which is designated as a terrorist by the parliament, as a perpetrator of the June 18, 2022  attacks in West Welega. OLA however denied the allegation saying, “Our group was never at the place; the attack was carried out by government forces”.

According to the government’s figures, 338 people were killed in the Gimbi attack while the Amhara Association of America documented in a report that it identified the names and identities of 455 dead people and the total number of victims would reach around 600.

The House of People’s Representatives authorized the establishment of “a special committee” to be appointed by the senior leadership of the Parliament, and mandated to investigate the violence and atrocities against civilians in order to enable the Parliament and the people of Ethiopia to have “adequate information” as well as make “recommendations on the next course actions.”

Before Ethiopia is consoled from the terror of one of the most gruesome mass killings in its history at Gimbi, just 18 days later another piece of news is heard about the massacre of an estimated number of 160 ethnic Amharas in the same area, Kelem Wollega Zone in Oromia on July 4, allegedly committed by the Oromo Liberation Army. 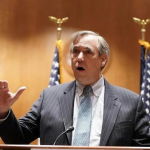 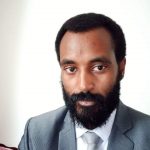