Ethiopia has an increasingly high need for humanitarian assistance, estimated at more than 1.4 billion dollars, due to the compounded issues of the Novel Coronavirus (COVID-19) pandemic, locust invasions, conflict and floods, according to a recent report by the United Nations Office for the Coordination of Humanitarian Affairs.

Released on October 6, 2020, the report further states that despite rising needs, the funding gap is larger than it has been in a decade, amounting to 773.9 million dollars, according to the Ethiopia Humanitarian Response Plan. The Response Plan, a country-based pooled fund, estimates that 15 million people in the country need urgent assistance, the majority of whom are children and women.

Among the 10 critical clusters that have been outlined by the Response Plan, the most funded is food at just 67pc coverage, increasing the chances of malnutrition for children under five and pregnant and breast-feeding women in the country. The report projected malnourished children and pregnant and breastfeeding mothers have increased from 3.6 million at the beginning of the year to 4.4 million at the six-month point.

The overall Plan has the lowest funding for emergency shelter and non-food items at only five percent coverage. Lack of funding in this cluster is expected to worsen conditions for people affected by drought, flooding, conflict, desert locusts and the negative impact of COVID-19 until the end of 2020, according to the report.

The lack of proper nutrition in quarantine centres might turn to people deserting the centres and worsening the spread of the pandemic in the country. Ethiopia currently has 44,099 active COVID-19 cases and has conducted 1.3 million tests.

The World Food Programme (WFP), in partnership with the government, is supporting returnees from the Middle East and neighbouring countries with cooked food. The organisation plans to assist 90,000 returnees by the end of 2020. This will be carried out throughout 44 quarantine and 86 isolation and treatment centres. Assistance is mainly expected from governmental donors, which are likely to continue their support for 1.9 million acutely food-insecure people in the Somali Regional State in addition to the COVID-19 centres.

The protection cluster, working to address the needs of over half a million women among an overall 3.8 million targeted people, also has a gap of 43.8 million dollars. Over two million of these are internally displaced people (IDPs), and the lack of funding has already translated to the denial of services and increased stigmatisation of vulnerable communities due to scarce community resources. Protection actors in this cluster like the United Nations High Commissioner for Refugees, have had to phase out their work instead of scaling up for similar reasons.

Another important cluster for ensuring that the necessary information and supplies reach the intended destination is the logistics cluster, which is facing a 19.6-million-dollar gap in funding from the overall required budget of 23.4 million dollars.

The remaining five clusters include water, sanitation & hygiene (WASH), education, agriculture, nutrition, and inter-agency protection from sexual abuse, with WASH being the most covered at 18pc and education the lowest at seven percent. The education cluster aims to provide 2.6 million students with face masks, soap and water. Short of this, the most marginalised children from IDP and migrant settings will fall behind, losing gains made in education access and equity.

The lack of funding if not urgently met could lead to worsened living conditions for vulnerable people, specifically women and children and IDPs due to cuts in already existing support programmes. There are already reported cases in the interruption of mobile and nutrition teams that used to provide life-saving health services to IDPs. The report notes that failure to meet critical needs will lead to long-term effects that take more resources to reverse and expand the existing socioeconomic gap.

Negative coping strategies like reduction and frequency of food, selling productive assets like livestock, and engaging in risky behaviours may also be employed by those in need, according to WFP.

Asiya Anfer is one of the 140,000 displaced people living at campsites in the Afar Regional State. She and her five children were airlifted by a sole helicopter dedicated to rescuing those marooned by the flash floods that inundated the Regional State nearly two months ago. She and her children have been solely supported by the aid provided by the Afar Disaster Prevention & Food Security Coordination Office, UNICEF and other relief partners.

Food, including rice and flour, as well as non-food items like plates and pots for cooking and eating, were also donated. Two healthcare workers have been stationed at their campsite, in a school in Asayita Wereda, that she and her children go to whenever they have the flu or malaria, the two most common ailments.

“They’re also providing different types of food to the younger children,” she said. “Particularly the ones they think are sick. They do that through checking their arm.”

The health workers do this by measuring the wrists of the children, a Mid-Upper Arm Circumference measurement, a common method of screening for acute malnutrition. Though the next ration for food or non-food items is unknown to her or most of the people at the site, they are hopeful that it will be replenished when they run out.

Unmet needs for many like Asiya and her children, who are dependent on the critical support provided by humanitarian assistance, may result in deepening vulnerabilities and take even more resources to balance the scale down the road.

The health cluster alone requires 64 million dollars in the coming year to address essential healthcare like treatment and consultation needs for over two million people. If the funding gap is not met, it would likely cause death from direct and indirect causes affecting all population groups.

The ever-widening gap in funding for humanitarian assistance is the result of donor countries now directing the resources for the needs of their own citizens due to the impact of the pandemic, according to Messay Mulugeta (PhD), associate professor of socioeconomic development, food security & environmental studies.

“It is now the time, more than ever, to look within our community for addressing these needs,” he said. “One method is through food banks that can be set up even in the smallest towns.”

The expert also warned that if these steps are not taken, it could lead to a high death toll due to hunger. This is in addition to the socioeconomic upheaval that could be brought by stealing and destruction as people find alternate ways to sustain themselves, according to him.

“We need to work strongly on fundraising within the country,” he said. “This could also help eradicate the continued dependence we have on other countries to sustain the basic needs of people in the country.” 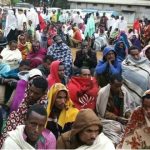 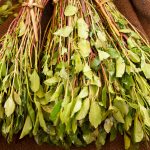