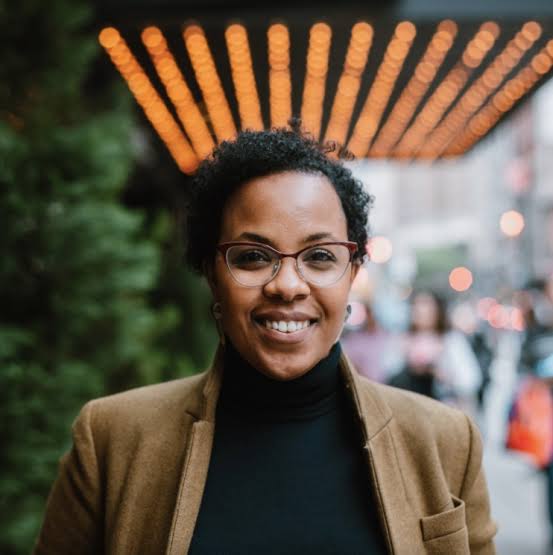 That confidence has been the foundation of her current role as creator inclusion lead at Pinterest, where she’s made it her mission to give voice and opportunity to marginalized creators in the burgeoning creator ecosystem.

Diversity, equity and inclusion was important to Shifferaw because of her lived experience as a Black woman, she said. But she also wanted to pay it forward and support others like her in the marketing and advertising industry. Her work is to lower, if not eliminate, the barrier to entry that so many influencers face in connecting with brands and platforms.

“My job is to make sure that underrepresented communities are being acknowledged and valued for the trends and the creativity that often end up driving culture, which is so important and can’t be overstated,” Shifferaw said.

My job is to make sure that underrepresented communities are being acknowledged and valued for the trends and the creativity that often end up driving culture, which is so important and can’t be overstated.

Shifferaw stepped into the role last September, taking over from Pinteret’s first-ever creator inclusion lead Alexandra Nikolajev, who carved out the position on the heels of 2020’s social justice movement and the pandemic. Nikolajev has since moved to become Pinterest’s senior lead of creator content and partnerships.

While she’s been at it less than a year, Shifferaw’s efforts have been palpable at Pinterest. Her peers say she’s already hit the ground running, aiding to ramp up the social media company’s $1.2 million creator fund geared toward historically marginalized communities, as well as launch programming around Native American Heritage Month and Black History Month. She’s also had her hand in building Pinterest TV, the platform’s new live, shoppable video content hub that features creators on the app.

“We’re really in the early stages of what Zeny’s impact will be,” said Tracey Johnsen, creator partnerships manager at Pinterest, adding that Shifferaw’s ability to combine her passion for equity and advocacy with her creator expertise makes her a “dynamite combination.”

The two worked closely on the $1.2 million creator fund, which initially launched last April, originally granting $500,000 for participants as part of Pinterest’s recent push to amplify underrepresented creators and businesses. It has quickly become a creator-favorite, according to previous Digiday reporting.

Over the last few years, Pinterest has doubled down on its efforts to woo creators via the creator fund, Creator Code and creator feedback channels. The platform is aiming to position itself as the underdog in the swelling creator and influencer economy. In the U.S., influencer marketing spend is expected to surpass $4 billion this year, up from the $3.69 billion last year, as reported by Insider Intelligence.

Early in her career, Shifferaw realized the challenges she faced in terms of access and inclusion at an agency level reflected those that creators and influencers were experiencing in the budding influencer ecosystem. Last year, Digiday reported on the social platform’s efforts to cater to Black creators, who said the platforms needed to do more to amplify their voices, which often became cultural moments marketers were looking to tap into.

ZOOMING IN ON ZENY

Diversity, equity and inclusion is important to Shifferaw because of her lived experience as a Black woman. But she also wants to pay it forward and support others like her in the marketing and advertising industry. Her work is to lower, if not eliminate, the barrier to entry that so many influencers face in connecting with brands and platforms.

But in those challenges, Shifferaw saw an opportunity to overhaul what representation and inclusion looks like for influencers and creators.

“At one point, I was responsible for determining what clients’ dollars were going to go to what influencer. I was in a place with power,” Shifferaw said. “Now, it’s my opportunity to build best practices so we can establish a more equitable way of working and make an impact in the industry.”

Before joining Pinterest, Shifferaw served as vp of culture community and casting at Day One Agency, a media and influencer agency based in New York. There, she partnered with leadership to carve out the agency’s DE&I initiative in 2019. She also led the team that launched a program called The Ones to Know, which was dedicated to discovering and highlighting creators from underrepresented communities and partnering them with brands.

Since launch, Day One has identified and featured more than 500 underrepresented creators, working with many of them on client campaigns from Maserati to Nike to Ferrara candy to Walmart to American Express, according to CEO and Co-Founder, Josh Rosenberg.

“She was our expert in how to ensure that our campaigns were inclusive and reflected diversity across all or most dimensions,” said Taslima Parvin-Kabir, Day One’s former director and head of talent development. “Everyone really valued her insight and feedback when it came to consulting with our clients and how they can inform their creative campaigns.”

The idea of having a seat at the proverbial table is one Shifferaw takes very seriously, she said. Although it may feel as though the issue of racial disparity in marketing and advertising is on people of color to solve, it is people of color’s responsibility to be in the room and then hold space for the person who comes after them. But it’s not something that comes without costs.

Shifferaw said she has had moments that have challenged her enough to make her doubt the work she’s doing. She finds support in her network of friends and allies that build her up when she’s feeling depleted.

“Any person that is part of a historically marginalized community, who works in I&D space, it can be very depleting because it’s relentless work, and changed behavior takes generations,” Shifferaw said.

Any person that is part of a historically marginalized community, who works in I&D space, it can be very depleting because it’s relentless work, and changed behavior takes generations.

It’s the small wins that count for Shifferaw. When she hears her colleagues using terms like intersectionality after learning what that means, it’s what keeps her going. It may be slow progress, but it’s worth it, she said.

“This is one thing that we all should be holding hands and charging towards,” Shifferaw said. “If other folks within the industry are taking on that ambitious challenge as well, that helps all of us.”

The desire to create and build

When she’s not working, creating space for underrepresented communities in the creator economy, Shifferaw can be found in her own community.

She’s a runner, coffee snob and hopeful pet parent. Her family is from Ethiopia — meaning coffee is very important to her, she said. If she can’t make herself a good cappuccino, she’ll trek to a local coffee shop to eavesdrop and people watch. Most days, she works from her Harlem apartment. Other days, she goes into Pinterest’s New York City headquarters.

Once she’s had her coffee, that’s when her day really gets started. She settles into a slew of meetings with creators or colleagues brainstorming how to make their bond a little stronger each day.

It makes sense that Shifferaw has built her career on creating space and breaking molds in the marketing and advertising industry. Growing up, her father was an inventor named Tessema Dosho Shifferaw, who created what we know today as the Bowflex exercise machine, but has also patented a number of other things.

On lunch dates, she’d see him flip over the receipt to scribble and sketch ideas on the back. “His brain was constantly thinking of new ideas,” she said. “I grew up in a very creative household.”

It’s in her blood and is something she’s carried with her to build new inclusive initiatives at each place of work. For now, there’s still an appetite to build and inspire, which she’ll do as long as she has the resources, she noted. “Part of it comes from the innate desire to want to create and want to build,” Shifferaw said. “I can’t do 3-D art, but I can put a strategy together.” 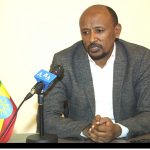 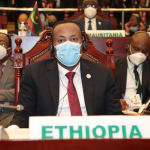