By Tavneet Suri and Nidhi Parekh

When the COVID-19 pandemic and the resulting recession pushed 120 million people worldwide into extreme poverty in 2020, many countries relied on social-protection measures to cushion the blow. By May 2021, a total of 3,333 such schemes had been planned or implemented in 222 countries or territories.
Because the world will face other crises in the coming decades, we must learn how to protect people better against unexpected events – particularly as the effects of climate change become more pronounced and leave many exposed to natural disasters and income shocks. But how? Social-protection programs that assist low-income families, insure against shocks, and break poverty traps offer a potential solution. But targeted cash transfers, the most prevalent scheme, might not address supply-side barriers such as shortages of food and other essential goods, particularly during crises. So, can any type of cash transfers mitigate the impact of large shocks? Do crises require new social-protection measures, or can existing policies boost resilience? An increasingly popular and much-debated form of social protection is a universal basic income (UBI): an unconditional cash transfer that is large enough to meet individuals’ basic needs and is delivered to everyone within a community. While the UBI idea is not new, it has recently been gaining traction globally, with pilot programs launched in countries including Finland, India, and the United States. The concept builds on decades of evidence concerning the impact of cash transfers. For example, contrary to popular opinion, studies show that cash transfers reduce spending on “temptation goods” like alcohol and tobacco, do not discourage work, and have a wide range of positive effects. But a lack of accurate, dynamic data makes it difficult to direct cash transfers to those most in need. Targeting individuals rather than households is even more complicated, because poor individuals often live in non-poor households.
A UBI could circumvent these issues, because it is not only universal but also can be provided to individuals rather than households. Furthermore, a UBI could help soften the blow of unexpected shocks that might leave some segments of the population vulnerable and in need of government support – although whether it could do so cost-effectively has yet to be determined. In 2017, a team of researchers – Abhijit Banerjee, Michael Faye, Alan Krueger, Paul Niehaus, and one of us (Suri) – in collaboration with Innovations for Poverty Action and GiveDirectly, began a randomized evaluation in Kenya to test the effect of a digitally transferred UBI. The team focused on two low-income counties, Siaya and Bomet, and evaluated three distinct UBI designs: a large lump sum, equivalent to approximately $500 (the “lump-sum arm”); a payment of $0.75 per day for two years, equivalent to about $500 (the “short-term arm”); and a payment of $0.75 per day for 12 years (the “long-term arm”). Payments were made to each adult over the age of 18 in the assigned villages. When the pandemic hit Kenya in 2020, the team quickly realized that they needed to understand whether this UBI was helping people weather the crisis. So, with funding from J-PAL Africa’s Digital Identification and Finance Initiative, they conducted phone surveys of the households participating in the program. By this point, the lump-sum and short-term arms were complete; the long-term arm was ongoing. The team found that the UBI improved households’ food security and physical and mental health, relative to the comparison group of households that did not receive the transfer. UBI recipients also reduced their social interactions, possibly because of the pandemic and perhaps because they did not need to rely on friends and relatives as much during the hungry season (though this is speculative at best). This may have lessened the burden on local public-health systems as UBI recipients were less likely to fall ill. Hunger was widespread in the two counties the team studied. But whereas 68% of people in the comparison group reported experiencing hunger in the past 30 days, UBI recipients were 5-11 percentage points less likely to do so. This effect was significantly larger for people in the long-term arm, who expected to continue receiving transfers. UBI recipients were also 4-6 percentage points less likely to report that a household member had been sick during the past 30 days, as compared to 44% in the comparison group. And while 29% of people in the comparison group had recently sought medical attention at a hospital, UBI beneficiaries were 3-5 percentage points less likely to do so, because they were less likely to be sick. The researchers also saw how more income can lead people to take greater risks. Before the pandemic, new businesses established by some UBI recipients posted large increases in profits. But such risk-taking does not always pay off. Although these enterprises largely remained open during the COVID-19 crisis, earnings declined to levels similar to those in the comparison group. This decrease in income for UBI beneficiaries during the pandemic was not a failure of UBI. The grant is designed to maintain a minimum standard of living and, by providing a form of insurance, may encourage recipients to take more risks. But in a crisis of the magnitude of the pandemic, policymakers should also consider protecting incomes (as some high-income countries did).
The onset of the pandemic in Kenya coincided with the agricultural off (or lean) season, when hunger and illness typically increase, and income declines. Although the study could not isolate the pandemic’s effects from these seasonal trends, the evidence highlights the importance of access to cash transfers and other income supplements during crises, particularly to reduce hunger and illness. Policymakers and businesses in poorer countries should therefore consider building cash-transfer systems that can be activated at short notice to deliver additional funds to a large number of people, if not everyone, in response to unanticipated shocks.
Tavneet Suri is Professor of Applied Economics at MIT.
Nidhi Parekh is a project director at the Abdul Latif Jameel Poverty Action Lab (J-PAL). 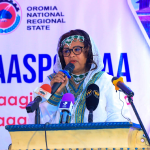 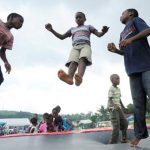