Calling out Western media coverage of Ukraine’s conflict as racist, as some have done, seems a bit of a cheap shot—one angling for another hot take to throw into the never-ending click-bait news cycle. Yes, there have been questionable choices of language by broadcast journalists expressing shock at how something like this could happen in a country where the people are ‘civilised’ and ‘look like us’. And, yes, the scale of the coverage has dwarfed that of other conflicts going on around the world.

There are obvious reasons, though, why Ukraine has got, and should have, more coverage than wars happening in places such as Ethiopia and Yemen. Russia is a nuclear-armed superpower. The invasion threatens to draw in neighbouring European countries and escalate into a global conflict. It is also exacerbating the economic fallout of the pandemic that is directly hitting people through inflation and spiralling petrol and energy prices.

A similar hand-wringing over media bias and implicit racism happened in 2015 after the coverage of terrorist attacks on the office of the Charlie Hebdo satirical newspaper and the Bataclan nightclub in France that dwarfed attention paid to disasters elsewhere, including a massacre in Nigeria and the war in Syria. But as with Ukraine, when terrible and shocking events happen closer to home, it is not morally wrong to pay more attention. It is normal and rational.

And yet, the scale of the inverse relationship between the magnitude of suffering that has occurred in Ethiopia and the minimal coverage and engagement by the international community is harder to square. Ethiopia is a major ally for the US and UK in the volatile Horn of Africa and receives billions in support accordingly.

The estimate of half a million victims of the war in Ethiopia has been calculated by Jan Nyssen and a team of researchers at Ghent University in Belgium who have monitored the grinding see-saw conflict since it began in November 2020. It includes an estimated 50,000 to 100,000 victims of direct killings, 150,000 to 200,000 starvation deaths, and more than 100,000 additional deaths caused by a lack of healthcare access due to the conflict.

My interpretation of the international ennui over that death toll and accompanying humanitarian cataclysm: we are nowhere near shaking off some of our previous habits of perception that have characterised conflict throughout the years, whereby a black life lost or violated isn’t as terrible as a white life lost or violated. I come at that as someone who fought in Iraq and Afghanistan, where the loss of civilian life was on an astonishing scale and allowed to endure for decades.

The war in Yemen is about to enter its eighth year and rivals Ethiopia in terms of humanitarian devastation. Nearly 250,000 Yemenis are estimated to have died since 2015, through a similar combination of direct killings and hunger and disease resulting from the conflict. This includes, it’s estimated, upwards of 20,000 people who have died as a direct result of air strikes by the Saudis and their allies—using billions of dollars’ worth of Western-built munitions.

As in Ethiopia’s conflict—where air strikes have involved the same Turkish Bayraktar TB2 armed drones being used in Ukraine’s war to such decisive effect—war crimes have been committed by both sides in Yemen. Western media has provided some coverage of these two conflicts and their atrocities—including the ABC’s Counterpoint interviewing me about Ethiopia’s conflict. But there has been little overall traction—certainly in terms of impact on the public mood and the body politic leading to debate and action—compared to the coverage of and response to Ukraine’s conflict that swung into action straight away and hasn’t let up.

‘The “unthinkable things” that happen in places like Africa are typically reported in terms of issues, number and trends—rather than the people, the emotions and the lives destroyed,’ Moky Makura of Africa No Filter, a group that works to dispel stereotypes about the continent, writes in a recent opinion piece for CNN. Makura notes how at the same time ‘poverty, conflict, corruption, disease and poor leadership were the five frames through which most stories are told about Africa’.

I can relate to that from my time freelancing in Ethiopia. It was very difficult to get through to editors—especially those at big-name media outlets—if I was pitching a story that didn’t conform to those frames of narrative. The irony is that once Ethiopia’s big conflict came along providing a frame that usually proves so popular to Western appetites, Covid-19 had the media’s attention in a vice, and just as that lifted the Ukraine conflict erupted and kept the focus squarely in one place.

Such habits and tendencies of the media were critiqued in the 1988 book Manufacturing consent, co-authored by Edward Herman and Noam Chomsky. They argued that the mass media advanced stories and news—in the authors’ terms, propaganda—that drew the approval of government and elite interests; if a story didn’t dovetail with those interests, it would receive insubstantial coverage, if that.

‘While the coverage of the worthy victim was generous with gory details and quoted expressions of outrage and demands for justice, the coverage of the unworthy victims was low-keyed, designed to keep the lid on emotions and evoking regretful and philosophical generalities on the omnipresence of violence and the inherent tragedy of human life,’ Herman and Chomsky write.

Some relief agencies are reporting a loss of funding for their Africa operations as donors switch to Ukraine. Furthermore, Ukraine and Russia are major exporters to Africa of grains and other agricultural commodities, and the war has interrupted supplies and forced up prices. Egypt, Lebanon, Libya, Somalia, Sudan and Yemen import at least half of their wheat from Ukraine or Russia, according to the United Nations.

‘All of this is hitting the poorest the hardest and planting the seeds for political instability and unrest around the globe,’ UN Secretary-General Antonio Guterres recently commented. ‘We are seeing clear evidence of this war draining resources and attention from other trouble spots in desperate need.’

In Ethiopia and Yemen there are finally glimmers of hope. It appears in both cases the opposing sides may have finally ground each other down to a point where some sort of peaceful compromise may be forced onto them. On 25 March, Tigrayan forces agreed to a ‘cessation of hostilities’, following the government’s announcement of an indefinite humanitarian truce a day earlier. In Yemen, a two-month truce was agreed by the warring parties at the start of April. But no such luck for the world’s other conflicts rumbling on away from Ukraine. 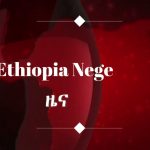