Addis Ababa April 30, 2022(Walta) –  The government will not tolerate those who seek to destabilize Ethiopia by accepting the plot of its historical enemies and provoking religious conflicts, according to the Government Communication Service.

He added that the instability in Gondar city has returned to normalcy thanks to the efforts of security forces and the peace-loving people, and the detention of the perpetrators has intensified.

Members of the public in various parts of the country are also condemning the act, the minister stated, warning entities that are spreading the unrest to refrain from their acts.

He emphasized that the activities of some extremists to foment internecine bloodletting among the public is unacceptable as it puts togetherness and unity in crisis.

According to him, the government will continue bringing to justice entities with the evil objective to erode the unity of the people.

The ongoing operation to destroy the terrorist Shene group in Oromia Regional State has been intensified, and armed fighters of the group have been destroyed and surrendered, Legesse stated.

Meanwhile, the minister said the 1,099 heavy trucks that carried humanitarian aid to Tigray Regional State have not yet returned.

He also revealed that the statement made by the TPLF terrorist group that it had withdrawn from the entire Afar region is false.

And less than 40 of the 145 vehicles deployed to deliver humanitarian aid to the region following the truce by the government have returned, it was learned.

The government feels that the TPLF uses the vehicles for transporting armaments and food for their army.

“The invading force has been spreading false propaganda to mislead the international community by claiming that it has completely withdrawn from the area it occupies in Amhara and Afar regions.”

“It is also spreading the false information that Tigray children and mothers are suffering from drug shortage while selling medicines by opening new drug stores,” the minister disclosed.

Legesse stressed that the international community should put pressure on the TPLF to stop its activities to hinder the flow of humanitarian aid, withdraw from areas it occupies forcefully, and ensure the return of the aid trucks.

The minister underlined that it is important to ensure that the aid to the Tigray region is reaching the needy people.

Humanitarian assistance has also been distributed to more than 11.6 million people in need in Amhara Regional State.

Over 239,000 metric tons of food aid have been provided to people affected by the war in the region.

The Disaster Risk Management Commission has in the meantime distributed over 1,300 metric tons of assistance for 200,000 drought-affected people in the Guji Zone of Oromia. 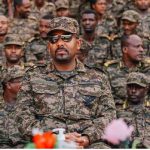 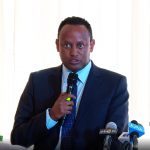