I am writing this in response to the story headlined, “A NICE Send Off for Insurance Guru” (Volume 15, Number 755, October 19, 2014), which reported on the imminent retirement of Habtemariam Shumgizaw, who formally completed his tenure as the chief executive officer of the National Insurance Company of Ethiopia S.C. (NICE) on November 1, 2014.

I wish to begin by conveying my deepest congratulations and best wishes to Habtemariam on his retirement following many years of active and meritorious service as a business leader, top-level administrator and accomplished insurance and finance professional.

Individuals like him and others of his generation and similar calibre such as Amerga Kassa of NIB Bank, Zafu Eyessuswerk of UNIC-Ethiopia, Alemayehu Haile of NICE, Hambissa Wakwaya and Kefelign Sahle of Awash Insurance, and many others have left an indelible mark on Ethiopia’s business landscape. The insurance companies and banks that they created and led would outlive them – to continue creating wealth and sustainable employment for both present and future generations of Ethiopians.

No doubt, this is an enviable entrepreneurship record and a major private sector contribution to Ethiopia’s national growth and development in the post-Dergue era. Therefore, such individuals should be recognised and awarded by the federal government to serve as an encouragement and inspiration to all those that are to follow.

Once again, I would like to congratulate Habtemariam for his impeccable record of meritorious service. 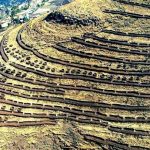 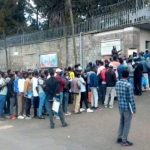