Gotytom Gebreslase broke away with about two kilometers to go and never gave Korir a chance down the final stretch to cross the finishing line for two hours, 18 minutes, and 11 seconds, smashing Briton Paula Radcliffe’s previous mark of 2:20:57 set in 2005.

“I am very happy and I want to give all the glory to God,” said Gebrselassie, who picked up the first major title of her career in Berlin last year.

“The Kenyan runner asked me to pass her but I stayed patient. Towards 40km, I felt strong and decided to leave.”

It was Ethiopia’s second marathon triumph in Eugene, Oregon after Tamirat Tola won the men’s title in another championship record 2:05:36. 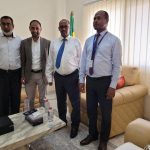 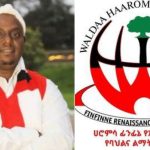