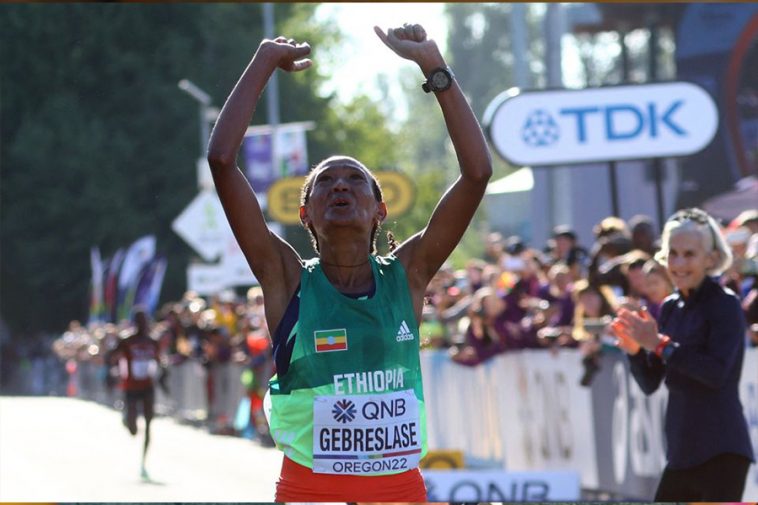 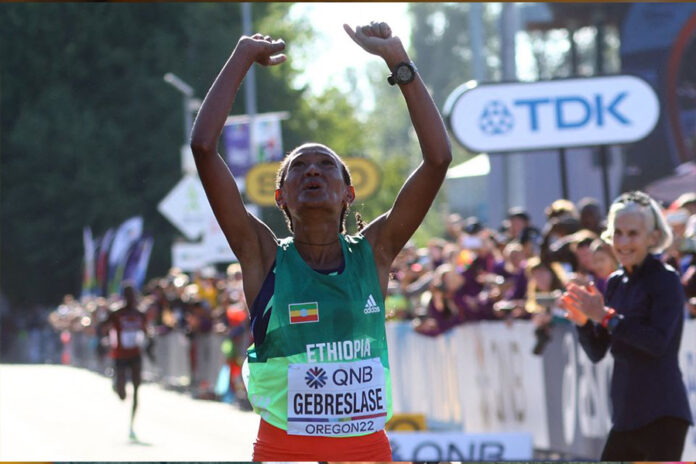 Ethiopia’s Gotytom Gebreslase hopes peace can prevail in her country after winning the women’s marathon at the World Athletics Championships.
The 27-year-old beat Kenya’s Judith Korir in Eugene in a time of two hours 18 minutes and 11 seconds to set a new World Championships record.
Conflict has been ongoing in Ethiopia’s northern Tigray region since late 2020, while there has been unrest in the neighbouring Amhara region which borders Sudan this year.
Gotytom showed her emotion after the race, breaking into tears when asked what her victory meant for her and her country.
“Winning is a very impressive and amazing thing,” she said.
“I wish all Ethiopians to be victorious in everything. Women can all be winners when they work hard for themselves and for their countries. And I wish for peace in my country, in all of Ethiopia,” the marathon champion remarked.
The top two finishers both set new personal bests, with Korir finishing nine seconds behind Gotytom, and Kenya-born Israeli runner Lonah Salpeter claimed the bronze in two hours, 20 minutes and 18 seconds.
“I planned to come out at 40 kilometres and I performed that tactic and I won the gold,” Gotytom added.
“Working hard is the key factor. I worked hard in my hometown. I know the Kenyans are tough but I have last-minute high speed so I used that speed and won the Championships.”
Meanwhile, Eritrea’s Nazret Weldu set a new national record of 2:20:29 as she finished fourth.
Gotytom’s compatriot Tamirat Tola won gold in the men’s marathon at the World Championships. 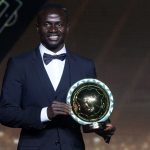