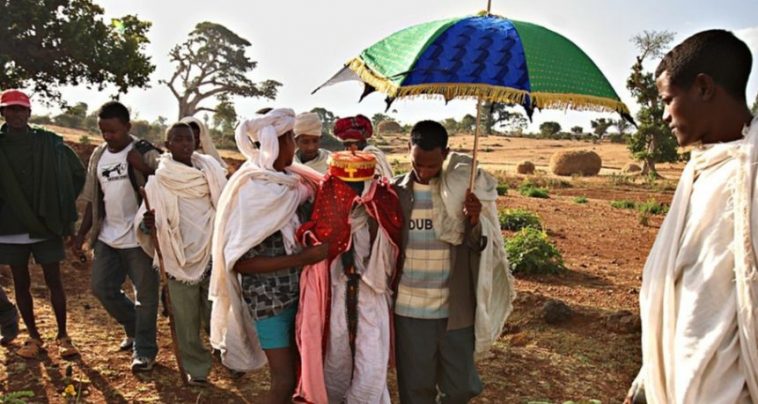 Early marriage or Child marriage is any marriage entered into before the age of 18, according to UNICEF’s definition. Studies show that more girls tend to get married at a young age than boys.

This practice, also known as child marriage, had been one of the common traditional practices in Ethiopia, especially in the northern part of the country. Ethiopian law considers early marriage harmful and raised the legal minimum age for marriage from 15 to 18. Though the rate has dropped in recent years, the practice is still evident in some parts of the country.

In Ethiopia, marriage is a highly respected practice, and disregarding this tradition is considered a disgrace to the family. An unmarried girl in her teens is referred to as ‘stagnant’ in society. Fearing this, parents do their best to marry off their children at an early age.

Another factor that is claimed to encourage early marriage is the dowry that comes with it. Because of their girl’s marriage, parents would obtain cattle, money, and other possessions in the form of dowry. This is considered a source of income for families.

Ethiopia has 13 months.  Every month has 30 days and the remaining five days are considered the last month of the year called Pagumen. January is the month favored to hold weddings as it comes after the harvesting season. Weddings of early marriages also take place during this time.

In January 2022 alone, 209 child marriages took place in Gondar. The Central Gondar Zone Women’s Movement and Participation told Addis Zeybe that the zonal department was able to terminate 102 of the marriages. Out of the 209 marriages, 105 were conducted secretly. This means the child brides are not told they are getting married. The weddings are also held in secret because the parents know they get in trouble with law enforcement if they do it openly.

The leader of the Women’s Movement and Participation, Tadesse Muche, says one of the reasons for early marriage is the need to have grandsons. Children who are married at an early age are more likely to have children at an early age. This way, it is considered, they can give birth to many children while they are young. A large family is considered an asset in most parts of Ethiopia.

The other reason for early marriage, according to Tadesse, is to protect girls from premarital sex, unwanted pregnancy, and sexually transmitted diseases. These teenage girls are expected to have their virginity intact when they marry. They would be disgraced if they are not found with their virginity.

One factor that leads to early marriage is covenant marriage. Before or after the birth of the two marrying parties, their parents make a vow with each other to unite their children in marriage at a certain age.

In this type of marriage, which is commonly called foster marriage, the bride goes to live with her husband’s family after she turns 10 or 12. This lasts for a period of time until the girl reaches puberty. While living with her in-laws, she is forced to do heavy house chores. She is not expected to have sexual intercourse with her husband until she reaches a certain age. However, it doesn’t mean she is totally protected from experiencing sexual harassment by her husband or friends.

An article published by UNICEF states, “Child marriage robs girls of their childhood and threatens their lives and health.”

The girls suffer from life-threatening problems like fistula as a result of child delivery at a young age. Moreover, they are usually forced to leave school and stay at home. It is a practice that harms teenage girls’ life in many ways.

Shashe Zewdu is an officer at Gondar City Administration’s Health Department Maternal and Child Health Unit. Shashe says there are people who think it is only possible to flourish a community by encouraging marriages. Newly married couples are forced to have children soon. The young brides often have limited access to reproductive education and health care. They often don’t use contraceptives. This affects the girls’ health as they go through pregnancy and delivery at a young age. As they don’t have the awareness or means to come to health care centers, they suffer from fistula hidden at home.

Addis Zeybe talked to Dr. Zelalem Mengiste, a gynecologist at Gondar University General Hospital, says fistula is a very serious problem that can affect a woman’s ability to control her urine and feces due to a hole formed in her genitals. A woman with fistulas is excluded from society.

These young brides do not suffer only from physical health problems. They also suffer psychologically. They are forced to drop out of school. This in turn contributes to their unemployment. They are financially dependent on their spouses and unable to make decisions on their own. They are psychologically traumatized, feeling inferior.

Bosena Degu, 20 was forced to give birth at home for an absence of medical care in her area. Four days after her delivery, she received medical treatment from the Gondar Specialized Hospital Fistula Center. She told us that her care at the Fistula Center was good.

Another young woman, Woletehana Kassa, was diagnosed with fistula. She said she had the means to give birth at a health center but was forced to do it  at home by her husband.

Dr. Zelalem says more work should be done in creating awareness that fistula is a medical condition that is caused by prolonged labor. It is a disease, not a curse, as society assumes. This condition could be cured with proper medical treatment, says Zelalem.

Gondar Specialized Hospital Fistula Medical Center provides free treatment. More than a hundred fistula patients have been treated at the hospital this year alone. According to Zelalem, this could be helpful in creating awareness about fistula in society. 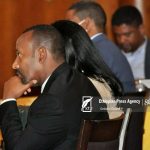