I  had written to this publication, headlined “Ethiopian’s Conspicuous Flaw” [Vol 18, No. 933, March 17, 2018], highlighting that Ethiopian Airlines has put in place a policy to empower women and include women in different executive positions instead of just all-women-crew flights on March 8.

I gave an example on initiatives such as “Women in Technology” that tech companies in developed countries such as the United States are stirring up to facilitate the awareness and be part of the movement to ensure gender quality through investment and policy.

Lately, much of the news about Ethiopian has been a controversy over a pilot. But one day last week, I woke up to an article in Bloomberg headlined: “Ethiopia Names 50pc Female Cabinet in Government Overhaul.”

Since I had been waiting for a response from Ethiopian on my article, my eyes read “Ethiopian” instead of “Ethiopia” and rushed to read the article only to find that the scope has grown and the initiative was on a country level.

Ethiopia must continue to adhere to inclusivity in all directions. I am hoping this cabinet follows suit and addresses outdated thinking, replacing them with new ways in the respective institutions that they lead. 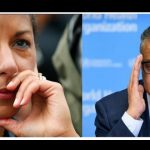 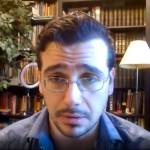