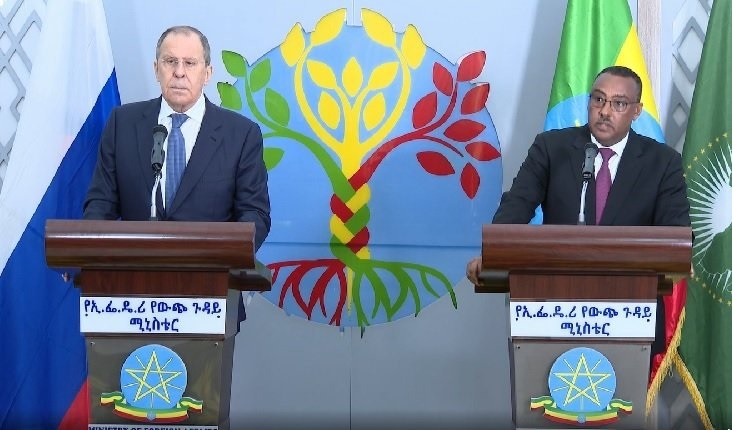 Briefing journalists, Lavrov said his discussion with Foreign Minister Demeke focused on broad areas, including transport, economic, trade and investment as well as the current dynamics.

The foreign minister added that the relations between Ethiopia and Russia have always been longstanding, those of friendship, solidarity and mutual sympathy.

He further pointed out that necessary preparations are underway to make the intergovernmental commission efficient and effective on economy and commerce. It is expected to be held in Addis Ababa.

The ministers have also discussed the promising avenue for the development of interactions between businesses in energy, transportation, telecommunication, information security, agriculture, it was learned.

“We have also been informed about the internal political situation. We have confirmed our support to the effort being undertaken by our friends in order to ensure stability in the country and find positive solutions to the existing internal crisis,” the Russian Foreign Minister stated.

According to him, Ethiopia and Russia have similar positions on international and regional agenda items. “And these approaches depend on by our respect for international law and primarily for the principles and norms of the UN charter, and for the respect of sovereign rights of states.”

Deputy Prime Minister and Foreign Minister, Demeke Mekonen told journalist on his part that he had fruitful discussion with his Russian counterpart and they have agreed to continue working together on issues of mutual interest.

He added that their discussion covered regional and global issues.

“We are grateful to Russia’s unwavering support in helping us in safeguarding Ethiopia’s sovereignty. More recently, the Russian Federation stood with us during the last two years opposing the undue pressure put on Ethiopia in the agenda of the UNSC.”

Foreign Minister Demeke and his counterpart agreed to further strengthen bilateral ties and identify actions to be taken by the intergovernmental commission on economic, scientific, cultural and trade cooperation areas.

He also briefed Lavrov about Ethiopia’s commitment in the trilateral negotiations among Ethiopia, Sudan and Egypt on the filling and operation of GERD. 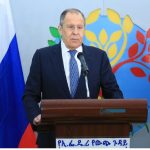 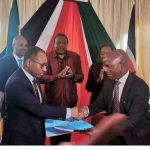