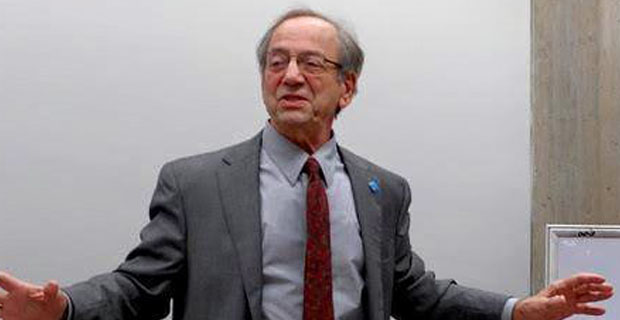 His five-decade affair with Ethiopia begun in the late 1950s, when buying a bicycle from an Ethiopia student who was returning back home after, finishing his studies in Chicago. Later a prominent artist, Alefelege Selam had introduced Ethiopia and its people to Donald N. Levine, a professor of sociology, a social theorist, and above all an Ethiopianist at heart.

That momentous encounter brought a lifetime engagement between Levine and his many Ethiopian friends for over 50 years, sometimes putting him in distinct places in the most significant chapters of Ethiopia’s contemporary history.

Levine was born in New Castle, Pennsylvania, in 1931; but, he lived much of his life, including his formative years, in Chicago. Merely five years – as an exchange student in Germany and performing his seminal works in Ethiopia – had he lived away from the “Windy City.”

He was already a seasoned intellectual before he landed in the ancient land of Ethiopia in the late 1950s, after receiving his PhD in sociology, in 1957. While a graduate student, his intellectual evolution was shaped by his mentors, including Robert Redfield and Richard McKeon, giants of their time.

As an academic, Levine was credited for inspiring a generation of students to have a renaissance of interest in social theory. He was a recognized critic of interpretations of the works of George Simmel, a German sociologist and philosopher of the 20th Centaury who contemplated to answer the query, “What is society?”

It was Simmel who first adopted the definition of culture as, “a cultivation of individuals through the agency of external forms which have been objectified in the course of history.”

So did Levine land in the hinterland of an Amhara society in the late 1950s, and lasted for two years in Menz, 170Km north of Addis Abeba. A peasant society under serfdom, hardly anyone spoke English in and around of Mollale, a small village he chose to make his home. If there was anyone, a young Ethiopian teacher at a local elementary school had attempted to converse with him in English, Levine once recalled.

Two years of life in Menz gave him the joy to introduce himself as, “a Menzye.” Indeed, his eloquent conversation in Amharic and his fondness in signing of papers as “Liben Gebre Ethiopia,” often disarmed Ethiopians when they first met him.

But his understanding of the Ethiopian society runs deeper than his ability to speak and write in Amharic. His first book, “Wax & Gold,” first published in 1965 under the Chicago University Press, examined culture and innovation in the Ethiopian society. Almost all the reviews were overwhelmingly positive. From the New Yorker’s, “A superb book” to the Chicago Tribune’s, “Both a sociological work and an entertaining travel narrative” and to the more academically serious American Sociological Review’s, “Levine performs the most ancient scholarly task well, that of the sage, who leads us to see the eternal wisdom hidden behind the veil of everyday concerns,” the book remained a must read title for those interested in Ethiopia.

No doubt it has since influenced many, such as Ken Ohashi, a Japanese who was country manager of the World Bank for Ethiopia for three years, until 2011. Ohashi took a rare path of publicly voicing his thoughts on what impedes Ethiopia from growing, a practice which ran him into a tense relationship with the government of the late Meles Zenawi. Ohashi’s view of Ethiopia’s underdevelopment to cultural trait is significantly determined by his readings of Levine’s books, according a staffer who has worked with Ohashi.

Levine himself was not without a tense relationship with Ethiopian leaders for having the bravery to state his opinions. He was indeed expelled from the country in December 1960, after the brothers of Neway and their allies in the Emperor’s elite force and the police had attempted a failed coup d’etat in the same year. The mastermind of Ethiopia’s first coup, Germame Neway, was his close friend. At the time, Levine was teaching at the Hailesellasie I University, residing in a villa in Kazanchis area.

During the last hours of the coup, the two met inside the US Embassy compound, where Levine had made a pledge to convey to the world what had prompted them to rebel against an Emperor known by the outside world for his historical and prophetic address to the League of Nations, in Geneva. Levine’s opinion piece published in an American daily led to his eventual expulsion from Ethiopia, in 1961.

Another 32 years passed before he set foot in Ethiopia, right after the collapse of the military junta, which itself overthrew Emperor Hailesellasie from the throne. His engagement with Ethiopia never stopped though.

His remarkable book, “Greater Ethiopia”, published under Chicago University Press, in 1974, examined through the scholarly tools of history, anthropology and sociology. It explored the question of Ethiopia’s unique place in repelling European expansionism while others in Africa fall under the yoke of colonialism. Most importantly though, it answers the often controversial issue of Ethiopia as a single cultural region, despite its linguistic and religious diversity.

His books on Ethiopia won him appreciation and acknowledgment, including one from a university where he had formerly taught. The Addis Abeba University recognized his contributions in Ethiopia, giving him an Honorary Doctorate of Letters in 2004.

“Your pioneering work, ‘Wax and Gold’, has become an Ethiopian classic,” reads his citation. “Yours is an exceptionally imaginative quest to reach an understanding of Amhara society from the internal point of view. The very concept of ‘Wax and Gold’ has taken a life of its own: it figures at once in our understanding of Ethiopia’s pre-modern culture and in our coming to grips with Ethiopia’s reception of modernity. ‘Greater Ethiopia’ draws attention to the deep fact that Ethiopian life is rooted in multicultural identities, and it also demonstrates the salient bonds that hold them together.”

Ethiopia was to Levine one of the four passions he took in. Throughout his career, he stayed engaged with undergraduate education, sociological theory, and the Japanese martial art of Aikido, the latter the art of non-combative engagement and resolution of disputes. He once had demonstrated Aikido to the late Meles, inside his office.

It was during the political turmoil in the aftermath of the 2005 national elections when the Prime Minister had ordered the arrest and subsequent trial of opposition leaders. Levine was the first non-Ethiopian “Shimaglie” – as he had preferred to identify himself – Meles had allowed visit to the opposition leaders inside Qality prison, a few weeks later, their first detention. Speaking to them was part of his broader effort, attempting to solve political crises through dialogue and agreement.

“I appreciated his dedication and effort in attempting to get down a culture of dialogue in this nation,” said a person who was actively following Levine’s exertions back in the mid-2000s.

Levine was determined not to see another lost opportunity for Ethiopia, as he had witnessed it played and replayed ever since he got to know about Ethiopia. He had recalled the first play was the failed coup of the 1960, followed by the overthrow of Emperor in 1974, and the downfall of the Dergue in 1991.

“It is sad for him and shame on us that he passed away while we still failed to master the art of civilized dialogue,” said this person.

In later age, he took his two passions – Ethiopia and Aikido – together in the town of Hawassa, 276Km south of Addis Abeba, where he helped open the Hawassa Youth Centre. There, he and others have taught kids to practice Aikido. In that Levine passed away pleased to know that many of the kids who have been at the Hawassa Youth Centre have made better use of their lives. 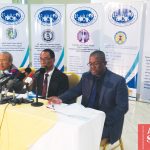