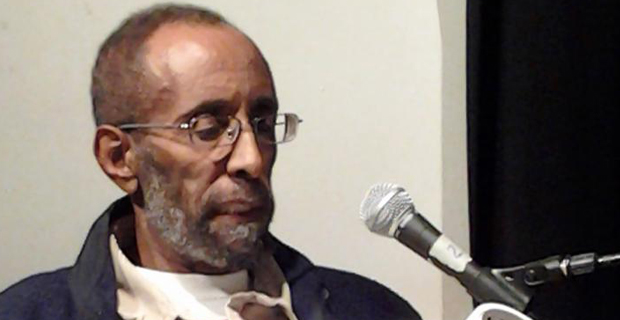 A volume of poetry titled, ‘Lijnet’ literally meaning childhood, published in 1963, grabbed the attention of the public. Many prominent writers and individuals at that time did not fail to criticise it for not adhering to traditional Amharic versification, which is stringently rhythmic and rhyming. Luckily, the art piece did not lose its admirers.

In the shadow of this controversy, the writer, Solomon Deressa became one of the four prominent poets along with Kebede Michael, Mengistu Lemma and Tsegaye GebreMedhin, who shaped Amharic poetry in the post-Italian-invasion era.

These writers took credit in alienating Amharic poetry from the traditional, Qene, an Ethiopian style of writing a message in a veiled but artistic way of expression, a strictly measured quality that is more of metaphysical, religious and moralistic.

Solomon did not only break the law of the past, but he refused to abide by the rule of his time.  Lately, in his second book Zebet Ilfitu, he tried to theorise his style of writing by taking the Afaan Oromo equivalent to poetry, Welelo.

Welelo is not in line with the versified poem, and it is not necessarily arranged in a metrical rhythm. This makes Solomon a pioneer in introducing such type of metrical writing.

The news of his death in Minneapolis, US, on November 02, 2017, was shocking for his admirers. Although he had managed to visit his country a couple of times, the founder of modern Amharic Poetry was living in exile since the Ethiopian revolution.

His eight-decade worldly journey started in Chuta, Wellega Zone in the Oromia regional state. In the beginning, his rebellious soul was not ready to enrol in regular schooling. When he came to the capital at the age of four, his family was forced to find an appropriate school for the boy who possessed a maturity beyond his years. Slowly, but surely, he got the gist of learning and managed to join Addis Abeba University at the age of 16.

While he was studying Literature and Western Philosophy there, he became acquainted with the texts of Karl Marx, Friedrich Hegel, Emmanuel Kant and other philosophers. His in-depth and dedicated readings at that time affected his perspective significantly. He also worked as a Radio anchor and host, one the professions he was engaged throughout his life, for the Ethiopian Radio English Services. Tesfaye Gessesse, his childhood friend, recounts his extraordinary English language skills.

Before he earned his Bachelor of Arts, he won the Ethiopian government’s scholarship to France. He had failed in its official language courses repetitively. However, it did not take long for Solomon to conquer the French as his poems in the language testify.

Though he was assigned to attend law school at the University of Toulouse, he did not spend his time attending the class. He toured Europe, visited museums, libraries, art galleries and hung out with friends. Here he became acquainted with Richard Wright, James Baldwin, and Chester Hime- three black American writers living in Paris to avoid Jim Crow. The time he spent there was one of the exciting parts of his life that is why he calls Paris his city next to Addis Abeba.

Pairs was not a place for gratification alone, Solomon proved his brilliance in profoundly observing things in the fields he was not trained in. The Art criticism he wrote on the paintings of Alexander Boghossian, the Armenian-Ethiopian painter and art teacher, earned him extensive publicity. His criticism entitled ‘Skunder in Context’ is still relevant in the eyes of generations of artists, according to Artist and Teacher at Ale School of Fine Arts & Design, Bekele Mekonnen.

Their friendship did not end in the love for art; Solomon was  Alexander’s best man when he wedded a black American girl from Alabama, US. When Solomon went to the US to attend the ceremony, he did not return to France to complete his education.

While he was in the US, he wanted to be recruited as a radio technician for an Ethiopian Radio in a project funded by the US government.  After he secured the job, he came back to Addis to work as a journalist.  He had served the Ethiopian Radio and Television on many journalistic missions including as a Deputy Chairperson.

Solomon’s unorthodox poetic works and writing make him one of the most read poets of his generation.  The article co-authored by him and Gedamu Abraha, titled “Hyphenated-Ethiopian,” was one of such works published in Addis Report.

Solomon preferred to be exiled when the military junta, Dergue, came to power in 1974.

In this part of his life, Solomon was engaged in academic works. After studying Oriental Philosophy and American Literature, he taught at California University.  Training and consulting in communication is also another area Solomon was devoted to.

Solomon fathered a daughter from his American wife, Nan, whom he later divorced. Many people including his close friend, the late renowned writer, Sibhat Gebregziabher witnessed his patience in listening to others. His daughter, Gelane Solomon and his younger brother, a veteran, distinguished diplomat, Birhanu Deressa underline the mental energy he invested to sort out others’ chaos.

For many of his admirers, his surprising departure created much agony. His poems are still a source of inspiration and contemplation as he left them open to interpretation. While writing poems, Solomon usually emphasised the form. The content was secondary for him.

Assefa Aregahegne, in his thesis titled The Origin & Development of Amharic Literature, did not deny Solomon’s impact on the Amharic literature despite his reservations.

“He writes poetry for the sake of its form; his poems are not at all devoid of content. His conception of poetry primarily as the form does not enable him to escape from content either,” argues Assefa.

Assefa is not alone in assessing the works of Solomon. Mengistu Lemma, the legendary writer, was one of the critics of his non-metrical rhythm.  However, later, the influence of Solomon’s style was exhibited in the introduction of his autobiography.

His works are published in English and French including in the collection of best African works by Nobel Laureate Wole Soyinka.

Solomon sought impermanence not only in his works but also for himself. It is obvious to conclude that from his decision to cremate his body on November 04, 2017. Solomon is survived by his daughter and five grandchildren. 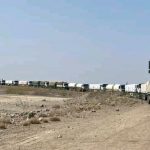 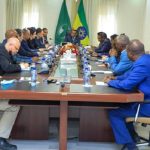