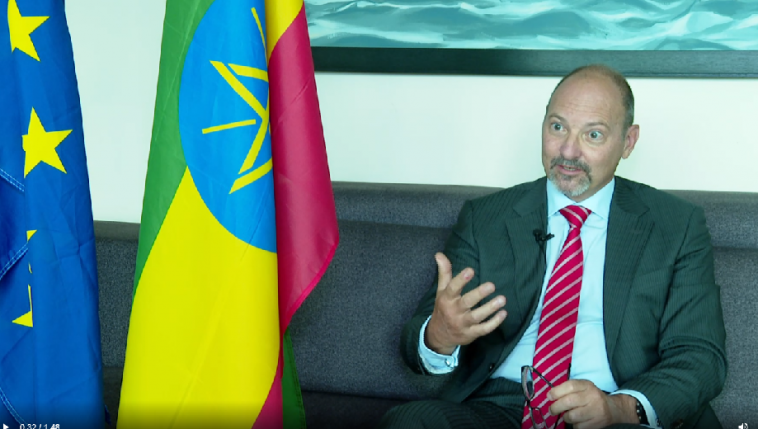 In an exclusive interview with ENA, the ambassador said the strong strategic engagement between EU and Ethiopia was an initiative signed in 2016.

According to him, the engagement was the recognition of importance of Ethiopia for the EU member states and for its pivotal role in the Horn and also in the continent.

The strategic engagement is a document looking at the relationship between Ethiopia and EU in a very wide way.

“We look to have more cooperation in political, and security issues with Ethiopia not only at regional level but also at continental level,” Kobia pointed out.

Ethiopia has been security provider for many years and for many decades and a very important contributor of troops for peacekeeping in the Horn of Africa and elsewhere, the delegation stated.

He further underlined that not only the security and political matters are very high in the agenda to strategic engagement between EU and Ethiopia but also economic partnership, including trade, investment, development aid and people-to-people contact.

“The security and political matters are very high in the agenda to strategic engagement. Strategic engagement is also about economic partnership, trade, investment, development aid, people-to-people contact. So, it is a very wide document that enables Ethiopia and 27 member states of EU to go further in cooperation and collaboration,” Kobia underscored.

The ambassador said EU is not interested to interfere in Ethiopia  as the EU is very much attached to UN charters and values, respecting sovereignty of a nation.

EU is a peace project created to bring peace in Europe and to export peace and promote peace around the world, he affirmed.

Kobia elaborated  that EU principles are based on respecting independence, territorial integrity,  and borders; and all these principles are applied to Ethiopia.

Speaking on the current situation in Ethiopia, the delegation head said that EU doesn’t want to interfere; but as partner EU is ready to support peace process.

Commenting on the recent discussion  held between Ethiopian government officials, including  Deputy Prime Minister and Foreign Affairs Minister  Demeke Mekonen, and the EU 27 member states and governments, Kobia stated that the discussion was a very good sign of engagement in very meaningful, deep and wide political discussion.

Finally, he expressed his hope that Ethiopia will overcome the challenges and end the chapter of war. Turn the page and move to more peaceful environment. 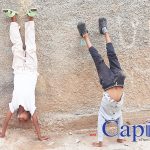 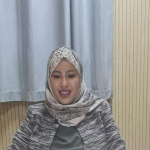