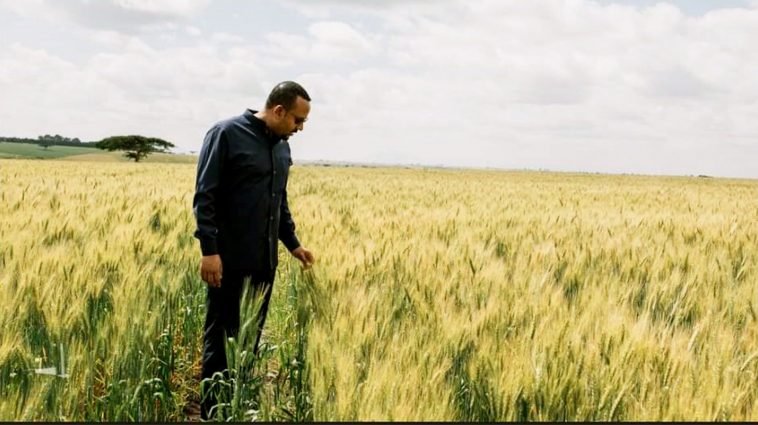 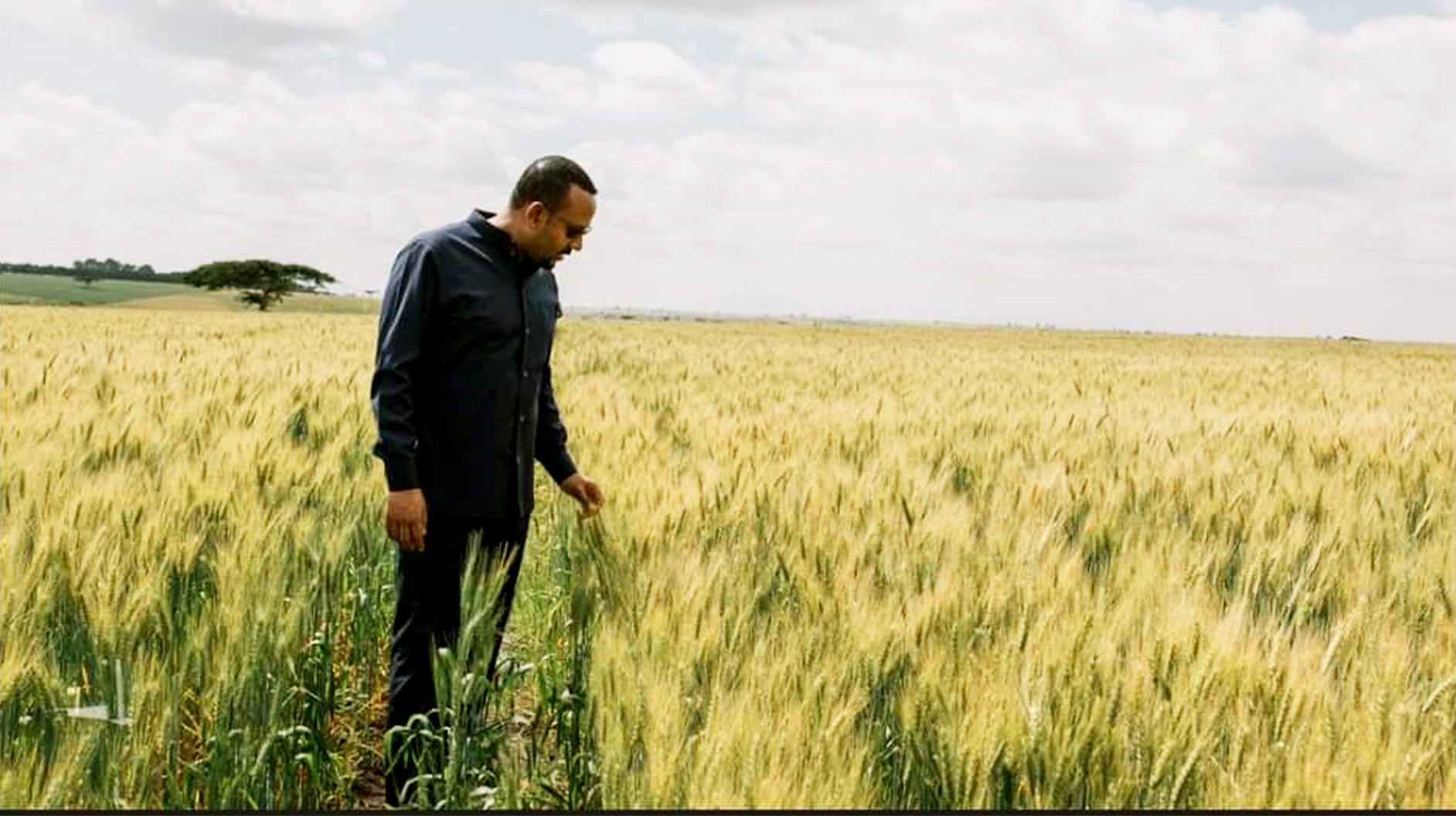 Whilst addressing the 13th ordinary session of the House of Peoples Representatives on June 14, Prime Minister Abiy Ahmed (Ph.D.) said the grain export industry had shown remarkable growth despite pressures including the termination of the AGOA privilege, among others. Significantly, Abiy noted that Ethiopia will start exporting wheat from next year on.

Confirming that wheat production is producing good results, Mandefro Nigussie (Ph.D.), the State Minister of the Ministry of Agriculture said: “The efforts to replace imported wheat with domestic production have shown great results. Ethiopia is working to accelerate its productivity for self-sufficiency while targeting import substitution ahead.

According to the state minister, the productivity of wheat in most regions of Ethiopia is promising. The government has been focusing on this development project, Mandefro said, by providing technical and logistical support to irrigate wheat development areas in a coordinated manner.

The data from the Ministry of Agriculture denotes Ethiopians have to harvest some 6.5 million tons of wheat per year to meet the demand. But currently, the country’s 4.2 million households grow only 4.6 million tons on 1.7 million hectares. This doesn’t meet the need as the demand for the crop is rising, attributing the rise in demand to the growing number of people moving to cities.

However, recently, the Ethiopian government has ventured into this massive effort to harvest wheat in the country and avoid importing it from abroad. The summer wheat irrigation strategy which has been developed, introduced, and implemented in all parts of Ethiopia is a good start – but its success is yet to be realized, according to Bekele Abeyo, a researcher on wheat and CIMMYT’s country representative in Ethiopia.

Noting that the national wheat yields are steadily climbing, Bekele asserted that more needs to be done. “Still only 2.7 tons of wheat is being harvested per hectare on average; well below global standards.”

Multiple efforts, PM  Abiy said, are underway to increase the productivity of the agricultural sector. According to the Prime Minister, 28% of the arable land in the country has been cultivated with the help of a mechanized farming system.

He also indicated that 45% of the total land has been included in the cluster farming system, a system that creates real profit by merging several smallholder farms, adding that the nation has secured some 336 million quintals of crop production from this year’s autumn harvesting.

Amid a looming food crisis, Ethiopia has emerged as an African country that has taken significant steps to achieve self-sufficiency in food production. “With support from the African Development Bank’s agricultural Technologies for African Agricultural Transformation Program, Ethiopia has not imported grain in 2022,” said Akinwumi Adesina, African Development Bank President,  in a speech he made during a meeting with G7 development ministers on June 9, 2022.

Accordingly, Addis Zeybe spoke to experts in the field, independent of the government, and managed to look into external reports to find more about the success of this new approach to wheat production self-sufficiency.

An assessment report of the United Nations Conference on Trade and Development revealed that the Ukraine war’s impact on trade and development has confirmed a rapidly worsening outlook for the world economy, underpinned by rising food, fuel, and fertilizer prices.

The report further indicated that Ukraine and Russia are global players in agri-food markets, representing 53% of global trade in sunflower oil and seeds and 27% in wheat. This rapidly evolving situation is alarming, especially for developing nations and many underdeveloped countries.

Like other African countries, Ethiopia is affected by the trade and investment fluctuations associated with the Russia-Ukraine war. However, experts say that the nationally developed summer irrigation strategy for wheat production will allow Ethiopia to withstand this global impact.

In the near term, the war in Ukraine has been posing hardships for African households, the agricultural sector, and food security. The rising price of oil on global markets, because of the crisis in Europe, has had a direct impact on the cost of transport and on mechanized farming.

Russian President Vladimir Putin met with AU leaders on June 10, 2022, and said that Russia was not to blame for the growing food crisis affecting the continent and parts of the rest of the world.

Russia and Ukraine are known to account for nearly a third of the globe’s wheat supplies. Russia is also a key global fertilizer exporter, and Ukraine is a major exporter of maize and sunflower oil too. Putin made no reference to the food crisis at the meeting, but spoke in general terms of Russia’s desire to develop ties with African countries, saying trade turnover had risen by more than 34% in the first few months of this year.

Fitsum Hailu Zeleke, who is an – expert in Agro-industry and production operations, believes that Ethiopian wheat production statistics are reliable. “Since Ethiopia engaged in irrigated summer wheat productivity through strengthening cluster farming approaches, the farmers have been harvesting greater yields and that will continue to be supported through various efforts,” says Fitsum.

He added that Ethiopia is showing significant and encouraging activities in this regard. “I have seen in practice that Ethiopia has the right conditions and land to grow wheat if the government pays more attention to these results.”

He suggested that the government should pay more attention to the fact that Ethiopia is a country with a favorable environment for wheat production and should expand this proven experimental productivity in all sectors. In order to achieve better results, he further believes it is necessary to solve the problem of inputs, drainage, lending water pumps, adequate supply of seeds as well as fertilizers, and providing technical support to the farmer.

Another agriculture expert – who preferred to stay anonymous said: “Wheat self-sufficiency requires a lot of effort and resources. Of course, the government has done a lot to achieve this, but I believe it should take some time before making sure that our country is able to produce adequate wheat for itself and even export it to neighboring countries.”

According to the expert, to increase the productivity of wheat fertilization during the regular summer season, it is necessary to address the deep-rooted famine in various parts of the country. This is because productive lands and irrigation products are the mainstays of the project. “I think it would be better to celebrate the success further down the line since the coming summer season might reverse the result,” he added.

Separately, a report by ‘The Daily Trust’ elaborates on how Nigeria can learn from the Ethiopian wheat value chain. The report states that the objective of the Ethiopian government is to cut down the import of wheat by producing during the cold season in pastoral dry areas currently available in the Awash, Omo, and Shebelle river basins.

The report indicated that the financial burden for wheat imports is particularly high for the Ethiopian treasury and its currency reserves. As a result, massive wheat imports are emergency strategies for preventing social suffering and possible civil disorders. It also states that other areas where the government has continuously intervened are the wide provision of storage facilities and market information systems to smallholder farmers across the country.

It is to be noted that the government has officially disclosed that it has covered a large area of land with wheat with the help of the summer irrigation project. It is also said that Ethiopia’s leading agriculture and policy specialists’ new strategy have raised national wheat production dramatically and achieved self-sufficiency for the crop.

However, experts are debating this allegation of self-sustained success. The outcomes from upcoming consecutive post-production seasons will affirm or put to doubt this reported success. 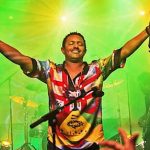 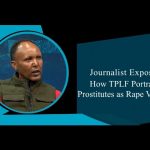