When the war intensified between TPLF forces and the Ethiopian army in Adiarkay, North Gondar zone, Zerfie Tigabu fled her home with her husband and four children. She was seven months pregnant at the time. The day she and her family left home on July 23, 2021, and came to the camp in Debark remains imprinted on her memory.

Zerfe was able to come to Debark by car because people sympathized with her as her pregnancy was visible. But she remembers that the car was crammed with people and she thought she would die on the way.

Before the war broke out, Zerfie had been a stay-at-home mother while her husband worked on a loading and unloading business with trade vehicles. Still, they had enough income to support their young family.

After escorting his family to the safety of the camp, her husband, Amare Mihrete, went back to the war front and hasn’t yet returned. Zerfie has no information about his status and doesn’t even know if he is alive or dead.

Zerfie is now a mother of six – after delivering her twins at the camp. The 35-year-old is currently raising her children alone.

Life was already tough by the time they reached Debark. The family was sheltered at a school compound for a time and Zerfie couldn’t access prenatal care. They were then transferred to another camp called Debark Kulich Meda in North Gonder, where they are still staying. There are more than 5000 people in the camp, mainly consisting of women and children.

The camp is established by combined efforts of stakeholders like the bureau of education, health, women’s affairs, and emergency services and is run by the Regional Emergency Coordination Center.

Zerfie gave birth to twin boys in Debark Kulich Meda camp on September 16, 2021. It has now been eleven months since they left home and they are still living in the camp with thousands of other internally displaced people (IDPs) who are in need of humanitarian assistance.

“It’s been more than three months since we received food and other basic supplies,” says Zerfie, adding that she and her family are barely surviving with financial assistance from some organizations.

The major organization that is reaching out to the IDPs is UNICEF. SIDA and such organizations also assist the displaced people by providing wheat flour. However, UNICEF provides them with money so the people can buy anything they need by themselves. Still, what the IDPs are receiving is not enough.

For Zerfie and her family as well as fellow displaced people, life will get harder as winter approaches. The area is known for its cold weather even during the dry seasons. The current rainy season will be much colder, making camp life with limited supplies even more difficult.

“The officials tell us to go back home. But all our properties have been destroyed. What are we returning back to?” wonders Zerfie, adding that she found the government’s call for the IDPs to go back impractical.

She also shares her worries that there is no guarantee armed groups will not return back to her village and attack them again. “I wish to go home. But our belongings have been destroyed. At least, we would like to be sure there will be no more conflict,” says Zerfie.

According to a report from the Amhara Region’s Emergency Coordination Center, 58,231 women, including Zerfie, need “coordinated humanitarian assistance” to save their lives in Debark Kulich Meda camp and within the surrounding community.

These women need food supplies, cooking utensils, health care, sanitary materials, and much more. The emergency coordination center also identified the need for cash transferring services and access to education for the children.

As she didn’t have anyone to help her with the newborn twins, Zerfie had asked her eldest daughter, Birtukan, to drop out of school at the age of eleven. Birtukan had started going to school in Debark.

Birtukan says, “I’m helping my mother with the babies. But I’d be happy if I could go back to school, if possible.”

The Regional Emergency Coordination Center’s report indicates that 139,000 people are displaced because of the war in North Gonder. Among the total number of the IDPs, 21,593 are children.

The camp can only host about 5,000 of these displaced people. The rest are living with the community in Debark. Some of them are able to find cheap houses to rent while the rest are living as dependents with families in Debark. As Adiarkay and Debark are neighboring woredas, most of the people know or are related with one another.

However, all the displaced people have to go to the camp in order to access money or any kind of aid from the humanitarian organizations.

Father Mulugeta Gebre-Hiwot, a priest in the Ethiopian Orthodox Church, lived in Adiarkay with his wife and three children prior to the conflict. He had lost his sight due to health problems at the age of 16. He recalls the day he and his family had to run away from home. “It was July 23, 2021 when the armed groups stormed our village. I was afraid for the lives of my wife and children. So we came to Debark,” he said.

It took Father Mulugeta and his family four days to travel by foot and arrive in Debark. Just like the others, they were sheltered at the school for the first few days.

“The support at the time was good; both from the government and the community. But now, there is not enough assistance and we are suffering here,” says the Father.  He is currently staying at the Debark Kulich Meda camp.

Father Mulugeta told us that he wishes to get back home if peace is restored. He says: “I want to go home even though I know all our property is gone. All we need is peace.”

Similar to Zerfie’s daughter, Birtukan, Father Mulugeta’s nine year old son has stopped going to school because access to education is limited around the camp. His father is sad that he can’t send him to school.

Among the total number of displaced people currently residing at the North Gondar’s Debark camp, there are 133 people with different disabilities.

Eyoel Alemu is another displaced person currently living at Debark Kulich Meda camp. He is a 15-year-old eighth grader who lived with his mother, Wude Zerihun, and siblings in Adiarkay.

Eyoel got separated from his family during the chaotic escape from Adiarkay on July 23, 2021.

“My friends and I were swimming at a nearby river at the time the armed group took control of our area. Residents of Adiarkay started fleeing through an opening by the river,” says Eyoel.

As Eyoel was trying to find his mother among the fleeing crowd, he met the father of one of his friends who had come to the river looking for his son.

“He told me that I couldn’t find my mother there. He said she would be in Debark,” says Eyoel remembering how he left Adiarkay.

Eyoel came to Debark along with his friend and his friend’s father but he couldn’t find his mother at the camp. Another mother volunteered to take him in and he stayed with her for more than six months. He hasn’t gone to school this academic year.

Eyoel told us that he has recently got information from a social worker that his mother could be living in another camp called Zarima. He was preparing to go there when we met him.

The regional emergency coordination center report indicates that 21,593 children such as Eyoel are currently living in Debark; both inside the camp and within the community. These children are in dire need of humanitarian aid including food. Most of them are also not attending school.

Asichalew Negash, a social worker at the Debark Kulich Meda refugee camp, is a leader of 12 social workers at the camp. He said they have been working closely with mothers, children, the elderly, and people with disabilities. He said that they are trying to identify the IDPs’ needs and create linkages with individuals and institutions that can reach out to them.

He said: “We are working to support mothers and children in particular. But the number of social workers is not in proportion to those who need support.”

Aschalew also added that their working conditions are deteriorating and that they haven’t been paid their wages for two months. He mentioned their telephone and transportation expenses used to be covered a few months ago but not anymore.

The 139,000 displaced people currently residing in Debark – in the camp and around it – need basic humanitarian support including food.

According to the regional emergency coordination center, there are 2,329,317 IDPs in the Amhara region and coordinated humanitarian assistance is required to support the lives of children and women. Over 1.4 million of these people are displaced from their homes because of the security crisis in North Ethiopia.

On the other hand, researches conducted by the Amhara University Forum and 10 universities in the region, revealed that a total of 828,862 people were directly affected by the war, with 409,178 of them being women.

The studies also indicate that 24,236 people were injured in various ways, including physiological trauma because of the war. The research disclosed that 7,460 people were abducted with their whereabouts yet unknown.

According to the studies, a total of 1,782 women were raped and 6,985 innocent civilians were killed during the war. Of the killed civilians, 2,808 were shot and 579 were beaten to death.

It is estimated that more than 9 billion birr of damage was caused to houses and property due to the war in the region. In this study conducted for five months, the regional government and the Central Statistics Agency were participants. 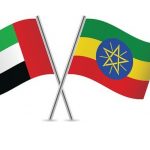 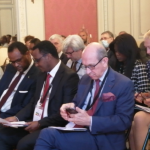