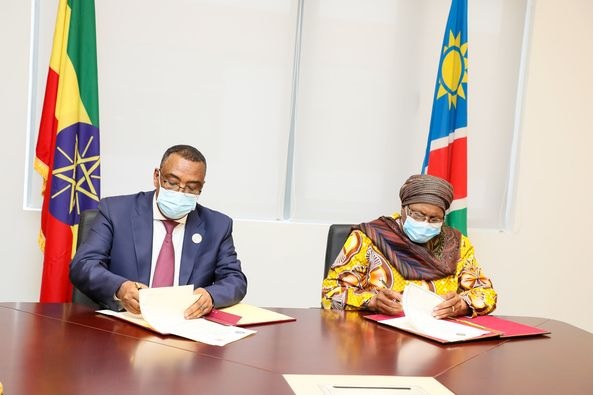 Addis Ababa July 15/2022/ENA/ Ethiopia and Namibia have signed a Memorandum of Understanding (MoU) today to push the bilateral ties between the two countries to a higher level.

The MoU was signed between Deputy Prime Minister and Foreign Minister Demeke Mekonnen and Namibia’s Deputy Prime Minister Netumbo Nandi-Ndaitwah on the margins of the 41st Ordinary Session of the Executive Council of the African Union member states in Lusaka, Zambia, according to Ministry of Foreign Affairs.

On the occasion, Demeke recalled Ethiopia’s support to Namibia’s anti-apartheid struggle and noted that the ties between the two countries have tremendously improved since the independence of Namibia.

He added that the agreement would empower the countries to broaden and improve their historical relationship in a variety of sectors.

Mentioning Ethiopia’s strong ties with its neighbors, he noted that the government is working hard to amicably address the boundary dispute with Sudan.

She also stressed that Namibia has a keen interest in deepening the existing cooperation in various fields, and that this agreement is part of that.

The deputy premier noted that the countries’ historical ties should be elevated to a greater level. 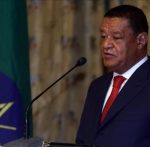 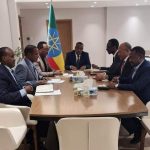