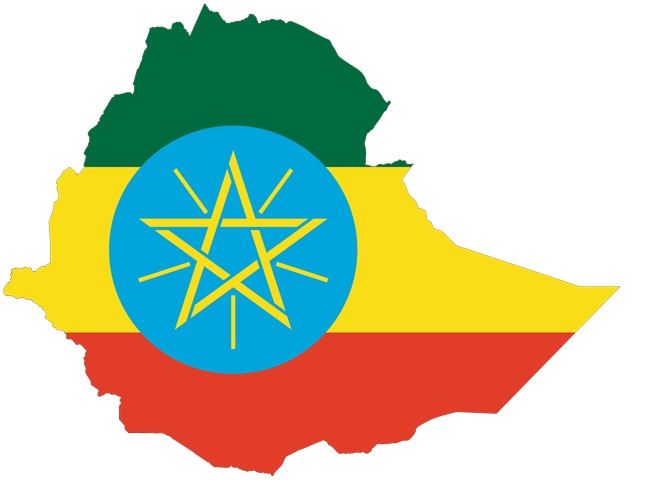 BY A STAFF WRITER

The timing of the conflict that occurred in Gondar City under the guise of religion is a clear indicator for the heinous acts of perpetrators in their deliberate attempts to use religious holidays and funeral ceremonies to accent their political motives bent on destabilizing the country. That particular week in particular was the beginning of Easter for Ethiopian Christians, where Orthodox Tewahido Church and Catholic believers just completed their lent season and the Ramadan fasting season among the Muslims was approaching to end just in a week. Moreover, this is the time in which Ethiopians in the diaspora are coming home to mark the Ramadan fasting season in their homeland.

High ranking Ethiopian political and religious leaders including Ethiopian Deputy Prime Minister and Minister of Foreign Affairs, Demeke Mekonnen, the Mayor of Addis Ababa, Adanich Abebe, and the Head of the Supreme Council for Islamic Affairs, Mufti Haji Omar Idris and a number of other senior federal and regional officials denounced the lawlessness and riots in which lives were also lost and property damaged. The Deputy Prime Minister expressed his deep sadness and regret for what happened in the city of Gondar. He described the incident as” not a characteristic of Ethiopians”. He also underscored the need to be careful while resolving the cause of the conflict. As the incident was heinous act, it was outrightly condemned by Ethiopians regardless of faiths.

On other hand, federal and regional securities forces have apprehended suspects of the crime and have quelled the attempts of the perpetrators to conflict escalate across the country.

President of the Supreme Council of Islamic Affairs, Grand Mufti Haji Omar Idris, denounced the attempt of instigators  to incite interfaith conflict in Gondar and other parts of the country. He called up on every Ethiopian to stand for the peace and unity of the country. “Let us return to our origin; the way we grew up. It is love and harmony that defines us across races or religious sects. It is cooperation that supports and strengthens the foundations of our state,” said Hajj Omar Idris in his compassionate address to the general public of Ethiopia. The Inter Religious Council of Ethiopia also condemned the attacks and called for urgent restraint from further escalation.

However, some western media outlets—viz. Al Jazeera, AFP, Reuters were trying to fuel and escalate interfaith unrest in Ethiopia. On its issue of 27th April 2022, Al-Jazeera, for instance,  wrote “twenty Muslim worshippers have been killed” without confirming the figure from authorities.” While no concerned government authority had issued about the exact causalities, Al-Jazeera was quick to spread the unconfirmed figures just to escalate interfaith conflict in Ethiopia.

The media has attempted to portray the Amhara Regional State as anti-Muslim place but in reality millions of Muslims have coexisted harmoniously for centuries with their Christian brothers and sisters. It further states that the violence was unrelated to conflict in the neighboring Tigray region, trying to defend terrorist TPLF.

Grand Mufti Haji Omar also warned the public as some public influential figures are working hard to incite unrest by spreading false information, the “public should thoroughly verify the information and not take it for granted.”

Many have been arguing that the disinformation and escalation reporting to create religious tension between Christians and Muslims could be considered as the last pullet to dismember Ethiopia.

The other international media, AFP, reported in a similar fashion, describing the incident as “massacre on Muslims by heavily-armed extremist Christians.” The perpetrators never represent Christianity or Islam religion. But AFP framed its stories in a way that it triggers further escalation.

Similarly, Reuters on its issue of 27th April reports that the violence was unrelated to a conflict in the neighboring Tigray region. This a clear misinformation and double standards waged against Ethiopia, spreading unconfirmed reports.  However, the mayor of Gondar, Zewedu Malede, told Ethiopian public broadcaster EBC that the “incident was carried out by a few extremist individuals.”

The proliferation of the religious conflicts across the country is a window dressing for the war on Ethiopia by foreign forces aided by internal traitors. The false propaganda by some media outlets regarding the incidents in Gondar is a political war on Ethiopia to incite conflict under the guise of religion.

If we put such pieces together—i.e. trends of social media and some mainstream media outlets suggest that conspiracies were  pre-planned and framed: no government institutions, such as  police or hospital was approached to verify their reports. So it could be plausible the incident could have been masterminded by local traitors and outside forces. It seems real that numerous social media hooligans, terrorist TPLF and some western media outlets are shooting perhaps the last bullets bent on destabilizing Ethiopia under the guise of religion. Otherwise, media outlets could reported such heinous crimes with care and professional ethics.

It is no exaggerating to state that Christians and Muslims have uniquely coexisted in peace and unity, demonstrating strong social cohesion for many hundred years. However, the enemies of Ethiopia have made countless attempts to break off this unity, but to no avail.

Followers of all religions in the country should stay united and swart the conspiracies set before their country by fully cooperating with law enforcement bodies and defend the sovereignty and territorial integrity of the country. The youth in the country need to refrain from being used as a bait for those who wish to dismember the country. Ethiopia is not as it is portrayed by some international media outlets. 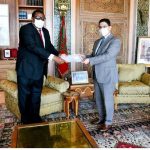