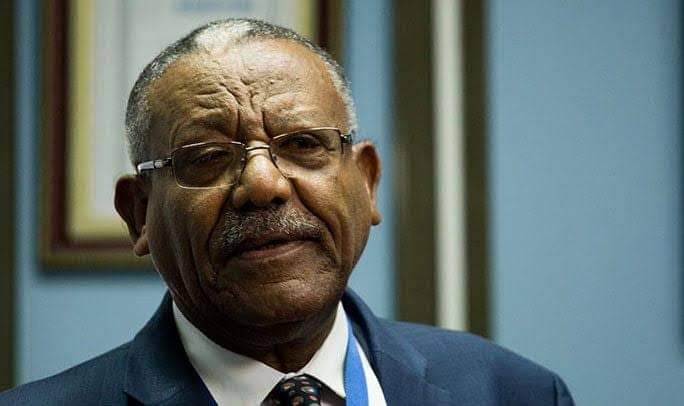 When he was leading the Addis Ababa-based carrier’s development, Wake was also involved in the establishment of the private airline Asky – in which he never held an official position. “During the initial phase of the company’s creation, the founder, Gervais Koffi Djondo, negotiated with him to build the strategic partnership between the two companies,” says Nowel Ngala, commercial director of the Lomé-based carrier in which Ethiopian took a 25% stake.

In 2011, Wake retired as he felt that he had accomplished his mission. “I felt that it was up to someone younger to carry the next strategy, Vision 2025, which we had developed internally this time,” he says. He was then appointed president of Rwandair, a position he held from 2012 to 2017, before returning to Ethiopian in 2018 as a director.

At Rwandair, “while the day-to-day management was carried out by the general manager [at the time John Mirenge], Girma Wake expanded its fleet and destinations,” says Osei Kojo Cobbina, director of the Rwandan company’s flight operations. He describes the president as “pleasant and a good listener, who was keen to share his knowledge”.

It is well known that Wake is always ready to give advice to heads of state (notably in Rwanda, DRC, and Togo), airline CEOs, and all those who show interest in African aviation.

Jon Howell – founder of AviaDev Africa, an annual event dedicated to aviation development on the African continent that Wake has sponsored since 2017 – hails Wake as a man who is “straightforward and never afraid to ask or answer tough questions”.

“I first met him in 2016 when we were launching AviaDev Africa in Rwanda and he was president of Rwandair. He was enthusiastic about my project,” says the Briton who sees Wake as “an inspiration and whose advice is always much appreciated”.

A prize in his name is awarded each year to the person who has contributed the most to the African aviation sector. This award has been given to Raphaël Kuuchi, then vice-president of the International Air Transport Association (IATA), and Chris Zweigenthal, former director-general of the Airlines Association of Southern Africa (AASA) and Adefunke Adeyemi, Iata’s regional director for Africa, in charge of advocacy and strategic relations.

From Rwandair to the African Open Sky

In Togo, Wake is mainly involved in implementing the African Open Sky, of which President Faure Gnassingbé is a fervent advocate, as he is convinced that companies will have more chances to develop in a larger market.

However, even though it has been ratified by 35 countries, which represent 85% of continental traffic, the Single African Air Transport Market is struggling to become a reality. This could change within the post-pandemic context, says Wake.

The problem is that there are a lot of small carriers in Africa that mainly need financial assistance.

“Closing borders has made states aware of the importance of good connectivity,” he said in October 2020, during a webinar hosted by AviaDev.

“The problem is that there are a lot of small carriers in Africa that mainly need financial assistance, and very few African airlines that have the capacity to provide this financial assistance to their counterparts, but in areas such as training, maintenance and sharing capacities as well as personnel, I think a lot can be done,” he said in the same speech.

In addition to his involvement in African aviation, Wake has worked in Ethiopian finance. In 2011, he briefly chaired the Ethiopian insurance company United Insurance, which accumulated 597.4m birr ($11m) in total premiums during the 2019-2020 fiscal year. He resumed this position – which he relinquished in 2012 to focus on Rwandair – from 2016 to 2018.

He is also a founding member, shareholder, and the current chairman of Ethio Lease, the first subsidiary of the African Asset Finance Company (AAFC), a US-based equipment leasing company and the first foreign-owned company that has been licensed to provide financial services in Ethiopia.