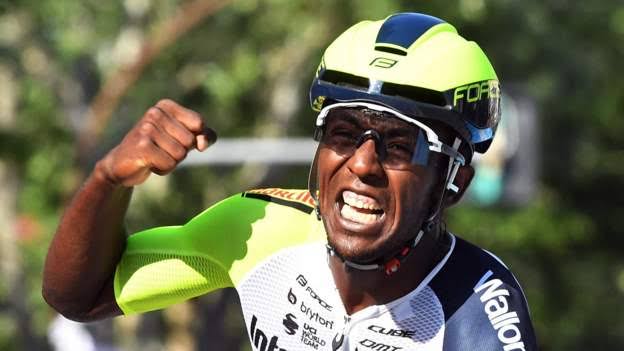 Biniam Girmay (Intermarché-Wanty-Gobert Matériaux) claimed the first Grand Tour stage victory of his career – and the first in history for an Eritrean – as he put Mathieu van der Poel (Alpecin-Fenix) to the sword on stage 10 of the Giro d’Italia.

Having missed out to the Dutchman on the opening stage, before claiming four more top-five placings, Girmay finally bagged his win on a hilly day to Jesi that saw the pure sprinters dumped out of contention.

Van der Poel emerged from Girmay’s slipstream in the final 100 metres but was unable to get around and was left to sit up and give a sporting thumps-up as he crossed the line.

And yet, despite the individual headlines, he took the spotlight and shone it on his teammates. “I don’t have the words for what my team did today,” he said.

Intermarché-Wanty-Gobert Matériaux placed four riders into the 40-man move that emerged over the last of three category 4 climbs in a hilly final half of the stage, and they helped keep a lid on attacks, notably from Van der Poel. The Dutchman’s teammates had helped shred the peloton on the climb, dropping the last of the pure sprinters in Arnaud Démare (Groupama FDJ), but he found himself alone on the other side and resorted to repeated accelerations on the descent in the final 6km.

Girmay, despite nearly taking a wrong turn at a questionably-signalled corner, was able to play it cooler in the reduced bunch, and when it came to the final kilometre, he found a lead out in the most unlikely of places: the diminutive Domenico Pozzovivo. It was in fact Van der Poel who positioned himself on the Italian’s wheel but Girmay stole a march with an early jump along the barriers. Van der Poel soon hit out and wrestled his way alongside. In an agonising effort, he only managed to draw his head level with Girmay’s shoulder, before being forced to relent.

an early jump along the barriers. Van der Poel soon hit out and wrestled his way alongside. In an agonising effort, he only managed to draw his head level with Girmay’s shoulder, before being forced to relent.

Girmay never faded, sailing clear and waving his arms in wild celebration across the line.

“It’s unbelievable,” he said. “All the team was pulling – even GC riders. In the end Pozzovivo was amazing. He just said to me ‘come’ in the last 600 metres, and did a really good lead-out. Every day comes new history. I’m really grateful and happy about what I did.”

There were no changes at the top of the general classification as all the overall contenders finished safely in the lead group. However, there were some skirmishes. Richard Carapaz once again showed his attacking instincts, with his Ineos Grenadiers teammates setting a strong tempo on the final climb in the last 10km, before the Ecuadorian launched an attack of his own on the descent with 3.7km to go. Mikel Landa and Romain Bardet were swiftly on the case and it fizzled out, while Hugh Carthy launched his own move before things came back for the final kilometre.

The 195km stage was one of two halves, the first plotting a near 100km path up the Adriatic coast, before turning inland and heading over some punchy terrain. There were four cat-4 climbs but plenty of other uncategorised undulations, making for a tough day in the saddle and a finale that was always likely to exclude the pure sprinters.

The day’s breakaway went in the early kilometres and comprised three riders: Alessandro De March (Israel-Premier Tech), Lawrence Naesen (AG2R Citroën), and Mattia Bais (Drone Hopper-Androni Giocattoli). Counter attacks did follow but after 15km of racing they were definitively let off the leash.

They build a lead of 6:30 after 50km, before Intermarché, Alpecin, and Lotto Soudal combined to bring it under control. By that turning point of the 100km mark, the gap was down to 4:30.

At the first categorised climb, at Crocette di Montecosaro, De Marchi took maximum points from the break. Back in the bunch, Caleb Ewan (Lotto Soudal) was the first rider to lose contact, while Chris Juul-Jensen (BikeExchange-Jayco) enjoyed a brief foray off the front.

After a short descent, it was onto the second climb, at Recanati, where De Marchi again took the points and another sprinter was distanced, this time Mark Cavendish (QuickStep-AlphaVinyl). There was also an attack, this time from David de la Cruz (Astana Qazaqstan) but again it was short-lived.

Further up the road, Van der Poel suffered a mechanical problem while Carapaz had a small crash but both got back in easily enough. The race then headed through Filottrano with 40km to go, where big crowds lined the streets in tribute to the late Michele Scarponi. There was another intermediate sprint, with Bais again helping himself.

Juul-Jensen attacked again on an uncategorised climb with 34km to go, briefly drawing out riders from Alpecin and Intermaché, but they were just on marking duties. Up front, De Marchi attacked his breakaway companions and went it alone.

Things then settled down, with Bais and Naesen caught 23km from home before De Marchi relented 20km out. From there, it was all about preparations for the final climb, a 4.1km ascent at 4.2%, starting with 12.5km to go. Tobias Foss (Jumbo-Visma) attacked immediately but was pegged back by Alpecin-Fenix. They were trying to set a strong pace to distance the likes of Démare and Gaviria, but in doing so burned matches and left Van der Poel isolated. Ineos then took it up through Jhonatan Narvaez and Pavel Sivakov, and Démare and Gaviria were dumped off the back.

Alessandro Covi (UAE Team Emirates) attacked near the top but Pozzovivo asserted control for Intermarché at the summit, where a group of nearly 40 had gone clear. After a brief lull, it was onto a downhill that would take them to the final kilometre, signalling an open and attacking phase of the race.

Davide Formolo (UAE Team Emirates) hit out and Van der Poel responded, briefly going away in a quartet. He then attacked and moved clear alone, just after Girmay had misjudged a corner. Girmay soon struck out himself, following another wheel in search of Van der Poel but it came back together. As it did, Carapaz tried his luck but was closely marked. Carthy slipped clear and took a move to the final 1300 metres but by that point it was clearly coming down to a sprint.

Led out by Pozzovivo, Girmay delivered a big turn of pace and resoundingly held it all the way to the line for a victory that will go down in history. 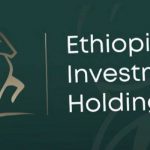 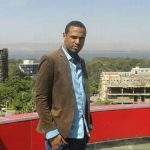