The French Embassy in Ethiopia in collaboration with different CFI, the French media development agency, and Ethio Francaise has been celebrating the 125th anniversary of Ethiopia and France bilateral relations.

During the opening of the training Ambassador of France in Ethiopia, Rémi Maréchaux, indicated that France has been supporting the development of media in Ethiopia since it has published the first newspaper in Ethiopia about a century ago in Harar, eastern part of the country.

Today the Embassy of France in Ethiopia has also organized a panel discussion on Ethiopian media landscape at Ethio Francaise. At the event exhibitions showing the copies of old newspapers and cartoons are also displayed.

Reports show that over the past few years the diplomatic relations between Ethiopia and France has been growing especially in economic and social fronts. Among the projects supported projects by the French development agency, AFD, includes wind power projects in Ethiopia.

Meanwhile, France recently has announced canceling its plan to support the development of Ethiopian Navy following the war in northern part of Ethiopia between the Tigray Peoples :Liberation Front (TPLF) and Ethiopian Army. 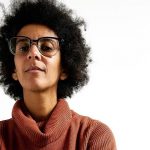