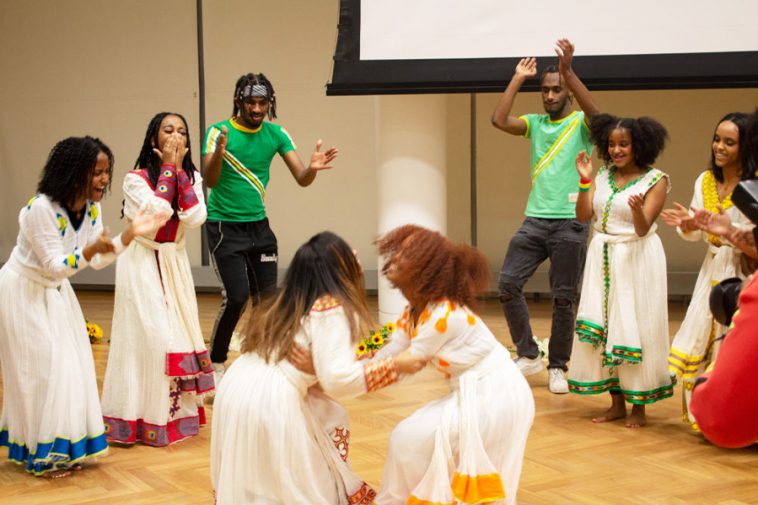 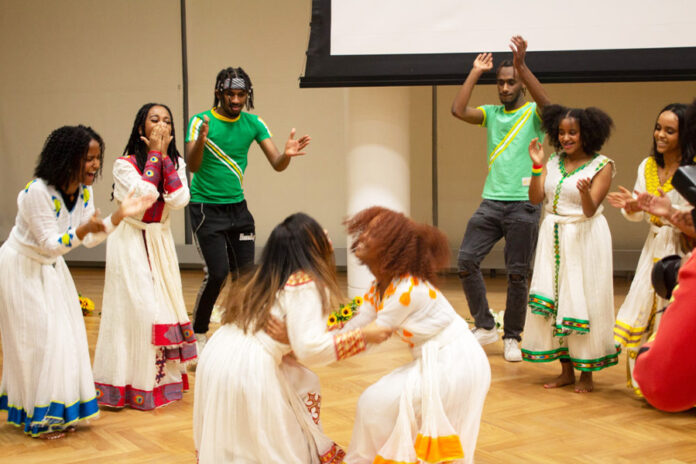 The GW Ethiopian-Eritrean Students Association raised more than $4,000 in donations for an elementary school in Cairo, Egypt serving a refugee population at a banquet fundraiser late last month.
The banquet, held in the Grand Ballroom of the University Student Center, was EESA’s ninth annual benefit dinner and the largest dinner of the organization’s history, EESA leaders said. The money raised from the banquet this year went to help Bana Eritean Elementary School purchase supplies and pay teachers’ salaries.
Senior Nedine Ahmed, the president of EESA, said the organization’s executive board knew they wanted to donate to an Eritrean cause this year and came into contact with the school through the American Team for Displaced Eritreans, a public charity that assists Eritrean refugees and asylum seekers in the United States and around the world. She said the school teaches first- through sixth-graders about their Eritrean language and culture as well as brings their parents together with community events to support Eritrean refugees in Cairo.
Ahmed said the school needs money and assistance to sustain and upkeep the building so they can continue to serve the more than 150 students in the area and can expand to bring in more students.
”The money itself is going to supply school supplies that’s helping them with paying the teacher, just helping them – that’s the main two things,” she said. “Just helping sustain a school because it is already built, it’s just in its second stages of trying to bring more people to school.”
Egypt hosted more than 270,000 refugees and registered asylum seekers as of 2021, the majority from Syria, Sudan, South Sudan, Eritrea, Ethiopia, Yemen and Somalia. UN Refugee Agency data showed more than 20,000 Eritrean refugees were living in Egypt as of 2021.
The benefit dinner included an array of cultural foods, a silent art auction, a fashion show highlighting different cultural pieces from a number of Ethiopian and Eritrean tribes and music and dance performances from EESA members, all of which helped raise funds for the school.
“Spreading word about the tickets, I feel like I was surprisingly shocked that that wasn’t one of the main challenges,” she said. “People really came out, and people really supported us during this.”
She said the main sources of fundraising from the event came from ticket sales, proceeds from the silent art auction and donations. She said EESA also raised money through fundraisers with South Block and Roti in Foggy Bottom, separate events that donated a portion of money made on food to EESA who sent the money to the Bana school.
Kidist Cheru, EESA’s social media chair, said she was thrilled with the number of people who attended the event. She said she thinks this year’s benefit dinner, with more than 150 guests, was the largest dinner EESA has ever hosted.
“It’s open to everybody,” she said. “We also invited family members. The thing is with Ethiopian and Eritrean outside of Africa, the GW population is one of the most populated areas, so we just went around and just asked.”
A promotional video for the benefit dinner filmed by Ahmed that showed the members of the EESA dance team gathering and getting prepared for the banquet gained more than 13,000 views after it was placed in the Student Life GW newsletter.
Cheru said attendees took to posting photos and videos from the event on social media platforms like Instagram and Snapchat throughout the night leading a steady stream of people to show up to buy tickets at the door.
She said the EESA chapters at the University of Maryland and Howard, Georgetown, American and George Mason universities were also invited, and each of their respective executive boards were offered three free tickets, which cost $15 for GW students and $20 for all non-students.
“I think what was really the big thing that I’m outside of our personal marketing, basically at the event, people the entire night were posting it on Instagram, Snapchat, etc., etc.,” she said. “So the entire night we had people coming by, there wasn’t a single point in the event where someone wasn’t buying a ticket to come in.”
EESA Vice President Hanan Kadir said the organization used social media to get in touch with various artists who were willing to donate work for the silent auction portion of the banquet.
Kadir said so many extra people came to the fundraiser that more chairs were needed to accommodate the larger-than-expected crowd.
“We did not expect a lot of people to come to our event,” she said. “We expected about 100 people but a lot of people showed up so we didn’t have enough chairs for people to sit on, and we have to go around and find chairs.”
(The GW Hatchet) 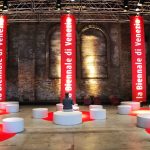 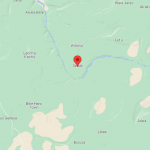