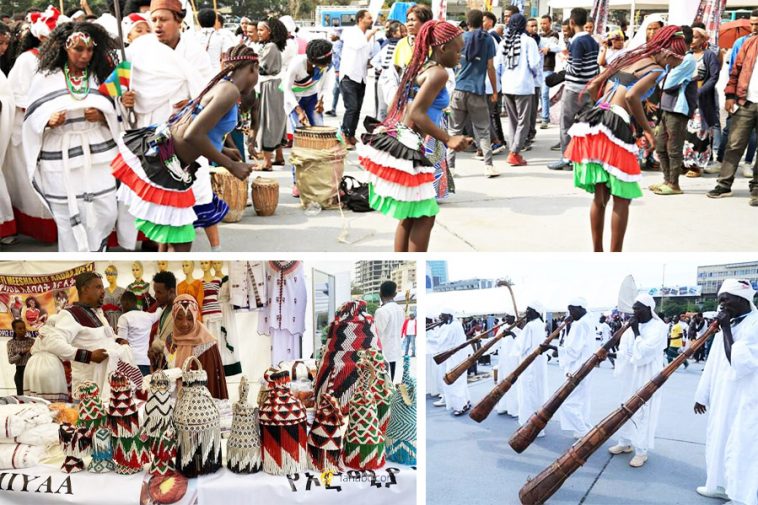 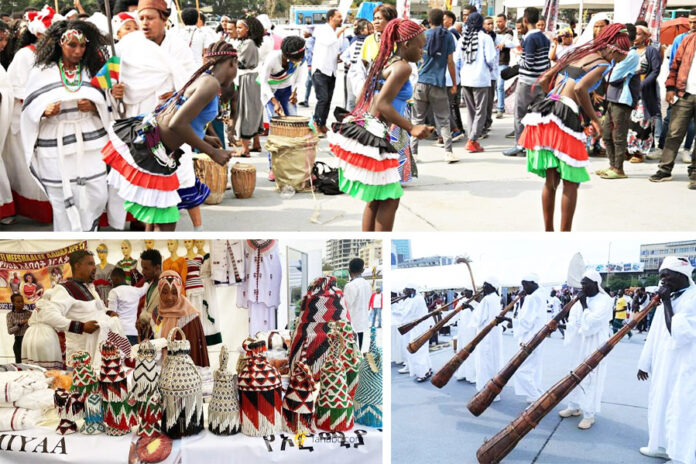 The East African Art and Culture Festival has kicked off in Addis Ababa in the presence of thousands of residents, Government officials, members of the diplomatic community, and participants from neighboring countries.
The Culture and Sports Minister, Kejela Merdasa, and Spokesperson of the Ministry of Foreign Affairs, Ambassador Dina Mufti have addressed participants of the East African Art and Culture Festival opened under the theme “Arts and Culture for Regional Integration”.
The festival will continue till June 19, 2022, showcasing the artistic and cultural values of the East African people. Spokesperson of the Ministry of Foreign Affairs, Ambassador Dina Mufti said the festival will play a significant role in promoting social, economic, and political integration among the East African peoples.
The festival will be held for six consecutive days exhibiting indigenous manufacturing products, traditional cuisines, medicines, artistic pictures, and sculptures, including languages and cultural symposiums and book fairs. The Ethiopian National Theatre, Entoto Park, and Mesqel square will host the various programs.
Speaking at the opening event, Ambassador Dina Mufti, Spokesperson of the Ministry of Foreign Affairs of Ethiopia, said the festival is a great opportunity for East Africans to promote their immense cultural values and artistic products.
The Minister of Culture and Sports, Kejela Merdasa, said the people of East Africa should employ the Festival to support integration efforts and people-to-people relationships.
A representative from the South Sudan Ministry of Culture Youth and Sports noted that the Festival reflects the cultural mosaic of East African countries and it should get deserved attention and recognition in the region.
It is to be recalled that Ethiopia has proposed for the East African Cultural and Art Festival to be hosted in rotation among countries in the sub-regions annually. 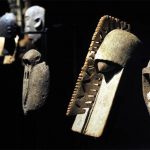 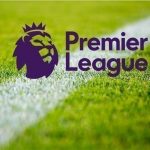