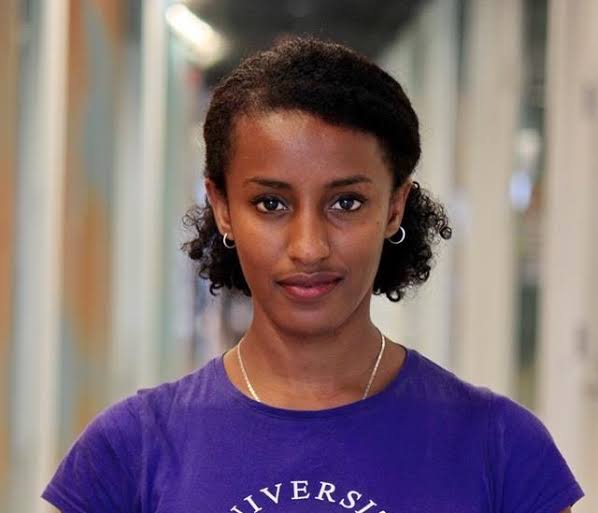 Dr. Rediet Abebe becomes a member of the 2022 class of Andrew Carnegie Fellows and receives $200,000. She is one of the 28 scholars, journalists, and authors selected for the fellowship who received funding to support their work ranging from climate change to political polarization. Dr. Rediet is the first black female Computer Scientist in the Harvard Society of Fellows history. She is the co-founder of Black in Al Workshop, a technology research organization aiming to create an inclusive environment supporting black people in artificial intelligence. Dr. Rediet will partner with Rebecca Wexler, working at Berkeley School of Law, to lead a team to audit forensic software widely used in criminal cases.

New York, NY, April 26 — To help address important and enduring issues confronting our society, Carnegie Corporation of New York today announces the 2022 Class of Andrew Carnegie Fellows. The program recognizes 28 exceptional scholars, journalists, and authors with $200,000 stipends, making it possible for the fellows to devote their time to significant research and writing in the social sciences and humanities. This year’s commitment totals $5.6 million in philanthropic support.

The Andrew Carnegie Fellows Program, founded in 2015, involves a competitive nomination and selection process. It is the most generous stipend of its kind, and to date, the program has named 244 fellows, representing a philanthropic investment of $48.8 million. This year’s research proposals focus on U.S. democracy, the environment, polarization and inequality, technological and cultural evolution, and international relations, among other subjects. Selection criteria prioritize the originality and promise of the research, its potential impact on the field, and the scholar’s plans for communicating the findings to a broad audience.

“In recent years, as we have looked to respond to our world’s most complex problems, the Carnegie Fellows have provided important contributions through their exceptional research, pursuit of knowledge, and creative approaches,” said John J. DeGioia, chair of the Andrew Carnegie Fellows Program jury and president of Georgetown University. “Our panel of jurors were gratified and inspired by the caliber of the research proposals. We believe that this year’s fellows show extraordinary potential for lasting impact.”

Among the winning research topics:

Climate change and wildfires: creating a public database of property damage caused by wildfires to assess the impact, identify loss-prevention policies, and develop methods for recovery and adaption.

Environment: producing multimedia artwork and performances based on the lives of Indigenous people in the Arctic to show the impact of humans on the environment and the urgency of climate change.

Global markets and China: developing data collection and analysis for real-time estimates of China’s international financial role and its impact on the country’s relationship with the U.S. and the dollar.

Infant mortality: tracing the history of Black infant mortality from the 19th century to the present to understand the high death rates, health inequality, and debates over which deaths deserve attention.

U.S. defense industry: reviewing the business and politics of the modern defense sector from 1950 to the present to understand declining public oversight and growing privatization and globalization.

Other topics include a history of food security in Africa; a study of a public university built on the site of a former slave plantation in the American South; efforts by Indigenous groups to remove dams and/or restore rivers; a review of humanity’s impact on the rest of life on Earth; and oral histories conducted in communities affected by climate change.

“The winning proposals represent a wealth of knowledge and expertise, reinforcing our conviction that the humanities and social sciences are essential tools in helping to foster a deeper understanding of the world around us,” said Louise Richardson, vice-chancellor of the University of Oxford, president-elect of Carnegie Corporation of New York, and a member of the jury panel. “We were especially impressed with the breadth of approaches to issues such as climate change, political polarization, migrant populations, and racism, as well as the variety of research locations and historical timeframes, including a project based in the Arctic and one that starts with the origins of humankind. The Andrew Carnegie Fellows are setting a scholarly standard for excellence, and we are delighted to support their endeavors.”

This year’s panel of 13 jurors includes the addition of Martha Minow, the 300th Anniversary University Professor at Harvard Law School. Two jurors, both with the program since its start seven years ago, have accepted new positions and have stepped down from the jury: Amy Gutman, president emerita of the University of Pennsylvania, has been named U.S. ambassador to Germany; and Robbert Dijkgraaf, past director and Leon Levy Professor of the Institute for Advanced Study, has been sworn in as minister of education, culture, and science of the Netherlands.

The 2022 class of 28 fellows, representing 15 men and 13 women, was selected from nearly 300 nominations. The nationwide program includes emerging (13) and established scholars (13), public institutions of higher education (18) and private colleges or universities (7), think tanks (2), and the media (1).

As part of the nomination process, more than 600 individuals — including heads of independent research institutes, societies, and think tanks; university presidents; directors of major university presses; and editors of leading newspapers and magazines — were invited to recommend up to two individuals for consideration. All proposals undergo a preliminary, anonymous evaluation by leading authorities in the relevant fields. The top proposals are then forwarded to the jury for a final review and selection.

The Andrew Carnegie Fellows Program is a continuation of the mission of Carnegie Corporation of New York, as founded by Andrew Carnegie in 1911, to promote the advancement and diffusion of knowledge and understanding. The award is for a period of up to two years, and while the anticipated result is generally a book or major study, the Class of 2022 will also result in an art installation, software applications, and digital platforms.

Read more about the Class of 2022, the Andrew Carnegie Fellows Program, the work of past honorees, the criteria for proposals, and a historical timeline of scholarly research supported by the Corporation. Celebrate the Class of 2022 with our social media and press kit, and join the conversation online at #CarnegieFellows and via Twitter, Instagram, Facebook and LinkedIn. 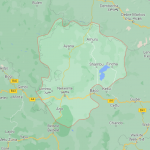 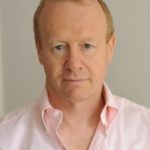