A news article by The National headlined “DP World Launches Legal Action over Djibouti Terminal Seizure”, published on your paper, [Volume 18, Number 930, February 25, 2018], reported on DP World’s launching of legal action over the government of Djibouti’s seizure of the Doraleh Container Terminal.

The article, which was sourced from The National, a United Arab Emirates-based news outlet, quotes a statement by DP World, the contents of which we would like to clarify.

In the article, DP World says that Djibouti’s seizure of Doraleh port was an illegal act. We would like to clarify that the contract agreement signed in 2006 gave a 67pc ownership right to Djibouti’s government and 33pc to DP World. Therefore it was within the nation’s sovereign right to terminate the contract and seize the Port.

The statement by the Dubai-based company also asserts that the move by the Djibouti government is “oppressive”. This is untrue. Djibouti is a democratic country and its regional, parliamentary and presidential elections have been conducted freely, fairly and transparently. It has also been certified by observers from regional and international organisations. 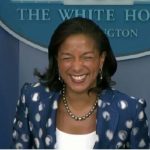 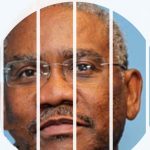