Despite Talks, Foreigners Unwelcome in Ethiopia

I am writing this because I would like to comment on the large advertisement of the country, currently incentivised by the Ethiopian government, in order to encourage foreign investors and tourists to come to Ethiopia. In my humble opinion, foreigners could really help Ethiopia’s growth, by helping to solve the chronic lack of foreign currency and bringing wealth to the many beautiful areas not discovered yet by mass tourism, as well by giving jobs to the locals.

As many foreigners did, I have trusted the country enough to move with my family to Ethiopia (my son was born here), and to invest time, money and knowledge, for our mutual benefit. And after two years, I can say I fell in love with Ethiopia for many good reasons.

Nonetheless, the treatment I received from public offices really makes me sad. In particular, I would like to share my experience about main Department for Immigration & Nationality Affairs, which is supposed to be the most important authority to help us, maintaining government’s promises by giving us the right impression of the country.

Instead, it is the one which most discourages foreigners from investing and living here. I am not willing to discuss here the laws on visas, which are always changing and displayed nowhere, but it is simply not acceptable to be asked to pay the guard at the entrance to get my laptop back.

Nor it is acceptable to be told “if you have any complaint about our work, go back to your country” which is practically the only answer we get from anybody in the Department when we ask for explanations on the rules. When thieves stole my passport, even though I had a proper police report about the fact, I was even forced to pay a huge penalty: and when I asked the Director, where I was supposed to change Birr into dollars in order to pay this penalty, as Commercial Bank of Ethiopia (CBE) is not allowing the change anymore, not even for visa purposes, I was told “Go to the black market outside, or go back to your country.”

It is also not professional for the employees working inside Foreigner Reception, not to speak any language apart from theirs; nor it is professional, to be physically pushed outside the building when it is lunch time. It is a huge waste of time, for everybody, sending us to different random rooms inside the building, queuing up for all of them, fighting to keep our place only to receive the same old answer. I have seen people at the “waiting area” electing a big American guy “leader”, to restore the order and to calm down the employees, asking them to stop shouting, stop pushing the people and keeping the line.

I have also seen pregnant Somali women, American, Chinese and European parents with their kids, silently crying in frustration. The only attention they were given was the hand of the employee shaking in direction of the door, as if to tell a beggar to leave. A friend of mine, who can speak Amharic, once understood that the employees were having fun of his big nose. When he asked for respect, they gave him the usual answer.

Most of the foreigners, after the first visit at the main Department, accept the employees’ suggestion, pack everything and go back home, telling to the people in their country what they saw and how they have been treated. Soon I will do the same, and when my little kid grows up and forgets Amharic, I will apologise to him for having trusted Ethiopia so much to let him be born in a country which does not want him.

Do not say foreigners are welcome – we are not. 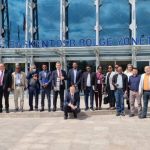 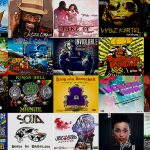