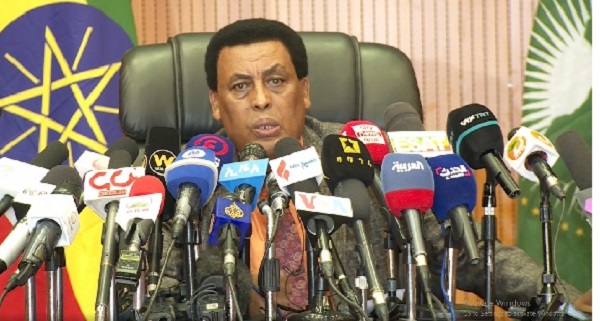 April 14/2022 /ENA/ Ethiopians in the Diaspora should ramp up efforts to protect the interests of their homeland and pledge not to compromise the sovereignty and territorial integrity of the country, Deputy Prime Minister and Foreign Minister Demeke Mekonnen said.
﻿
In his weekly briefing, Foreign Affairs Spokesperson Dina Mufti stated that the deputy premier and foreign minister had a virtual meeting with Ethiopia’s mission leaders abroad during the week.

The spokesperson revealed that Demeke discussed the current situation in the country during a meeting with mission leaders in Europe and Canada as well as Ethiopian community leaders in the diaspora.

In the meeting, the deputy premier appreciated the multifaceted efforts of Ethiopians in diaspora for standing to protect their country’s interests, mentioning the No More Movement as a case in point.

Since the country has continued to face challenges, however, Ethiopian Diaspora should ramp up efforts to protect the interests of their homeland.

He urged the diaspora to consolidate support for the current situation in Ethiopia, particularly the lifting of the ongoing unwarranted pressures.

Mentioning the proposed national dialogue and the humanitarian truce declaration as steps taken to ensure peace in Ethiopia, Demeke reaffirmed to them that the government would not compromise the sovereignty and territorial integrity of the country.

Alongside accelerating the smooth flow of humanitarian access, efforts have been underway to drive the TPLF out of the occupied territories in the Afar and Amhara regions, it was stated.

Speaking about the Joint Report of Amnesty International and Human Rights Watch on alleged crimes in Welkait, Spokesperson Dina Mufti said the ministry has issued a statement that the government of Ethiopia will carefully examine contents of the report.

According to him, the government questions the validity of the numerous political matters such as passing judgments on boundary issues by overstepping their mandates.

Briefing the media on the efforts of the citizen-centered diplomacy, Dina pointed out that more than 6,700 Ethiopians have been repatriated from Saudi Arabia.

“Those repatriated Ethiopians from Saudi Arabia found themselves in a horrible situation. More people are, therefore, expected to be repatriated in three flights a day in three days a week in six months.”

It is expected that there are about 750,000 Ethiopians living in Saudi Arabia. Of these, 450,000 are reported to have entered Saudi Arabia without proper documentation and at least 102,000 Ethiopians are currently being held in various detention centers across the country. 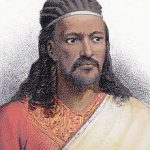