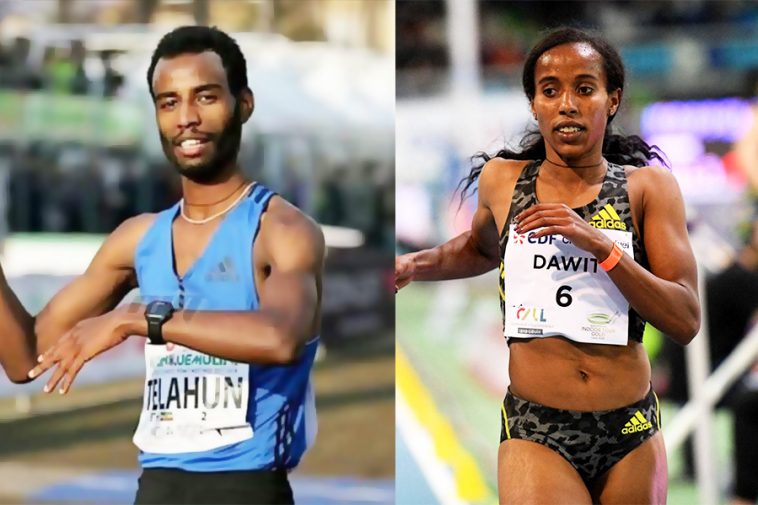 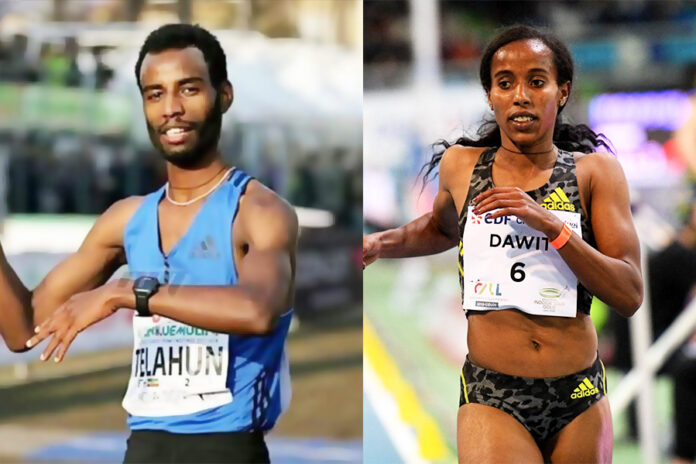 Dawit Seyaum may be new to the 5000m, but the former 1500m specialist looked anything but inexperienced as she outkicked her fellow Ethiopians to win a high-quality race. It’s a second all-Ethiopian podium in Oslo! Telahun Haile has come out on top of the men’s 5000m in 13:03.51 ahead of Samuel Tefara and Getnet Wale.
The opening pace was steady, the first 1000m covered in 2:53.83 and 2000m reached in 5:52.33. Versatile Norwegian runner Karoline Grovdal held on to that lead for another 4500 meters, but then Dawit and compatriots Letesenbet Gidey, Gudaf Tsegay and Almaz Ayana started battling for the lead with one lap to go.
Almaz’s challenge soon faded, leaving Dawit , Gudaf and Letesenbet out in front. Dawit’s kick down the home straight was enough to break free from Tsegay and she won in 14:25.84. Tsegay, the Olympic bronze medalist at this distance, was second in 14:26.69 while world record-holder Gidey was third in 14:26.92.
There was another Ethiopian 1-2-3 in the men’s 5000m, though this time the 1500m standout was beaten by the 5000m specialist.
The pace was steady though never blazing quick, meaning most of the field was still in contention at the business end of the race. Two-time world indoor champion Samuel Tefera led at 3000m, passing in 7:54.39, but then sat back in the pack to save his legs for a potential fast finish.
He made his way back to the front of the pack in the closing stages, but could not get on level terms with Tilahun, who kicked ahead and won in 13:03.51. Samuel Tefera held on for second in 13:04.35, just ahead of compatriot Getnet Wale (13:04.48). 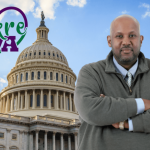 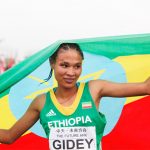