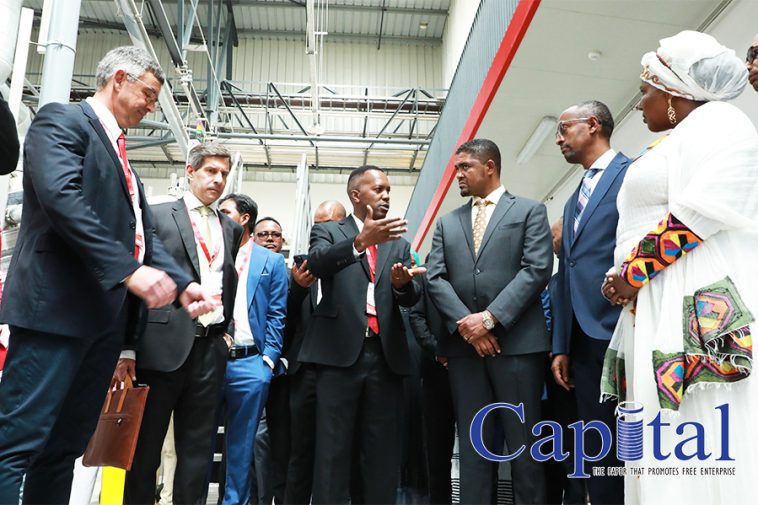 Aimed to unlock export opportunities, Coca Cola Beverage Africa plans to invest 100 million dollars in Ethiopia until the end of 2023 for expansion of its newly inaugurated Sebeta plant. Additionally, Coca Cola is planning to construct its 6th plant in Hawassa.
On Tuesday May 31, 2022, the Coca Cola bottling company inaugurated its fifth plant in Sebeta town with the presence of senior government officials and its management teams.
The plant is located on a 14.4 hectare plot of land in Sebeta town located near Addis Ababa and is said to enable the expansion in production of locally made beverage products.The construction of the Sebeta plant began in 2019 following the announcement of a 300 million investment over five years to expand the company’s operations in Ethiopia.
The new plant is said to unlock export opportunities, increase local production and ease foreign exchange constraints, in addition to allowing 500 employees to join the workforce. Completion of the bottling plant brings production capacity in Ethiopia to more than 100 million cases a year and is said to enable Coca-Cola Beverages Africa (CCBA) to integrate the production of inputs such as performance closure and other materials.
Commitment to increase investment was reaffirmed when the coca cola company chairman and CEO James Quincey visited Ethiopia in 2020.
“Through our growing range of products, we look forward to giving consumers more beverage options as well as enhancing industries like food and catering, and tourism in the country,” said Daryl Wilson, Managing Director CCBA in Ethiopia, indicating that Coca Cola has created strong business for more than six decades of investment. 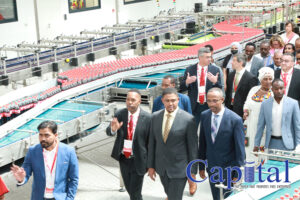 The new plant is also said to enable the company to integrate the production of new products such as Minute Maid juice to Ethiopian market. The Minute Maid juice flavor line-up includes mango, orange, lemonade, berry, and apple.
Speaking during the inauguration ceremony, Melaku Alebel, Minister of Industry, said that the new plant demonstrates the company’s trust in the country and emphasized that the government’s is pulling in efforts to envisage a conducive environment to investors.
The company said in addition to meeting its own demand in the East African country, production of the input materials at the new plant is planned for the export market to generate foreign exchange and supply the local market to help resolve shortages in the sector.
Standard Bank’s comprehensive funding solution is said to have facilitated the opening of the new bottling plant in Ethiopia, which is set to bring further impetus to the growth of the country’s manufacturing capacity.
“Ethiopia is an economy with massive economic potential and long-term growth prospects,” said Taitu Wondwosen, Head of Standard Bank Representative Office, adding, “Through our strong sector and investment banking capabilities, as well as a geographic presence in 20 countries and intrinsic understanding of the continent, Standard Bank is well positioned to continue partnering with our clients such as CCBA to unlock expansion in critical sectors such as manufacturing.” 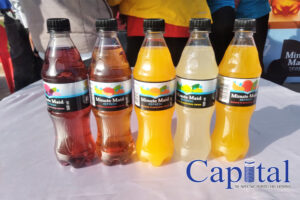 Ethiopia is one of CCBA’s largest and fastest growing markets across its footprint in 14 African countries, with five plants in Addis Ababa, Bahir Dar, Dire Dawa, Ambo (Ambo Mineral Water), and the latest being the Sebeta factory. With the addition of Sebeta, CCBA in Ethiopia has more than 3500 direct employees working in these factories with total production capacity exceeding 100 million cases a year. The first Coca Cola bottle was manufactured in 1959 in Addis Ababa in the Abinet area. 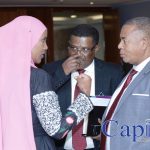