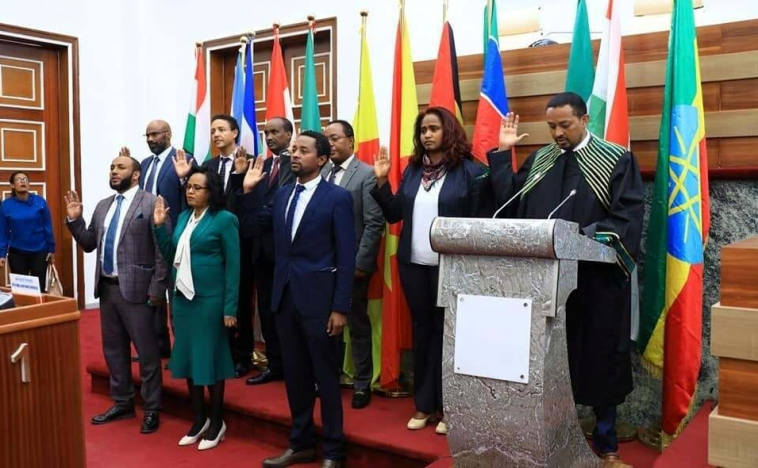 It is to be recalled that the House of Peoples’ Representatives (HoPR) on April 7, approved the appointment of nine new board members of the Ethiopian Media Authority (EMA) forwarded to it by the Prime Minister.

Following this, several media stakeholders raised complaints claiming that the Council violated the Ethiopian Media Authority Proclamation No. 1238/2013. Among the major issues noted in the complaints regarding the appointment’s contravening of the law was the inclusion of political party members and the limited representation of appropriate professionals on the board.

Membership in a political party

Transparency of nomination and appointment

On the other hand, even though the Media Proclamation states that the process of nominating and approving board members of the Authority should be done transparently, no public platform was facilitated to let the populace take part in nominating or suggesting prospective candidates.

This has made various stakeholders question the selection and approval process to lack the transparency and public recognition it should have.

Professional and sectoral diversity in the board

The other concern raised in the complaints is the diversity and professional composition of board members in contrast to the proclamation’s provision.

As laid down in Article 9.5 of the proclamation; it is stated that two of the members of the Board should be from civil society, two from the media sector, two from various institutions and communities relevant to the media, and three from relevant governmental bodies.

In light of this, the board comprised three Prosperity Party members and one senior government official. Redwan Hussein, who is appointed as Chairman of the board, is currently State Minister of the Ministry of Foreign Affairs and previously served as head of Government’s Communication Affairs from 2011 to 2013. The Deputy Chairperson Ambassador Nasissie Chali is serving as Minister of Tourism and has a Bachelor’s degree in Foreign Language and Literature. The other board member from the Prosperity Party Executive Committee is Ambassador Hassan Abdulkadir. And Agardech Jemaneh (Ph.D.) is a government official in Addis Ababa City Council though claimed not to be from the ruling party.

In this regard, while the board lacks the sectoral and professional diversity as put in the proclamation, the absence of professionals from the media has become another major concern.

Ethiopian Media Authority Proclamation declares that the Prime Minister shall nominate 9 Board members who are qualified and able to carry out their duties properly and meet the requirements set out in Proclamation No. 1238/2013 and be appointed by the House of Peoples’ Representatives. Afterward, they will be responsible to oversee the work of the Authority.

In the presence of 243 MPs, the House of Peoples’ Representatives approved the appointment of the nine nominee board members with a majority vote along with 11 opposition and 17 abstinence.

Does the appointment of the new board members violate the law? Can it be amended?

Tesfaye Beljige, the Speaker of the House of Peoples’ Representatives, explained to the members of parliament who opposed the decision that the appointment was made in accordance with the law. He explained that the knowledge, experience, attitude, and past performance of the nominees were taken into account and that members of government bodies were included in line with the proclamation.

Among those that first voiced their concern over the appointment was the Ethiopian Media Professionals Association. The Association issued an official statement addressing its opposition and censured the House’s decision saying, “it is a clear and unequivocal violation of law, showing the failure to implement the law justly. Since it has the potential to harm our country’s media growth, it will make the public lose trust in the legislative.”

The statement also noted that the situation invites skepticism that the house is capable of following up the implementation of the laws it ratified.

Asked whether the association’s statement received any response from the government and the extent of the association’s monitoring of the case, the President of the Ethiopian Media Professionals Association, Tibebu Belete, told Addis Zeybe that they are doing what’s professionally expected from them.

“We haven’t yet got any response. But we hope they will reach out to us as soon as possible if we spare them some time and a monitoring and inquiry team is set up by the association to follow up the case.”

According to the president, the association’s major focus is on the violation of the provisions of the law. “Our opposition is never targeted on the selected individuals. It is apparent that the individuals hold acclaimed positions in their professions and experience. But if the laws put in place consensually can not be respected, it would be the reason for the shrinking of the media,” he said.

Tibebu also relates the loosening of the law as one factor for the underdevelopment of the Ethiopian Media. He urges media professionals to press the government so as to enforce the implementation of the law and install the media on a strong foundation.

“Apart from the inclusion of members of political parties on the board, the absence of media professionals is another major drawback. If the media operates in compliance with the law and can grow steadily, it would be the government which is the first beneficiary,” he added.

A lawyer who preferred to remain anonymous and was involved in drafting the Media Authority Proclamation told Addis Zeybe that, “it’s an indisputable fact that the appointment clearly violated the law. The interpretation of the proclamation’s provision that allows members of government bodies to be included in the board doesn’t mean party members but those who are serving in different positions in the government. Nevertheless, out of the four government officials included on the board, it’s only Ambassador Nassise who is said not to be a party member.”

Regarding the possibility of correcting the appointment, the lawyer asserted that, while it’s clearly stated in the proclamation that party members shouldn’t be included in the board, the House must admit that it violated the law and make amendments or give an adequate explanation. If this is not done, it should revise the decision to the extent of revoking the appointment.

“Since the amendment of the Media Proclamation is necessitated to ensure the country’s media freedom, it must be regardlessly respected,” he emphasized.

Given the appointment of the board members is clearly against the law, many surmise whether it would have some intention from the government’s side. The lawyer said it is difficult to speculate on the motive behind it, but the government should make it clear even if it has any plans to re-amend the proclamation.

On the other hand, Tamiru Tsige, who is currently the editor-in-chief of The Reporter, said that the violation doesn’t only affect journalists but also every stakeholder in the media sector. “While there are many unresolved issues concerning the media industry, there should not be any more matters that could make media personnel distrust the government,” he said.

According to Tamiru, the leadership of the Media Authority is supposed to be run by people independent of political parties, for a wide range of benefits, including the prevention of political interference. “I believe the Prime Minister will accept the complaint and ask the House of Peoples’ Representatives to correct it.”

Several media outlets, including media practitioners, have called on the parliament to reverse the decision. Although Article 9 (2) of the Proclamation stipulates that the process of recruiting and approving board members must be done transparently,  the parliament’s failure to do so has concerned many.

What impact will the new board have on the future of the media?

Well-known journalists and media professionals whom we reached out to comment on the possible effects of the new board on the media refrained from being quoted though they shared the concern.

The administration of Prime Minister Abiy Ahmed is being recognized for providing a relatively better space for media freedom and rights, although many don’t agree. However, journalists, the key players in the matter, preferred to remain silent. This is a clear indication of the suffocation in the sector.

According to Article 14 of the Proclamation, the term of office of the Board members is four years. Stakeholders say it is difficult to imagine how the Board can continue doing its job with the media for the next four years if the House does not accept the complaint and make the proper corrective measures.

The renowned mass communication scholar Timothy E. Cook describes the media under the government’s control in the press-state relations as, “Elites dominate media coverage. Investigative journalism is rare. Most information is provided in terms and frames chosen by elites. Journalists rely on official government sources, either out of choice or necessity. In this manner, media coverage becomes “indexed” to power, or takes cues from governing elites in a process of cascading activation”

Though Ethiopia signed a number of international conventions on media freedom and independence, some say the government’s decision to put party members on the new media board further signals the government’s intention to control the media.

Complaints and questions from various corners also indicate that it would be impossible to tell about the future of the media landscape. 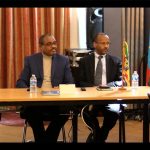 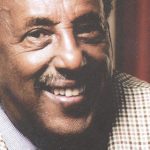