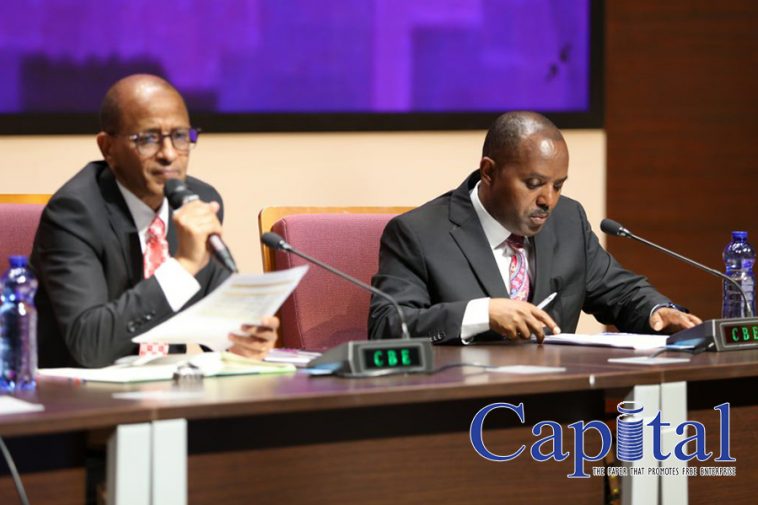 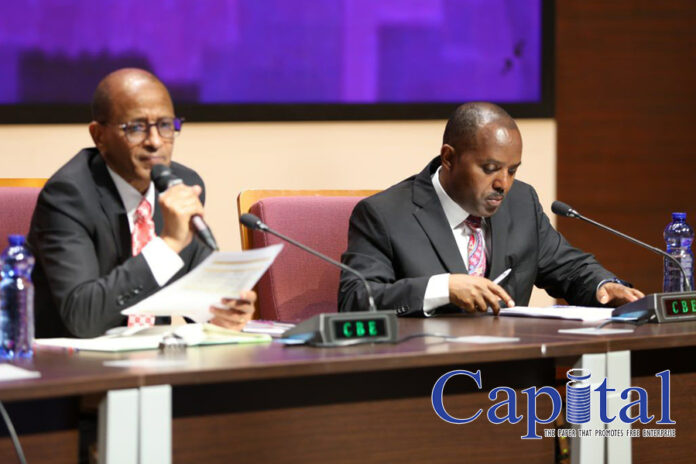 The state financial giant, Commercial Bank of Ethiopia (CBE), continues on its astonishing performance stride for the second consecutive year by surpassing targets despite the challenging economic hurdles faced in the past budget year.
For the financial year that closed June 30, 2022, the financial enterprise disclosed that the gross profit it earned surpassed set targets, in addition to its total asset surpassing over a trillion birr.
According to Teklewold Atnafu, Board Chair of CBE, the ended year was very difficult and was accompanied by several and huge challenges, “the problem is not of CBE or the banking industry or of the Ethiopian economy, but these are global economic challenges that have a ripple effect on us as well, and which sadly are still ongoing.”
He reminded the price spike on food items, petroleum, fertilizer and other commodities in the global market, and adding that reduction of aid and external loans and internal factors like conflict in the north, drought and other natural disasters in the south and other places had huge effect on the economy.
“Despite pressures from external and internal sources in the economy, we were able to register 6.6 percent growth, which I believe within the financial sector is a positive stride in the right direction,” he added.
Abie Sano, President of CBE, said that even though the financial year was full of problems; his bank was able to attain success in comparison to the preceding year surpassing its set targets for the 2021/22 financial year. 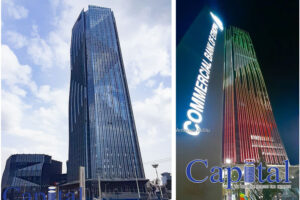 For the 2021/22 financial year, CBE targeted to mobilize an additional 112.8 billion birr in deposits and of it 110.6 billion birr was from the private sector depositors.
“The actual add up on the deposit mobilization was 154.9 billion birr which is 137 percent of the target and 11 percent higher compared with the preceding year,” Abie highlighted.
The private sector contribution for the fresh deposit mobilization was 105.6 billion birr placing the private sector saving position to 655.4 billion birr from the total deposits to stand at 74 percent share.
As of June 30, CBE’s deposit mobilization had reached 890.1 billion birr increasing by 21 percent from 735.2 billion birr of June 30, 2021.
Regarding repossessing of loans and advances that was given in the previous period, the bank targeted to collect 121.6 billion birr, and achieved a sum of 120.6 billion birr which is 102.5 percent higher in comparison to similar period of the 2020/21 fiscal year.
In the budget year under review, the fresh disbursed loan and advances was 179.2 billion birr which showed an increment of 67.6 billion birr compared with the same period of 2020/21 financial year.
According to Abei, the loan that was provided for the private sector was 34 billion birr.
In the year, the foreign currency earnings were USD 2.6 billion of that USD 2.2 billion was secured from remittance. According to the President, the hard currency earnings attained 89.2 percent of the target and were almost similar to that of the previous year.
The bank also provided USD 7.7 billion for import, of that, USD 1.4 billion was for the private sector and USD 995 million for fertilizer import.
“The foreign currency that was supplied for the year had an increment of over 42 percent compared with the same period of last year,” the President said, during the opening session at the annual performance evaluation event held at the newly built CBE HQ skyscraper.
Regarding profit, the bank secured 27.5 billion birr which is 16.3 percent higher than the projection set and 43.9 percent higher from the preceding year.
Similarly, the financial giant’s asset has risen to 1.2 trillion birr from 991.3 billion birr a year ago.
The bank that manages 1,824 branches has 35.9 million deposit accounts of that five million account holders are interest free banking service clients. 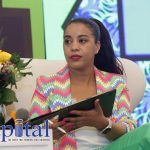