Call for Balanced and Factual Reporting

This letter comes as a response to your recent story headlined “Nile’s CEO Departs, profit down” [Vol.17 Number 869, Dec. 25, 2016]. The viewpoints presented in the article are grossly biased and misinformed. The very intent of this letter is not only to point meticulousness but also to build partnership where there is a room for better communication.

The headline and the first paragraph read “Nile’s CEO Depart, profit down” and “Nile Insurance’s CEO has stepped down following declining profits for the second year in row.” We were asked if the CEO’s resignation was following the decline in profit and responded that Melaku Sisay left the company on his own accord. On the same subject, you have mentioned that Melaku’s resignation came two weeks after the annual shareholders meeting while it was only after a week.

You have described that Nile has reported a zero income from life funds for the second year in row and the information we provided was not even quoted properly. The reporting looks inattentive for a couple of reasons; first, the life fund for the FY was 56, 410, 154 Br portraying an increase of 21.8pc and it was clearly stated on the annual report we provided your good office. Second, if it was meant for profit from life insurance, it’s a regular undertaking to declare life profit every three years after proper actuarial valuation is done, which in our case is 2016/17. It’s not something peculiar to Nile, it’s an industry practice. However, the article sounds as if Nile fails to perform in the long-term insurance during the reporting period.

It was reported that Nile’s Future HQ building is a 35 storey building, while it is actually 25 and clear information of the same is provided. Regarding the building’s contract price, it’s reported as 17 million Br while it’s 173 million Br.

Salary and benefits policy was mentioned quoting some of our employees. We acknowledge that there were employees who raised salary increment and bonus payment issues for the year ended June 30, 2016 and were addressed by the management on time. However, we don’t believe it should be reported generically as if it’s an issue of policy as the company didn’t violate its policy with that regard.

Our salary was reported to be the lowest in the industry according to our “senior clerk”. We have been asked if the same is true and responded that our company has one of the best competitive salary scales in the industry which can be proved. Nevertheless, we didn’t get your mercy to be quoted back in response to our staff’s strong statement.

You have mentioned that 10 department managers, seven branch managers and eight senior level staff have left the company during the recently ended fiscal year. The fact on the ground is, we had two department managers (out of 14 departments), three branch managers (out of 37 branches) and two senior staffs who had left the company during the budget year in their own accord, which we presume is only natural.

Moreover, we don’t see the relevance of reporting such an insignificant number of staff turnovers unless inspired by something else. During the year 2015/16, we had a staff retention rate of 95 percent which is commendable.

You have reported that we have a share worth of 75 million Birr at Bank of Abyssinia and Ethiopia Reinsurance Corporation, which simply is not true. We have 75 and 25 million birr of shares at BOA and Ethio-Re respectively.

Finally, it’s disappointing that Fortune reported and seemingly quoted the perspective of two staff members without seeking or intentionally disregarding alternative views from our company. Thus, the article does a truly great contempt to Nile by failing to present a balanced outlook.

Going forward, we appreciate if you critically pay attention to your editorials prior going public for such thin-skinned matters which would affect credibility on both sides. 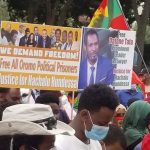 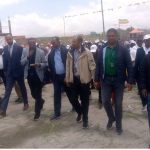