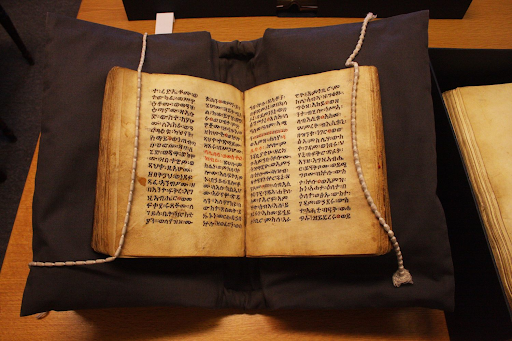 Ancient parchment – which in Amharic is called Brana (ብራና) – is one of Ethiopia’s most treasured inheritances passed down from its forefathers, says Fentahun Yalew, the chairman and a member of the Gondar City Heritage Tour Association.

Highly skilled parchment makers prepare Brana from cow, sheep, goat, and horse skins. They dip the skin in different solutions, stretch the material, and then scrape it back. Using sharp knives to cut off hair and flesh from the surface of the skin, the material is then smoothed and dried.

The Brana is then cut into matching sizes, neatly arranged, and bound (sewed) together by strings to make a volume.

Apart from their invaluable content, these manually produced Brana volumes are beautifully crafted.

A pattern maker (ሃረግ ሰሪ – hareg seri) decorates the edges of selected pages with colorful symbols, embellishing them to make them eye-catching. The shapes of decorations are string, tie, chain, and rope.

The pattern maker prepares the pen and paints in advance.

The colors used for writing are mostly black and red, while red is used to write the names of saints and martyrs. They also use a further seven colors, such as yellow, purple, green, blue, and white, to draw pictures and patterns.

The black paint is prepared from soot while flowers of different colors mixed with roots, leaves, and soil are used to produce different colored paints.

Some inscriptions also suggest that the ancients used melted gold as well to write some scriptures. For example, Emperor David’s adventures at the monastery of Gishen Mariam are written in gold.

The pen (ቀሰም – kesem) is made of reed wood. Its tip is carefully sharpened by a razor blade. The feathers of eagles were also used as pens. 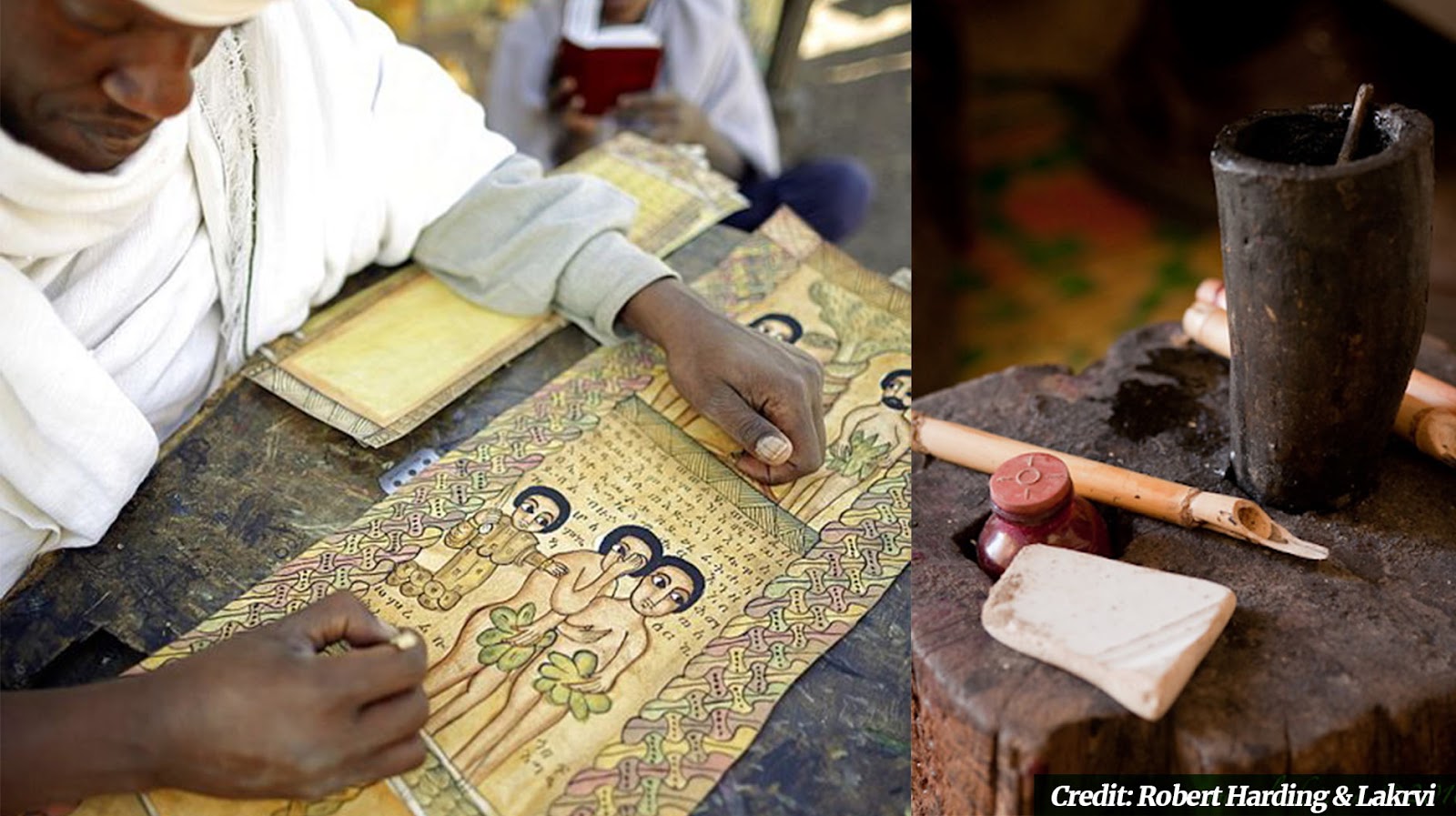 Then the pattern maker sits with his ink pots (የቀለም ቀንድ – Yeqelem Qend) filled with different colors of paint, dipping a reed-pen in the paints and carefully crafting patterns, decorating the pages.

It is after the Brana is bound and decorated that the writer begins inscribing letters on the volume. They always begin writing in red color, inscribing, “In the name of the Father, the Son, and the Holy Spirit.” 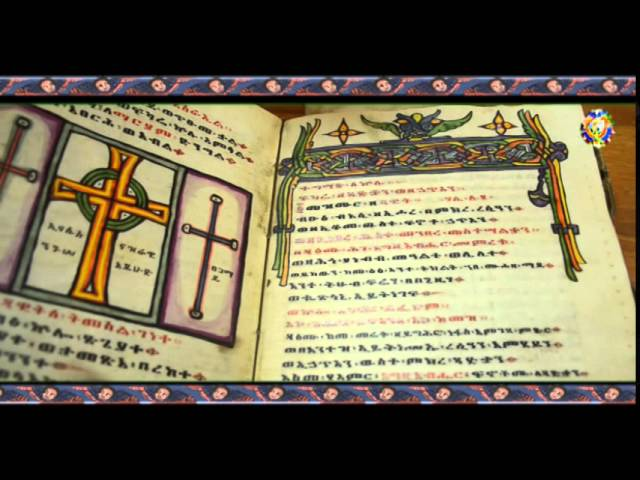 The chairman and a member of the Gondar City Heritage Tour Association, Fentahun Yalew, estimates it may take up to three months for a single page of Brana to be prepared from animal skin, designed by the pattern maker and written on by the scribe.

Anyone studying history and hidden knowledge of the country is recommended to study Geez. In this case, books and scrolls of Geez are the major treasures conquerors loot from Ethiopia during wars and invasions. Germany now offers Geez Studies at the University of Hamburg with a special focus on Geez books and Geez studies.

Before Brana came to use, Ethiopians used to inscribe on solid objects like stones and wood. Later, however, they began producing Brana from various animals’ skins and using it for writing.

Brana was used for writing for over a millennium before paper was introduced to Ethiopia. Brana can last for hundreds of years if the above rituals are observed and the material is preserved properly. Centuries-old Brana manuscripts in Ethiopia that still exist can attest to this.

At a time when most Africans passed down cultural knowledge through oral tradition, Ethiopia’s founding fathers were carving letters and numbers to document and embellish their history.

As a result, Ethiopia is one of the few in the world with its own unique set of letters and numbers.

At a time when modern education was not widespread in Ethiopia, spiritual education (የአብነት ትምህርት – ye abinet timhrt) was provided in monasteries and churches and these learnings are documented through Brana inscriptions.

Brana is used in different forms: it is used as books to write manuscripts on. It is also employed as a small pouch that holds holy inscriptions for people to wear as pendants called Kitab (ክታብ), and a folding chain sinsul (ስንሱል) is also made of Brana.

In the old times, the royals and clergy exchanged messages through letters on Brana. Judgments, rules, ordinances, and wills used to be written on it.

The forefathers, who were gifted with spiritual wisdom, also wrote in-depth explorations of the country’s history, culture, landscape, flora, and fauna.

These books were supposed to be the basis for home-grown development and civilization, art, and culture. However, foreigners are more interested in them than Ethiopians.

According to a 2013 report by Hailemariam Ephrem, there are more than 1 million Brana books in Ethiopia, despite the fact that most of them have been destroyed, lost, and plundered in different parts of the country at different times.

The Ethiopian Research Institute in Addis Ababa University has 1,500 copies of Brana manuscripts while the Ethiopian Archives and Library Agency currently houses 859 manuscripts. 231 manuscripts of the Ethiopian Orthodox Tewahedo Church are found Menbere Patriarch Library and more than 200 manuscripts are owned by the Archaeological Conservation Authority.

On the other hand, numerous Brana books are registered outside of Ethiopia. Of these many of them being in France and the United Kingdom. 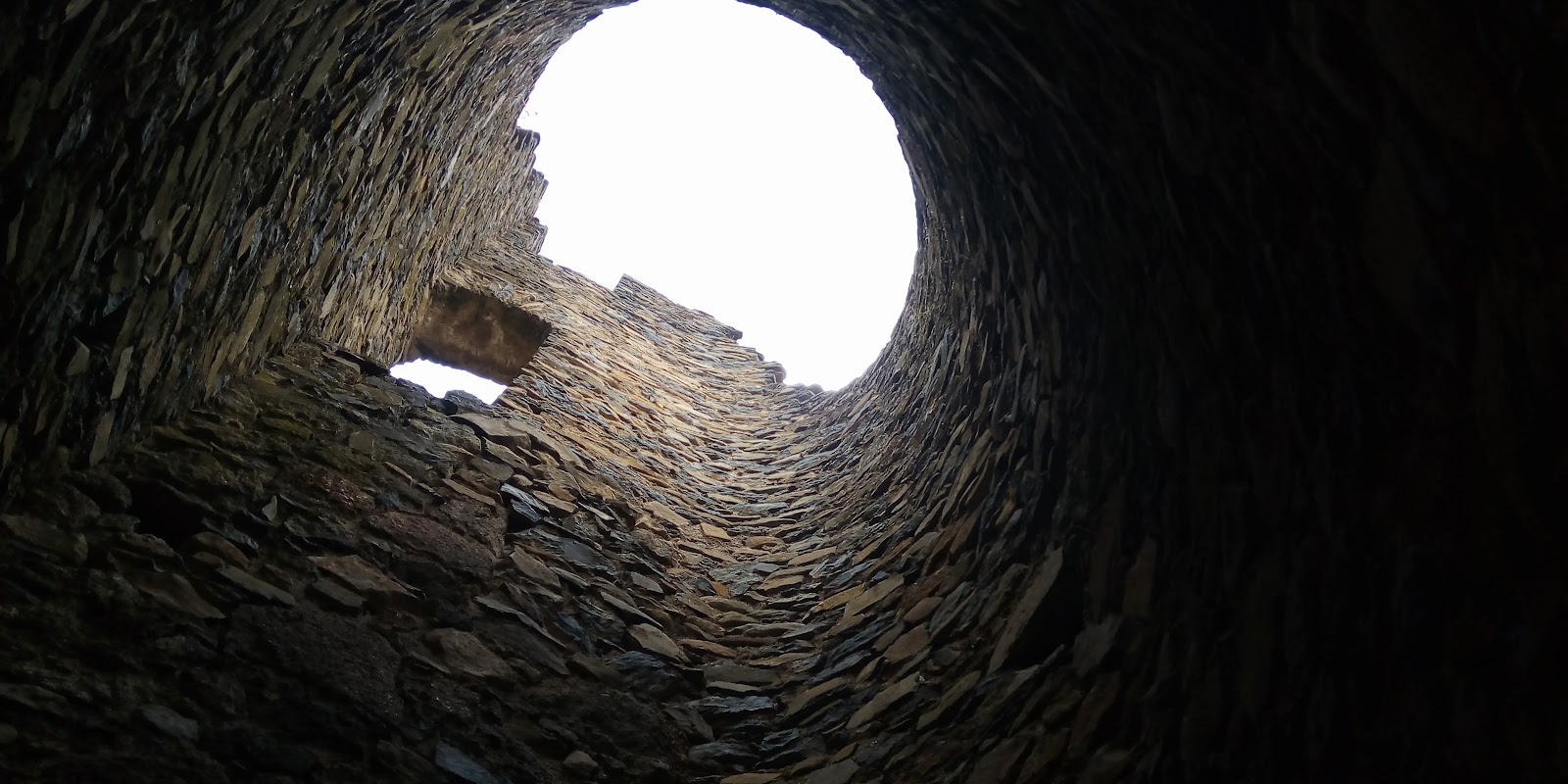 Brana volumes were collected in a modern library-like facility during the reign of Fasilides.

Emperor Fasilides undertook various activities in addition to his building, bridging, and expanding the city of Gondar. One of these was the development of literature. Fasilides had realized that books (scriptures) were key to passing on ancient history, civilization, and wisdom to generations to come.

To encourage writing and documenting, Fasilides erected a tower in his courtyard and established the Royal Library.

Emperor Fasilides (whose regime lasted from 1632-1667) brought together a number of highly regarded writers of the time, who developed their careers with knowledge and diligence. He reduced the amount of the tithing and tax they paid to the governments as encouragement for what they did.

He preserved history and civilization on the Brana volumes, distributing them to churches and monasteries.

The archives in the Royal Library of Emperor Fasilides have been used by his predecessors and their generations. 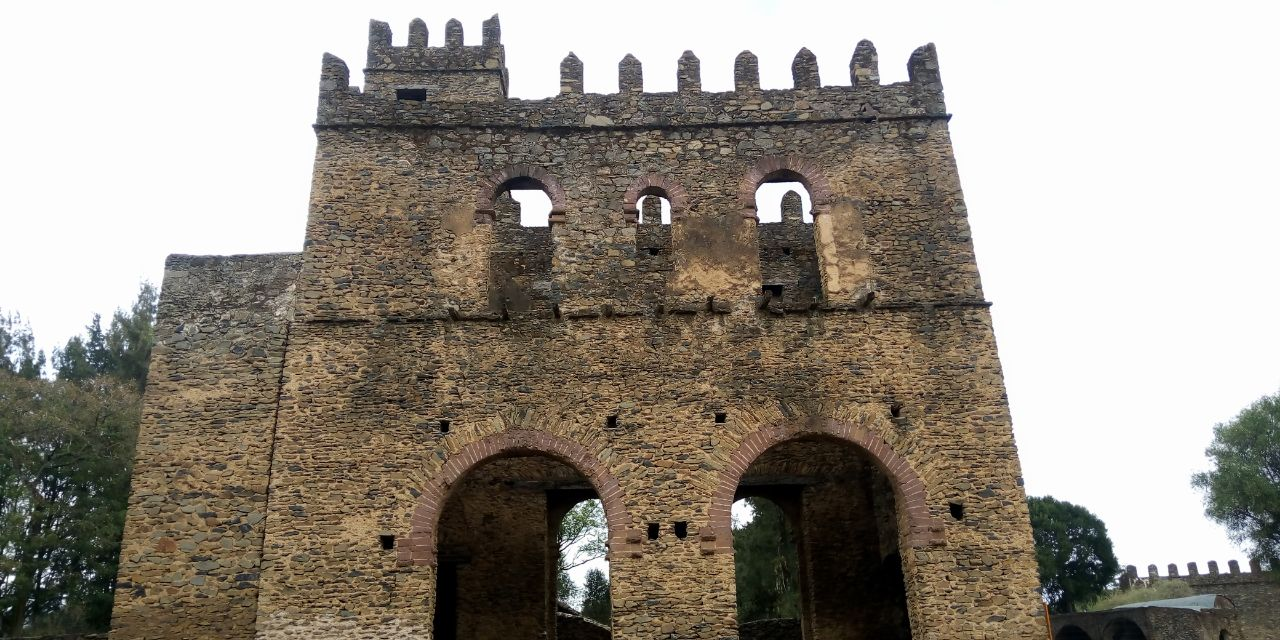 The Royal Library of Fasilides from outside

The library is 16 by 7 meters wide. The floor, the ceiling, the basement and the floors, the doors, the windows, the balcony, and the bookshelves were all made of solid wood, called decorative black wood.

The fourth son of Fasilides, A’ilafseged Fasil, later enthroned by the name of Yohannes I, also followed in the footsteps of his father, collecting various Brana books in the library. The books were manuscripts written on religion, the lives of saints, glories of kings, and other elements of interest at the time.

All of these are currently unavailable. The roof of the Royal Library, which was made of stone and lime, is now completely broken. The wooden floors, doors, and bookshelves are all gone. Currently, the entire building is only partially standing.

Like Fasilides, Emperor Tewodros was also planning to build a big library at Mekdela, his fortress, according to Fentahun Yalew. He was said to have collected a large number of Brana volumes for the library. These books were taken by the British army under General Napier that marched on Tewodros to free British prisoners. Some say, the army burned down what they couldn’t take. 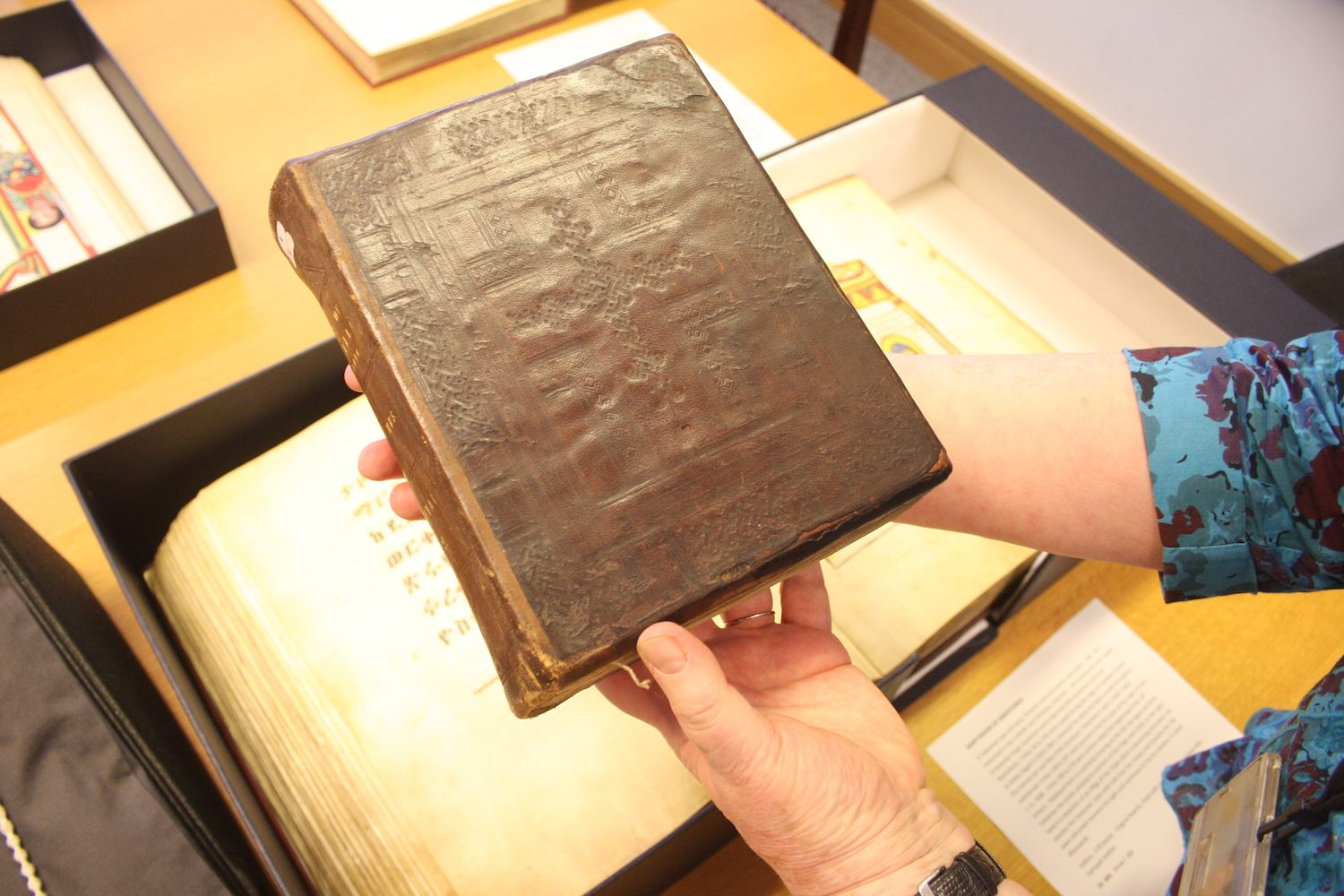 In 1950, a public library was established in Gondar city. Located 500 meters north of Emperor Fasilides’s Castel, this library was the second in the city next to the royal one. It was first managed by the National Archives but now it is under the purview of the Department of Culture and Tourism. 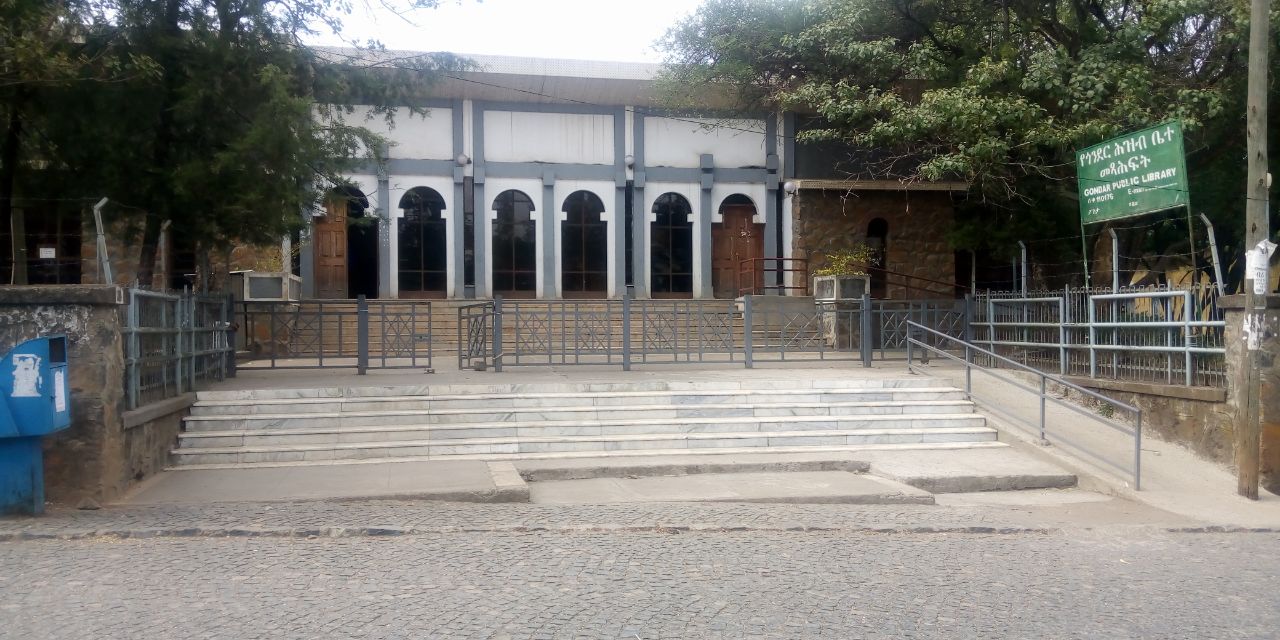 This library has different reading compartments: for children, adults, and people with disabilities.

The Gondar Public Library contains a long list of books and archives.  It contains books, magazines, newspapers, letters, and brochures from the past. More than 57,000 books are found in its public library, in addition to the Addis Zemen newspaper of the 1970s.

Most importantly, the library houses many of the oldest Brana volumes from the time of Fasilides.

However, this public library is not fully operational currently. It has not been able to serve the community properly.

Abay Muche is a staff member of the Gondar Public Library. He says, “The library is in poor shape. It has no fences, no electricity, and no water. The roof leaks and the restrooms are unclean.”

Abay also shares his fear that as there are not enough security guards, the archives are at risk of becoming stolen.

Zelalem Getu, the head of the Gondar Public Library and Records team, says that the public library is the only library in Gondar. It is also one of the oldest libraries in the country.

However, he states, it does not have professional librarians who can help the public in providing the needed books. There are no new books coming to the library to fill empty shelves. He also pointed out that they are working with stakeholders to resolve the issues.

Gondar was once a place where the king himself built a library just 80 meters away from his palace. It was a haven for scholars, scribes, and artists. This once thriving city of literature does not have a proper library now with a reading space for the public. It neither holds an organized institution to preserve the invaluable treasures of Brana manuscripts with scripts of Ethiopia’s millennia old history, civilization and culture. 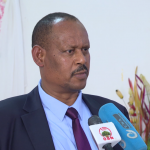 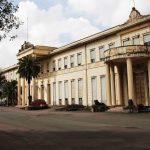