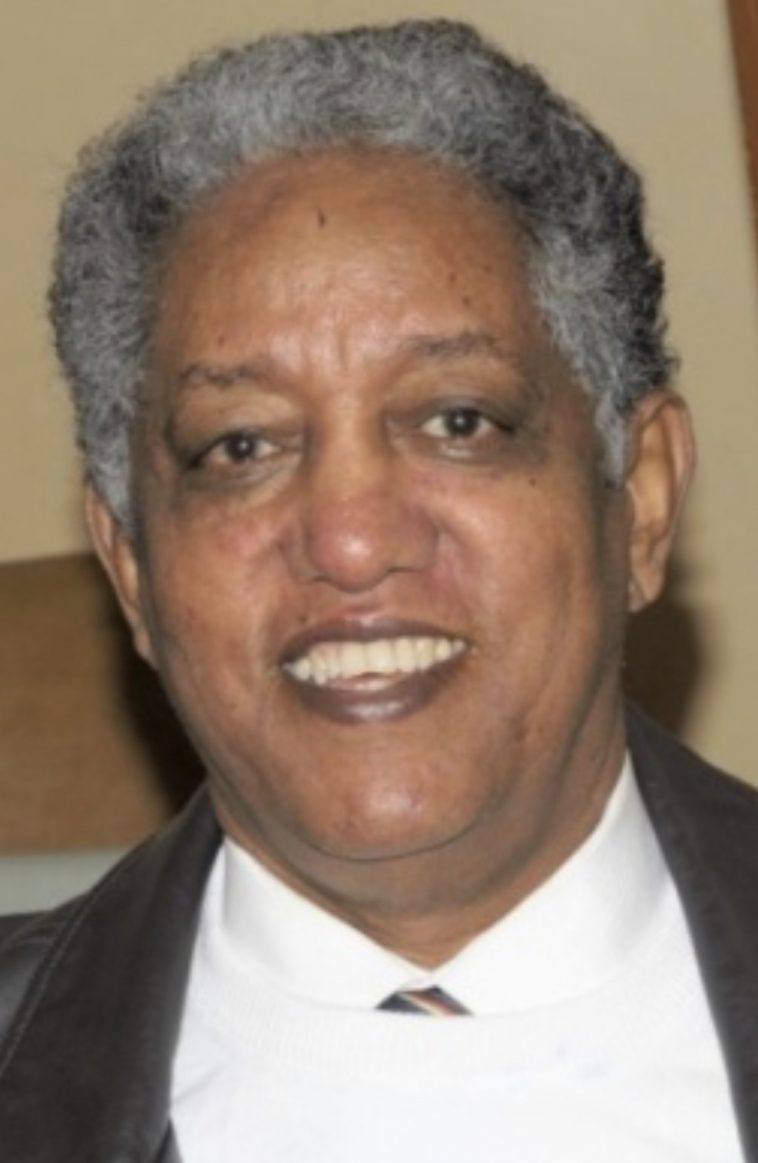 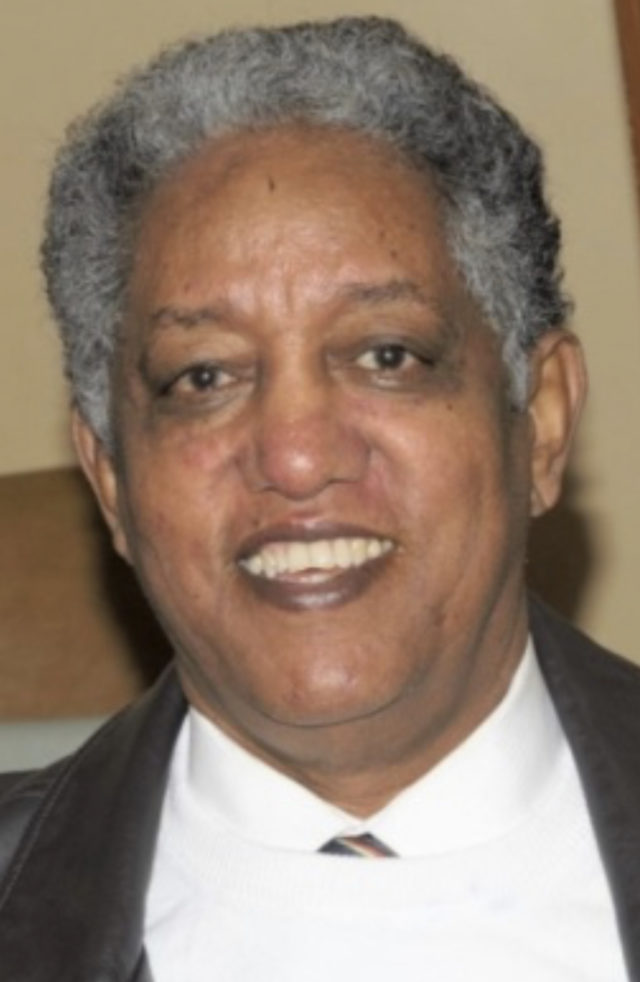 In Canada today is Good Friday which signifies the three hours agony recorded in the bible as a time of darkness commemorating Jesus’s sacrificial death on the cross. It is today that I finished reading the book entitled ‘THE GLORIOUS ETHIOPIA’ written by Dr. Busha Taa and Dr. Kibur Hunie of the University of Gondar. This historic book lifted me out from my sixty years of ignorance on Ethiopia’s glorious history and biblical heritage. I owe the authors a debt of gratitude for educating me of the forgotten and sometimes deliberately ignored history of the Ethiopian heroes and heroines.

My acquaintances and recollections of the authors are limited in scope and content. Candidly speaking I have not met Dr. Kibur in person except a brief phone conversation in 2019. I came across with Dr. Busha briefly and intimately in Ottawa, Canada in the early 20’s. From my brief encounter with him and my attendance of his townhall meetings were positive to say the least. To me he was a scholar of high caliber, a balanced advocate of Truth and
Ethiopianism. He is neither persuaded by ethnicism and religious fanaticism nor by ideological dogmatism, a common phenomenon grinding Ethiopia’s body politics since the 70’s. However, as Gladwell1

said “The world is a lot more complex than we imagine in our first impressions. So, it’s imperative to develop a habit of withholding judgment until you have exhausted all possible or all relevant
explanations.” After reading his book I have no more judgment to withhold. Today, after twenty years, I have come to ascertain my perceptions of this great man mainly through his book that he co-authored with his life partner Dr. Kibur recently. Personally, it is an honour and indeed gratifying to read their book enjoying the spring skies of Ottawa, Canada.

The book is written in flawless English and well articulated in a manner to be easily read and understood by ordinary Ethiopian elites of different backgrounds. Personally, I would have preferred it to be written in Amharic or any other indigenous languages i.e., Oromoofia, Tigrgna, Sidamigna, etc. Yet I give them the benefit of the doubt of why they chose to write it in English. I suspect English is chosen to educate international scholars and the global
community who often have skeptical and biased view on Ethiopia’s glorious past and present. As the book rightly attests international scholars and global powers inadvertently and/or deliberately belittle Ethiopia’s glorious history and its contributions to modern day civilizations.

Truly, the authors skillfully articulated how the international community purposefully undermines or ignores Ethiopia’s contributions to Agricultural development, global trade and commerce, modern day astronomy, and the discovery of the connectivism with GOD. If the objective and purpose of writing this book in English is to raise awareness and understanding of the global audience about Ethiopia’s glorious history and contributions to modern civilization, then the book has profoundly met its objective.

Twentieth century Ethiopian elites and politicians often fight among themselves by glorifying minor differences to prominence. This is done without understanding their centuries old history written in Gold and Wax. many proponents of modern-day politics and Ethiopian history are consumed on the nomenclature of their country between ‘Ethiopia’ and ‘Kush’.

Over the past ten years we are hearing that some Evangelists are working their butts-off to rewrite the Holy-book ‘the Bible’ to change the name Ethiopia (mentioned 45 times in the Bible) to Kush. It looks that Evangelists are unnerved by the fact that ‘Ethiopia’ is mentioned in the bible repeatedly, while America and other European powers are not. This book seems to have given an answer to the dichotomy of modern-day Ethiopian politics surrounding the nomenclature 2

The Ethiopian elites who lacked clear understanding and knowledge of the difference of the two words are using it as a political and religious tool to divide Ethiopians on ideological and religious fault lines. The ignorance of our elites is demonstrated in the fabulous book of the Bushas’ source of evidence and information. In their extensive research the authors extensively researched over 520 manuscripts where 90.4% (470) of them are authored by external scholars and 9.6% ( 50) are written by Ethiopian scholars. The book clearly evidenced how foreigners
understood our historical facts better than our scholars.

The book illustrates Ethiopia’s ancient contribution to Egyptian, Roman, Indian, African, Greek and global civilizations and spiritualism beyond reasonable doubt. The mountain of evidence and references illustrated in the book is indeed breathtaking. Ethiopians from coast to coast to coast owe the authors a debt of gratitude to these scholars of unparalleled intellectual integrity and professional wisdom.

Busha and Kibur’s wisdom are perfected from Oromo and Amhara ancestry through a perfect union of intermarriage of two major groups of the Ethiopian society. Both serving in Gondar University are the true examples and role models of Ethiopianism. Their commitment to Ethiopianism is clearly amplified in their book without bias and partisanship.

The book is a true testament of their professional integrity and their unwavering desire to bringing Ethiopians together. It is incumbent upon all Ethiopians, the educated elite and politicians, administrators, educators, bureaucrats, military, police, law makers, and parliamentarians, to read it in earnest and uprise themselves for corrective actions.

“Glorious Ethiopia’ has unveiled the cradles of Ethiopia’s antique civilization to Ethiopians, Africans, the Middle East, Europe and Asia at large. We now know for a fact that Ethiopia’s 20th and 21st century political turmoil emanates from lack of understanding of our own history and civilizations. A history which has not been taught in schools and higher institutions of learning. A people without the knowledge of their past history, origin and culture is like a tree without roots. For far too long Ethiopia’s modernization and modern education curriculum
focussed on teaching a generation of students about European and American History at the expense of their own.

This is indeed regrettable. No matter how much we regret it would be difficult to undue the wrongs of the past but equally possible to emend it for the future Cognizant that this ignorance has led us to the current political turmoil and instability, Ethiopia needs to invest in educating the young and new generation about the glorious history (past and present) of Ethiopia and Ethiopianism.

Great nations are sustained and/or defended by a generation who understands their own history shrouded in self-
2 https://www.opride.com/2017/08/18/editing-bible-cush-ethiopia-back-cush/

pride. Countries like China, United States of America, Canada, India, Egypt, France, Great Britain, Russia, and Germany ascertained their greatness by educating their people about the history of their nations. Mind you some of these countries existed only for less than three centuries only. Whereas Ethiopia that existed for over three thousand years has lots of history and pioneer civilization to tell than most countries in the world today. This book could contribute a great deal to educating the Ethiopian youth, the lynch pin for the development of Ethiopia’s future.

It is advisable that this book be incorporated as history text book in the curriculum of Ethiopia’s education system so that Ethiopia shall have a special place in the hearts and minds of the young and the future generation. With this I whole heartedly thank the duo authors ( Kibur & Busha) for educating me of my glorious past that I know very little of it. I look forward to meeting them in the near future.

With that I would like to conclude my review by Mandela’s attestation of Ethiopian history i.e., “Ethiopia always has a special place in my imagination and the prospect of visiting ethiopia attracted me more strongly than a trip to france, england, and america combined. I felt i would be visiting my own genesis, unearthing the roots of what made me an african.” Nelson Mandela 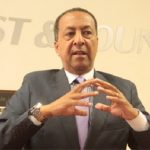