Asserions on Forex Provision by the Central Bank Inaccurate, Misleading

Strenuous efforts are underway to augment the nation’s economic development ambition, as pronounced in the Second Growth & Transformation Plan (GTP-II), realising the attainment of a middle income earning status by 2025.

The Commercial Bank of Ethiopia (CBE), along with other financial institutions, is striving to address the foreign currency component of the investment projects embraced thereby. Adhering to its lion’s share engagement in nurturing the economy with the provision of adequate foreign exchange, the CBE has implemented strategies and programs to increase earnings from international trade and other transactions which so far proved to be laudable.

Accordingly, a total of 2.2 billion dollars has been collected through export and remittance earnings during the first six months of the budget year, beginning July 2016.

As part of its fundamental duties, the CBE has been handling various foreign currency requisitions thereby promoting trade and investment. Recently, by its overall cash flow, the Bank has supplied foreign currency to the private sector – pharmaceuticals and medical equipment, agricultural inputs, leather and leather products, textile and garments – in the manufacturing sector. Besides, foreign exchange has been availed to petroleum and petroleum products, fertilisers, railway projects as well as import of edible oil, thereby sustaining sound supply.

Though, these being the fact on the ground, articles appearing in the successive issues of your newspaper – April 9, 2017, Vol. 17 No. 884 and April 16, 2017, Vol. 18 No. 885 – have portrayed the circumstances faulty, claiming the National Bank of Ethiopia (NBE) has advanced the foreign currency to the CBE.

The CBE finds these assertions erroneous and would like to reiterate that the National Bank of Ethiopia has not supplied the foreign exchange in such a manner and that such mode of execution has never existed so far. Once again, we would like to state that all foreign currency provisions our Bank extended are secured exclusively from its own export earnings and foreign remittances, from the overall foreign currency cash flow position of the Bank. 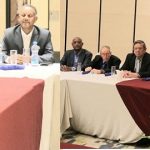 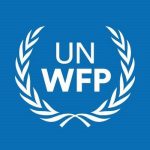