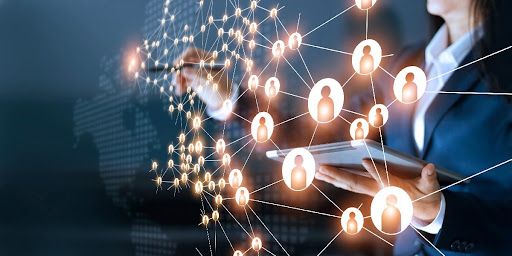 The training offered by the company promises regular weekly income of commissions from selling training packages. The trainees themselves then become  ‘e-brand builders’.

This business idea isn’t new. There have been such companies operating in Ethiopia before.  The US-based Forever Living, Tiens Group from China, and the Malaysian companies Edmark and DXN, Qnet,  Bitcoin Clubs, and Crowd1 are among these companies. The pyramid scheme is the marketing strategy these companies followed.

A pyramid scheme is a business model, where a few top-level members recruit newer members. New members pay upfront costs up the chain to those who enroll them. As new members in turn recruit underlings of their own, a portion of the subsequent fees they receive is also kicked up the chain.

Mesfin Abebe is a marketing lecturer in private colleges in Adama. He says more focus should be on the training content rather than the marketing methods.  As a country with a high unemployment rate, Mesfin suggests, such new business modes should be encouraged. He recalls that many benefited from the previous endeavors.

Ayantu Sheleme and her friends had planned to open a coffee shop after graduating from Adama Science and Technology University. But one friend decided to join Alpha. “He invited me and my friends to join as well but we refused,” says Ayantu. “It seemed like a pyramid scheme to us.”

Ayantu didn’t want to join Alpha because her previous experience with a similar company was discouraging. A friend of hers from her birth town of Woliso had invited Ayantu’s mother to join Tiens. The girl convinced her mother to use the Tiens products, claiming they are remedies for bone problems. But the products had side effects. Her mother lost her money and her health deteriorated.

Tiens was a multinational conglomerate and multi-level marketing company, which operated in Ethiopia for a few years. It was later banned by the Ethiopian government in January 2009.

Ermiyas Kassahun is a resident of Adama. He has joined Alpha Breakthrough’s Yellow Package Powerful process for 5700 Ethiopian Br. (120 USD, exchange rate of 1 USD by 47.5 Br at the time). He was invited (sponsored) by the Debo team, one of Alpha’s partner offices in Adama and the training took three days.

Ermias says the training has made him a better decision-maker and changed his life. He plans to take the next level of training which is the Orange package, called Habit Building, by adding 4700 Ethiopian Br.

Existing members of Alpha recruit new members and get commissioned. Their commission increases with the number of new members. The structure is simple. The training has four packages: Yellow package Powerful process, Orange package Habit building, Green package Mind programming, and Golden package Leadership and team-building respectively worth 100, 200, 400, and 800 points.

For one person, the company allows only four children accounts. The father (mother) gets  16, 17, 18, and 19 % of the share from every child’s yellow, orange, green, and golden accounts respectively. They can get 11,12,14 and 15 % from a grandchild’s account as well. The company offers different bonuses and rewards like tours abroad, cars and houses.

The pyramid scheme has been outlawed in the country since August 2010. The Trade Competition and Consumers Protection Proclamation 813/2013 under article 22 prohibits  these activities that include: “applying or attempting to apply a pyramid scheme of sale, based on the numbers of consumers, by announcing the granting of a reward, in cash or in kind, to a consumer who purchases goods or service or makes a financial contribution and where other consumers through his salesmanship purchase the goods or the service or make a financial contribution or enter into the sales scheme.”

Endalek, a lawyer, says this business network is typically a pyramid scheme but not under the proclamation because it provides services. The nature of the network, he claims, requires clarification on how the government collects tax.

Fitsum Tesfaye is an economist. He claims that the pyramid scheme has negative impacts on the economy and entrepreneurship. He says, “The intention of such networks is to collect the required capital within a short time and mobilize a large amount of money with minimum effort.”

According to Fitsum, these businesses don’t create new resources. They rather encourage the process of wealth transfer from a lower network level to the head. He says the fact that these networks don’t need skilled manpower and that they have equal productive systems and are in for short-term benefits could be dangerous. 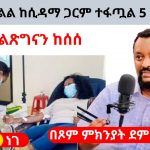 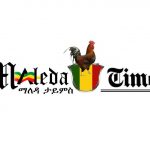