A decade ago in Washington D.C., United States, at a closing ceremony for an Ethiopian soccer tournament at the Robert F. Kennedy Memorial Stadium, the guest of honour, Tilahun Gessesse, emerged on a wheelchair to deliver an emphatic speech.

He concluded by standing upright and expressing his heartfelt gratitude for one man, Mohammed Al-Amoudi. Lyrically, Tilahun thanked him for being a friend in need. The audience stood and cheered as Al Amoudi’s praises were sung.

The next incident of note took place in Peru, South America. While en route to Universidad Nacional Mayor de San Marcos, an institution known for its vast research in the field of astrology, a conversation transpired and the subject of that discussion was the same man, Al-Amoudi.

After exchanging pleasantries, I mentioned that I was university bound and of Ethiopian origin and Al-Amoudi’s name was brought up.

A fellow passenger asked if I knew him. I gave an affirmative response and stated that I knew him by name. It was a proud moment for the distinct reason that I encountered a compatriot in the most unlikely of places, far away from Ethiopia. When I asked him a query about Al-Amoudi, he replied with a fervour that an entire community was aware of him.

He enlightened me about another episode as well. He stated that he knew a man named Victor Hugo Carbajal Snr., who was the mayor of a small coastal city, Mala, which was near our current location. He claimed that Carbajal was once working as a limousine driver in the US capital when he met Al-Amoudi.

That meeting was a transformative experience for Carbajal. Al-Amoudi’s kindness led to the driver starting his own independent transportation business. It eventually resulted in Carbajal returning to his home country where he established himself and became the mayor.

Another conversation where the subject matter was Al Amoudi occurred after my journey ended. I boarded a taxi from the airport to the hotel. I began a casual conversation with the taxi driver, who asked where I was from. I informed him that I was from Ethiopia to which he was taken aback.

He tilted his head towards me flabbergasted and enquired if I knew Al-Amoudi. I smiled and told him that I was not acquainted with the billionaire, but I did know of his accomplishments. That is when he claimed that he had heard great things about him.

The philanthropy and benevolence of Al-Amoudi must be brought to the public’s attention. There is an old Ethiopian saying: what is discussed may be forgotten, but the written word will be remembered and inherited by others.

Al-Amoudi’s contributions merit similar acclaim and must be documented as a gift to future generations. Perhaps most importantly, a timely reminder to his wife and children that they must be proud of their husband and father. 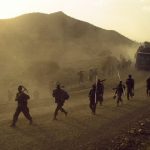 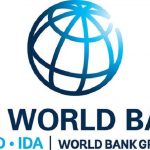