An AU-led, good faith negotiation between the federal government and the TPLF can restore peace to Ethiopia.

Timing is of the essence in any political decision. That is why conflict analysts emphasize the importance of what they call a ripe moment—a time when warring parties perceive that both would achieve their objectives through negotiations instead of fighting.

Ethiopia has reached this decisive moment. The Prosperity Party (PP) arrived at a responsible decision by establishing a high-level committee led by Demeke Mekonnen, the Deputy Prime Minister, to explore the option of ending the brutal war with Tigray through peaceful means.

TPLF has also indicated its readiness to engage in the process and has said that it has set up a team ready to negotiate.

Nearing two years since the beginning of the ruthless war, Ethiopia now has a real chance to restore peace and stability.

Despite recent progress, there is a legitimate concern that the brutal war could return with all its ugly faces and devastating social and economic consequences.

The urgent need to seize this moment becomes apparent only when all parties seriously look at how devastating the civil war has been.

At the moment, it’s not possible to determine the exact number of Ethiopians who died and were injured in the war, but the figure is in the tens of thousands, if not in the hundreds of thousands.

On top of that, millions of people have been displaced and went through deep psychological trauma.

The consequences of the civil war, drought, hyperinflation, pandemic, climate change, and the ongoing Russian-Ukrainian war is pushing Ethiopia to the edge of a dangerous cliff.

If the war with Tigray resumes, it will most certainly be the literal end of Ethiopia and will multiply the already catastrophic humanitarian crisis.

That is why it is vitally important to stop this futile war now. This demands insightfulness, wisdom, courage, and pragmatism from national, regional, and global actors.

The humanitarian truce announced by the Ethiopian government in March and reciprocated by the TPLF has brought a sense of relief and hope. And now, PP’s decision to initiate peace talks should be welcomed by all domestic and international actors.

Such a bold move by a governing party that was fully engaged in mobilizing the whole nation to the war front should not be taken lightly. It surely must have challenged the leaders of the party, given some hardliners within the party are most likely pushing for war.

What is most important is that pragmatism appears to have gained the upper hand in the decision by the PP’s leadership to take practical steps to kick off the peace process.

Of course, as a governing party that ultimately aims to bring stability to the country it rules, this decision may be expected. Indeed, the PP-led federal administration has the primary political and moral obligation to stop the war in the country by devising a comprehensive peace deal.

This doesn’t mean that a government can’t take measures to ensure the rule of law. However, as the Tigray war has clearly shown, the end goal of law enforcement operations is not engaging in a perpetual state of war.

All wars must end politically, and Ethiopia’s case cannot be different.

The current moment has brought hope that peace and stability will prevail as the governing party announced its approach to ending the unspeakable suffering of millions of Ethiopians.

TPLF also has an obligation to unequivocally commit itself to peaceful resolution of the conflict. Sending mixed signals by, among others, questioning the AU-led process and presenting premature preconditions could squander this delicate moment.

Even with genuine goodwill from both the federal and Tigrayan sides, the challenges they will face are very complex.

The peace process is daunting for all involved, and we should not expect immediate breakthroughs. We have had bloodbaths that killed many, and emotions are understandably high. This also means that the trust level is low.

What is advised now is to start with low-hanging fruits such as the federal government consolidating the humanitarian truce which has contributed to much-improved humanitarian assistance in Tigray.

The federal government resuming basic services in Tigray is another measure that should be taken, as it would also help in boosting confidence and enhancing support for the negotiation process from the Tigrayan public.

In these efforts, increased support from the UN and its humanitarian partners who have experience in providing aid in areas controlled by non-state actors would be very helpful.

Before going into the most controversial, thorny matters, it is important to come to a mutual understanding, and also stress to the public, that this kind of negotiation takes time, thus requiring patience and perseverance.

The ride will be very bumpy and there will be deadlocks, frustrating both parties and the public backing them. Such difficulties will possibly give cause for extremists in both camps to interrupt the path of negotiations and return to war.

One of the most complex issues is related to the Amhara-Tigray land dispute. Both regional leaderships claim that the Welkait-Tegede-Telemt-Humera (Western Tigray) area belongs to them, and both think it is a non-negotiable issue.

To achieve sustainable peace in Ethiopia, ethnic federalism must be replaced

What will perhaps be helpful here is framing the issue not merely as a matter of land, but more as a matter of ensuring the safety of citizens living in, and displaced from, the area.

Still, hawkish voices from both sides will continue to amplify the idea that one should lose for the other to win. This approach must be rejected.

This is why thinking beyond short-term political goals is required of all leaders. We need leaders from both sides to behave like statesmen and not short-sighted, populist politicians.

The first expected outcome of the negotiation should be to reach a permanent ceasefire. From there, confidence can slowly be built and the other contentious issues can be discussed.

There are always spoilers from within and abroad. Some domestic and foreign actors would like to see a weakened and fragile Ethiopia that is unable to stand firm and protect its national interests.

It would be naive to expect that these actors would idly sit back and watch when Ethiopians make steps towards the path of peace and reconciliation.

They may act to squander this momentum of peace by taking all types of measures by using the media, aggravating domestic and regional grievances, supporting disgruntled armed actors, and so on.

No matter how the process or the outcome is fair and inclusive, some Amhara and Tigray nationalists would view the negotiation as an act of betrayal.

Consequently, parties in the negotiation should engage in a well-designed strategy, directly and openly communicating with their constituents about the process—both the challenges and outcomes.

It is deplorable and deeply concerning that Eritrea is still in a belligerent mood. What should be communicated to Asmera is that the negotiation will not threaten legitimate security interests it may have, but is solely focused on finding a durable solution to what is primarily an Ethiopian civil war.

It is thus vital to be aware of and not be distracted by such spoilers while maintaining a commitment to solving the conflict solely through negotiations.

The peace process requires support from domestic organizations and regional and international partners. But, this does not mean multiple peace tracks that may complicate the process should exist.

This is why the AU-led peace process should be the only path, while other partners, neighboring countries, and the UN should extend requested assistance while restraining themselves from creating parallel tracks that may compete with and undermine the process under the auspices of the continental organ.

Facilitators of negotiations, of course, are not always fully impartial. There are always personal, national, and institutional interests.

It is thus unrealistic to expect that the AU-led process will be completely impartial and free from the vested interests of the institution and people engaged in the process.

However, so long as facilitators provide equal treatment to all parties and their interests, which the AU can surely do, and all parties accept the reality that facilitators are never fully impartial, negotiations can be fair and effective.

The African Union must intervene to stop the war in Ethiopia

For instance, when America acted as a peacemaker between Egypt and Israel at Camp David, it was not a fully impartial actor as it had a stake in the outcome. And both parties were aware of that. Yet, the US-led process led both countries to reach a historical agreement.

Another challenge is implementation.

We are, of course, not there yet, but it is important to remember that the process heavily influences the potential execution of any future peace agreement.

Making the process inclusive by consulting all relevant domestic actors and garnering the support of the international community will be crucial to ensure the eventual effective implementation of agreements.

The people of Ethiopia have suffered enormously due to the brutal civil war. This moment has finally given them hope—hope that they will see the restoration of calmness, accountability for grave human rights violations, reconciliation, restoration of broken social fabrics, and the healing of psychological wounds.

Achieving these ends will be very difficult, but it is possible if both parties seize the current momentum and engage in the negotiation process in good faith. 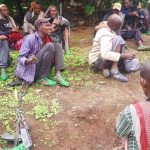 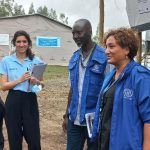