Hundreds of thousands of people could die of starvation if the extent of Africa’s food security crisis is not recognised, says Isak Pretorius, CEO of the largest indigenous African non-governmental organisation, ForAfrika.
“The food crisis – and rising malnutrition – affecting our continent is real and pressing, and I urge people of conscience to rally behind the people of Africa,” he says.
In contrast to what is often reported, drought in Africa extends far beyond the Horn of Africa, and hundreds of thousands of people across Central and Southern Africa are at risk as a result of not enough food being produced in the region this year, says Killen Otieno, ForAfrika’s chief of operations.
Urgent aid is needed to prevent parts of the Horn of Africa region that encompasses Ethiopia, Eritrea, Somalia, Somaliland and Djibouti from sliding into famine, Otieno says. In addition, drought and heat stress are evident as far south as north-western Namibia, south-western Angola, northern and central Mozambique, Malawi and Madagascar. 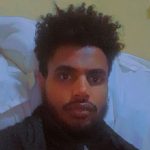